Man United vs AS Roma: Meet The Roma FC Player That Have Score 7 Goals Against Man United

By Societyhub1 (self meida writer) | 19 days

Dominant Manchester United gets a job done at Old Trafford as they defeat Granada 2-0 to set up a UEFA Europa League semi-finals encounter with AS Roma.

The Red Devils made things look so easy in their quarterfinals tie against a lowly Spanish side with the Red Devils doing a double on the Spanish side. Manchester United defeated Granada home and away to cruised to the semifinals of the Europa League.

AS Roma on the other hand eliminated the 2017 UEFA Europa League finalist to progress to the semifinals. Roma defeated Ajax 2-1 in the Netherlands and hanged on to their lead to secure a 1-1 draw in Rome as they finished the tie on a 3-2 aggregate.

Ajax is not a small team and they were Europa League finalist in the 2016/17 season, losing 2-0 to Manchester United who won the trophy under Jose Mourinho.

Although, Manchester United have a better head-to-head against Roma having won the Italian side 4 times, drawing 1 and losing 1 in their history both teams have not met in the UEFA Europa League before. 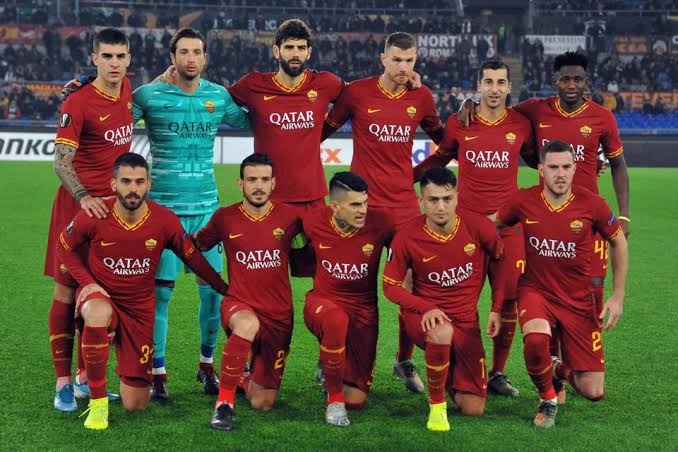 Let's take look at past match results between Roma Madrid and Man United.

However, despite these good statistics, one Roma player is fond of scoring Manchester United whenever he faced them. He has scored seven times against the Red Devils.

According to Squakwa Football reports, As Roma striker has scored more goals against Manchester United (7) than any other English Premier League clubs in his career. 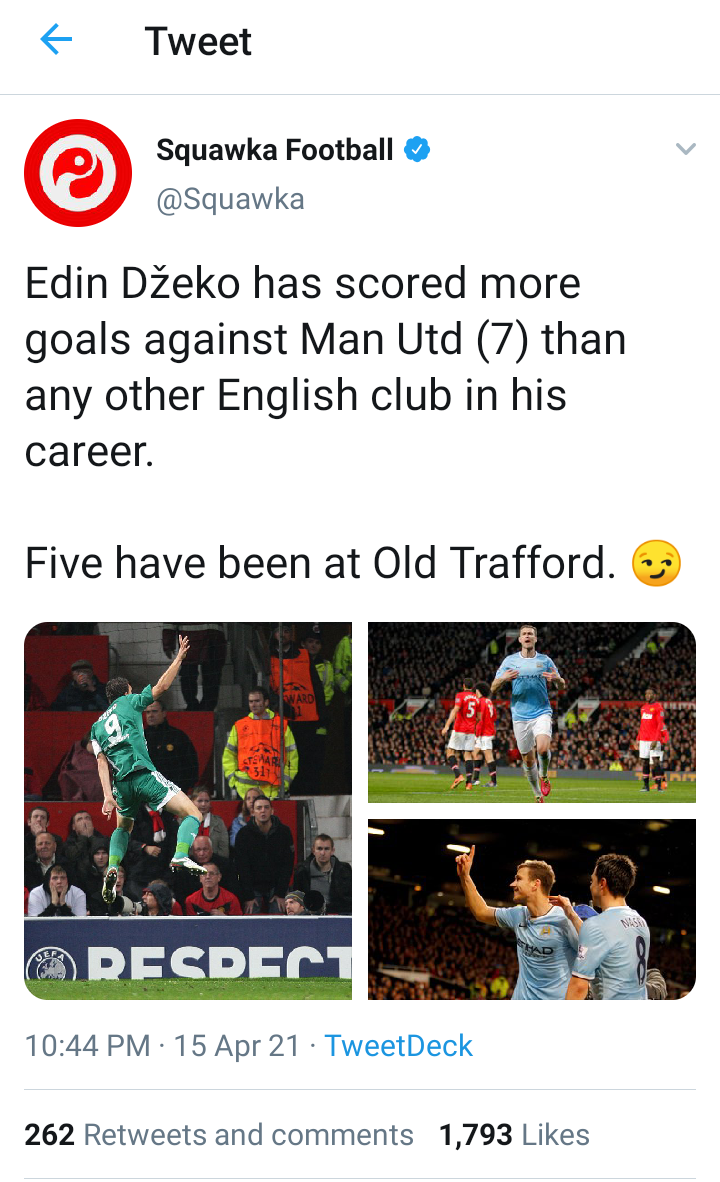 Edin Dzeko is a former Wolfsburg and Manchester City striker who has scored seven goals against Man United during his short stint with Man City in the Premier League. 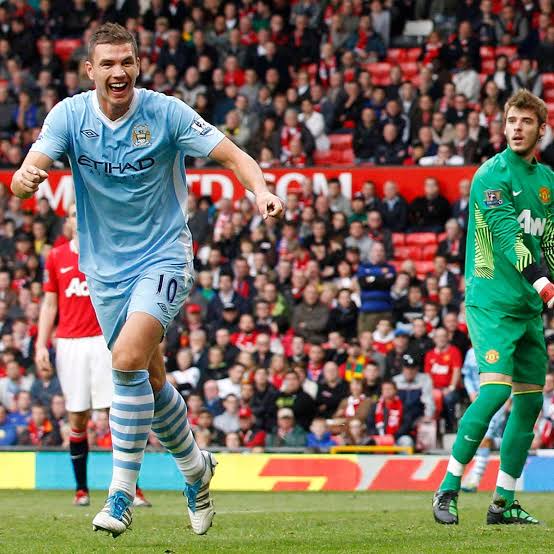 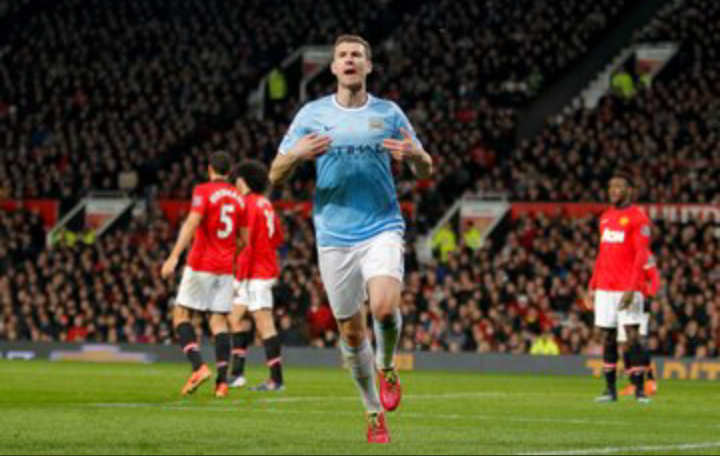 Edin Dzeko scored five goals against Manchester United as a Man City player with two goals coming in the famous Man City's 6-1 humiliation of Man United at Old Trafford in 2011. 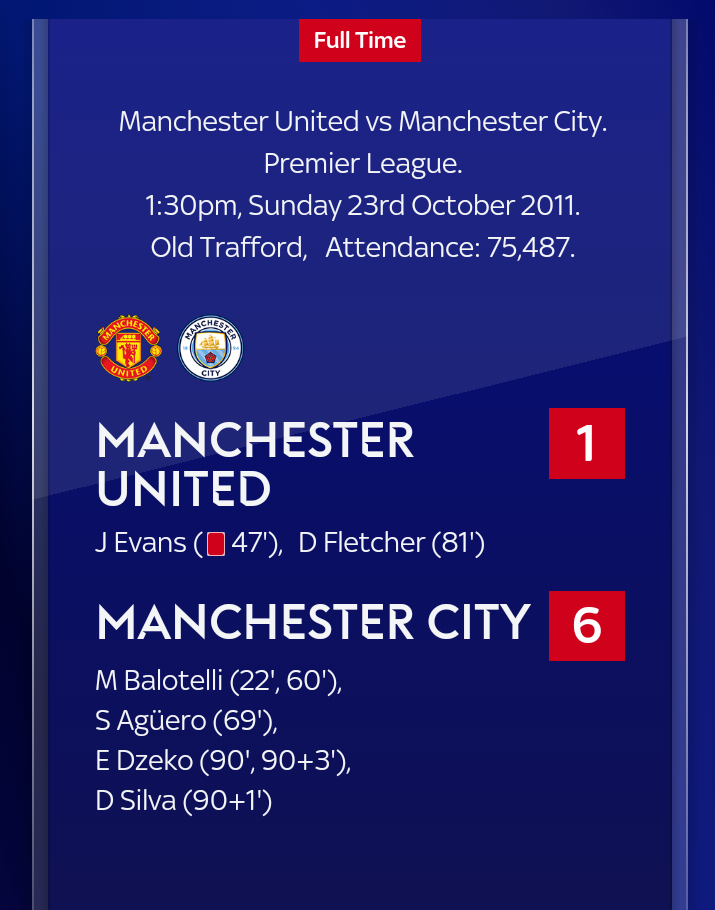 Two other goals came in another 3-0 thrashing at Old Trafford while the other goal came in the Community shield. Edin Dzeko also scored two goals against Manchester United in the UEFA Champions League as a Wolfsburg player. Edin Dzeko's Roma will face Manchester United on the 29th of April for the first leg of their semifinals clash and he will be hoping to score more goals against Man United. 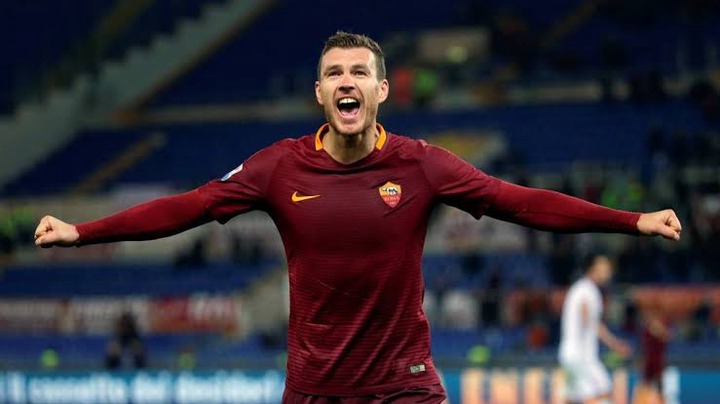 What do you think about the match, Do you see Edin Dzeko scoring and helping Roma to eliminate Man United in the semifinals or Harry Maguire and Wan bissaka will neutralize his threat and forge him to have a bad game?