By Martsyl (self media writer) | 15 days ago

Accumulation of Premier League points is very necessary for any team that wants to remain at the top of their game. The more points you acquire, the more you are considered to be among the best in the league. 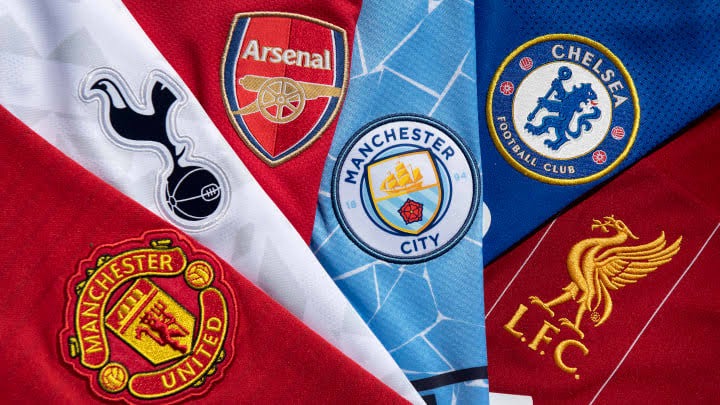 For total league points accumulated since the history of the Premier League, Manchester United has a total of 2,322 points followed by Arsenal 2,082 points. Other top teams like Chelsea and Liverpool have a total of 2,080 and 2,032 points respectively.

The table below clearly shows why Manchester United is considered the best club in the Premier League in terms of points accumulated over the decades with almost 300 points difference between the rest of the top clubs. 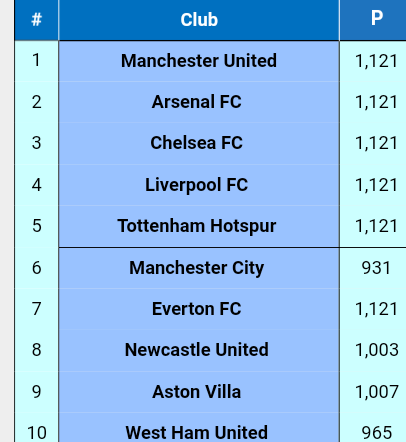 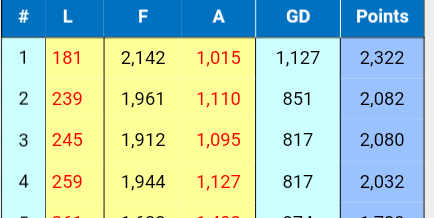 Over the recent years, the Premier League clubs took a different dimension, top coaches like Guardiola, Jurgen Klopp, and Jose Mourinho took charge of top clubs and won league titles with them. Pep Guardiola and Klopp created a healthy competition between their clubs and won the league titles by setting records.

Pep Guardiola became the first coach to win the Premier League title with 100 points while Klopp led Liverpool to their first-ever Premier League title in thirty years with a total of 97 points. Both coaches made it very hard for Chelsea and Manchester United as they tried to cover up the gap between them.

The first club on our list a Liverpool, they have a total of 279 points with a goal difference of 156 while Manchester City is just one point behind them. 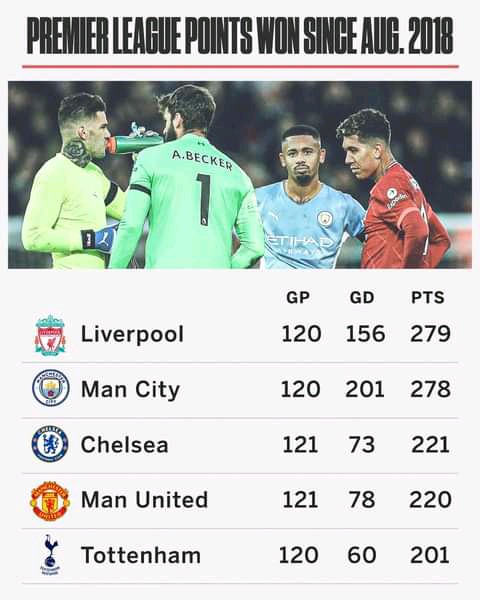 From the table, we can deduce that Liverpool and Manchester City dominated other top English clubs over the recent years but with the recent turn out of events Chelsea might be up there with them before the end of this season.