By Moneymedia (self meida writer) | 28 days

In this article we look at our Super Eagles and other Nigerian footballers who participated for their club sides across several leagues during the weekend. 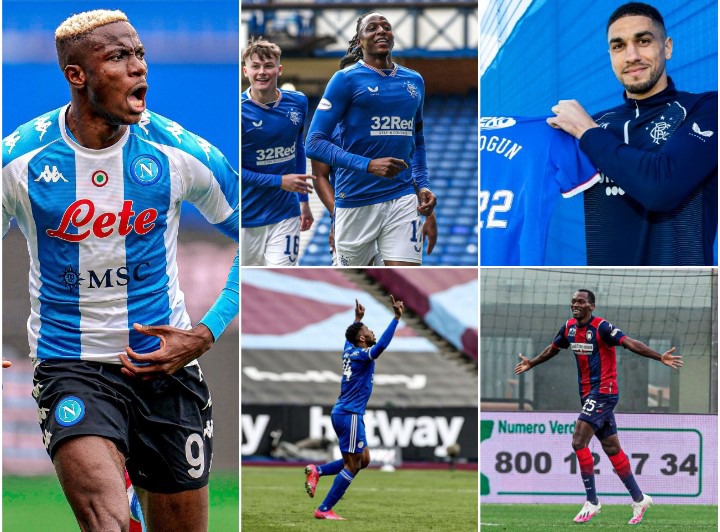 In Italy, Victor Osimhen scored a goal in the second half to give Napoli a 2-0 win over Sampdoria on Sunday afternoon. He latched on to a pass by Dries Mertens, went past the defender and fired into the near post. 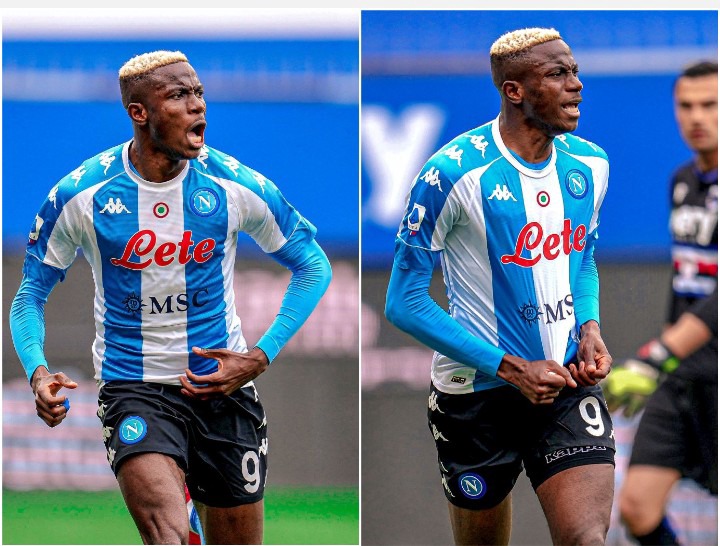 Still in the Serie A, in-form Super Eagles striker Simy Nwankwo scored again this weekend. His second half strike wasn't enough as his Crotone side lost 3-2 away to Spezia. He now has 16 goals and 2 assists this season and is 4th on the Italian goalscorer chart, above names like Insigne, Lautaro Martinez, Zlatan Ibrahimovic and last season top scorer Ciro Immobile. 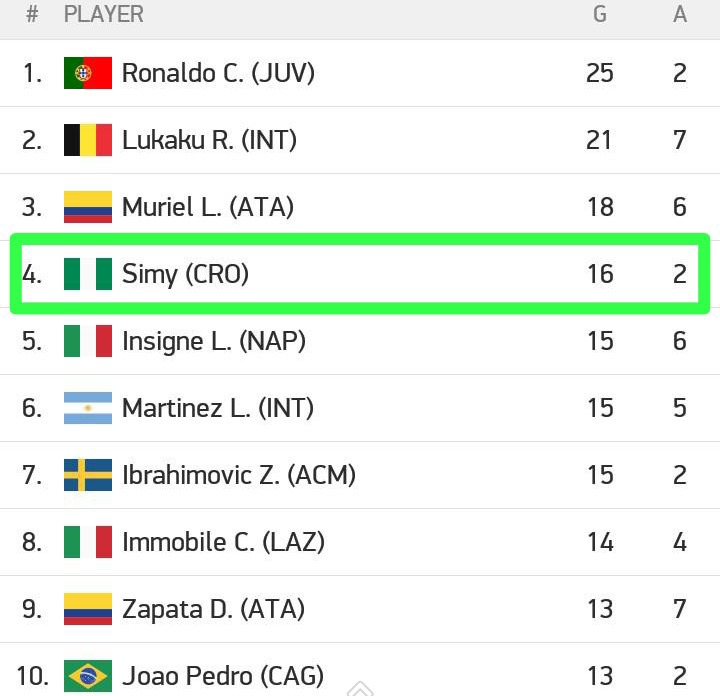 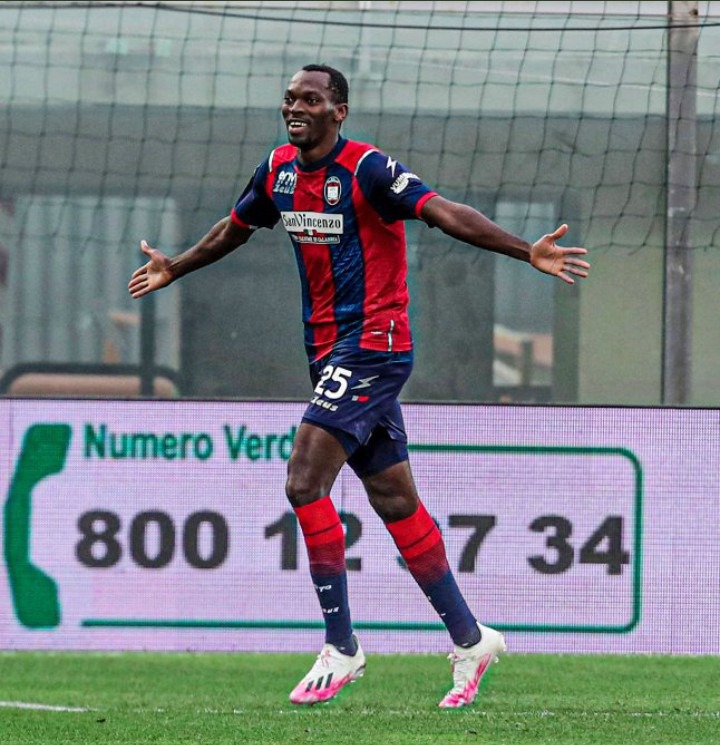 Simy wasn't the only Nigerian striker to lose even though they scored at the weekend. In the English Premier League, Kelechi Iheanacho scored not one but two goals for Leicester but still lost 3-2. They were already three goals down before he got on the score sheet. 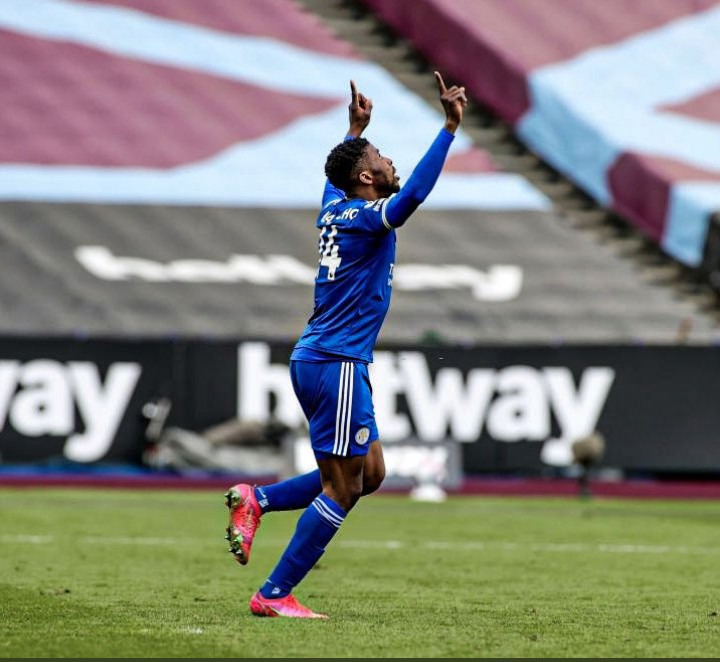 Alongside 'Senior man Kelz', Wilfred Ndidi also played the full 90' for Leicester against West Ham but his efforts were not enough to prevent a defeat. 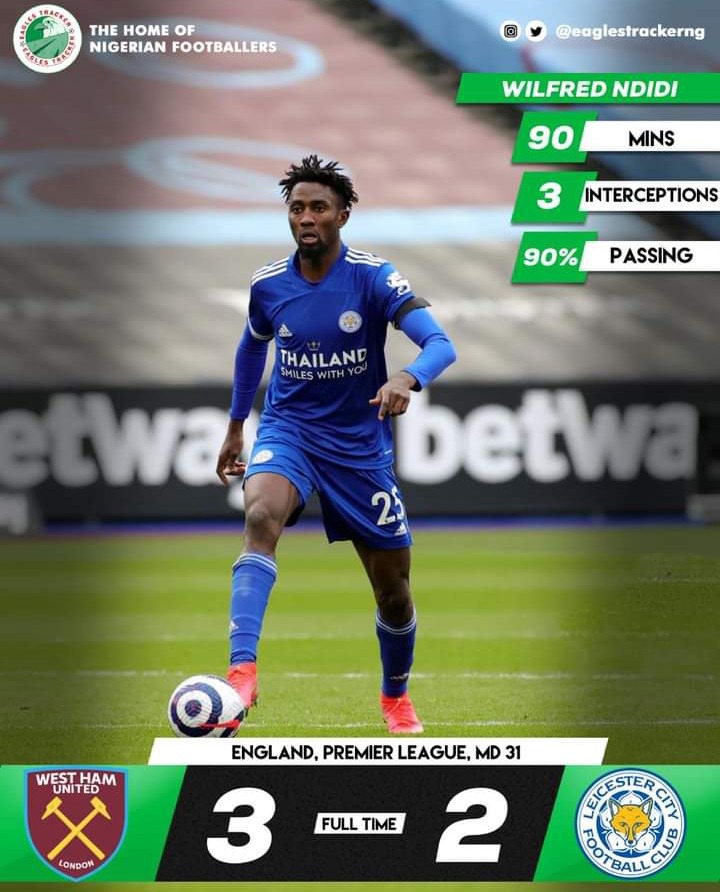 In the Scottish Premier League, Joe Aribo scored his seventh league goal for this season's champions Rangers FC. He opened the scoring for them in the 20th minute of the first half against Hibernians Edinburgh. 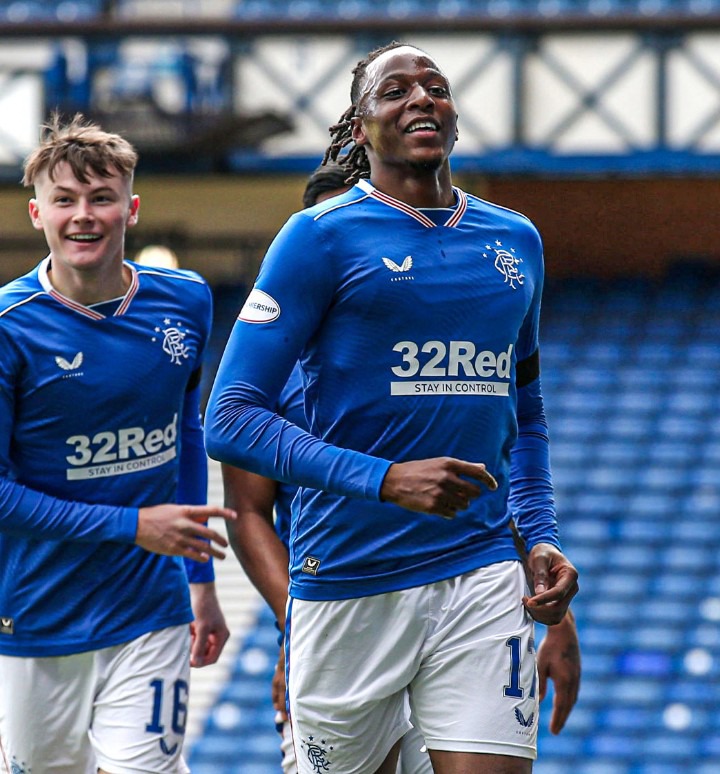 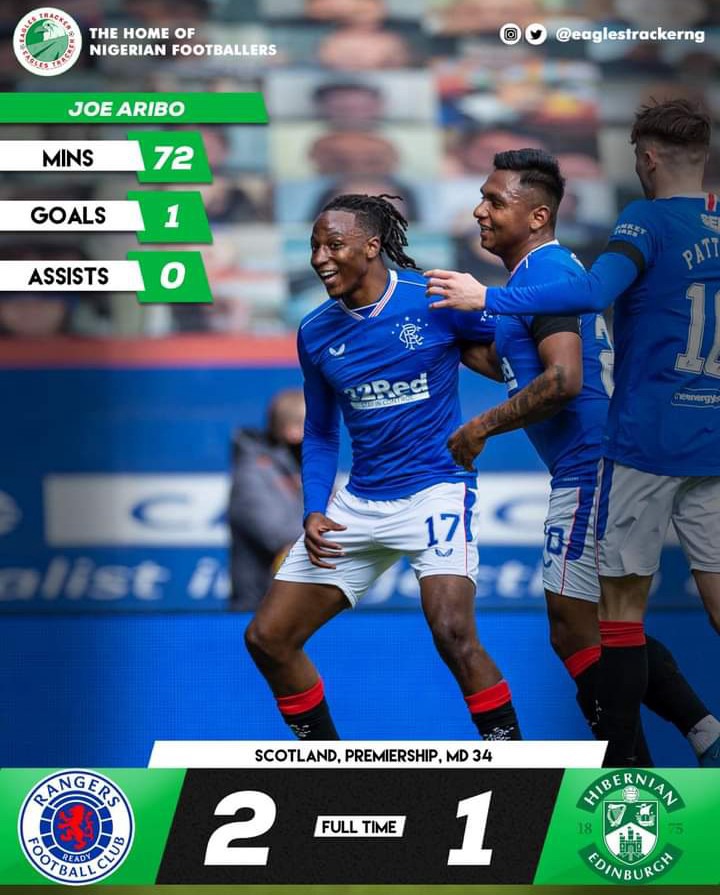 Aribo's club and Nigeria national team mate Leon Balogun secured a new one year deal with Rangers. The 32 year old center back is going to remain at the club at least until the end of next season. 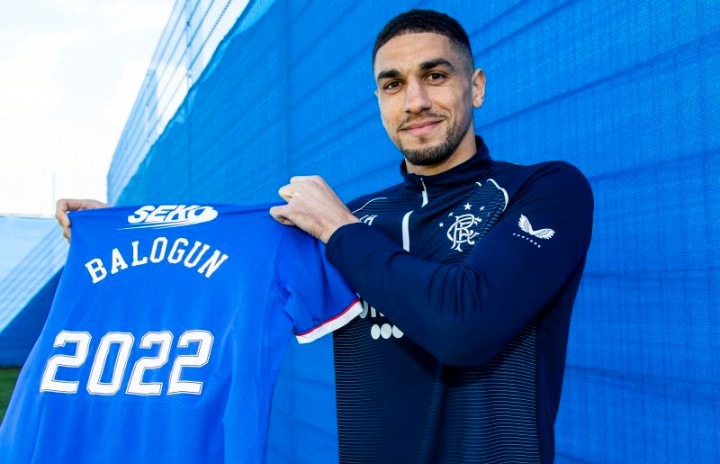 In the English Championship, William Troost Ekong led his Watford team to three points as they moved even closer to secure promotion to the Premier League. They won 2-0 against Reading who featured Michael Olise and Ovie Ejaria. 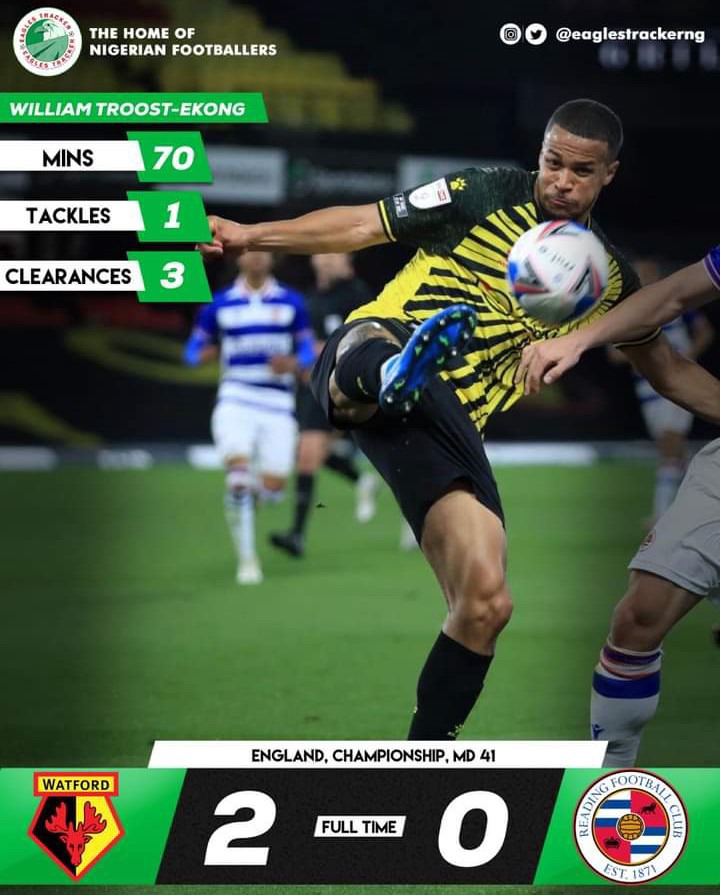 Meanwhile, former Super Eagles captain John Obi Mikel played the full match for Stoke City who fell to a 2-0 defeat at the hands of Birmingham. 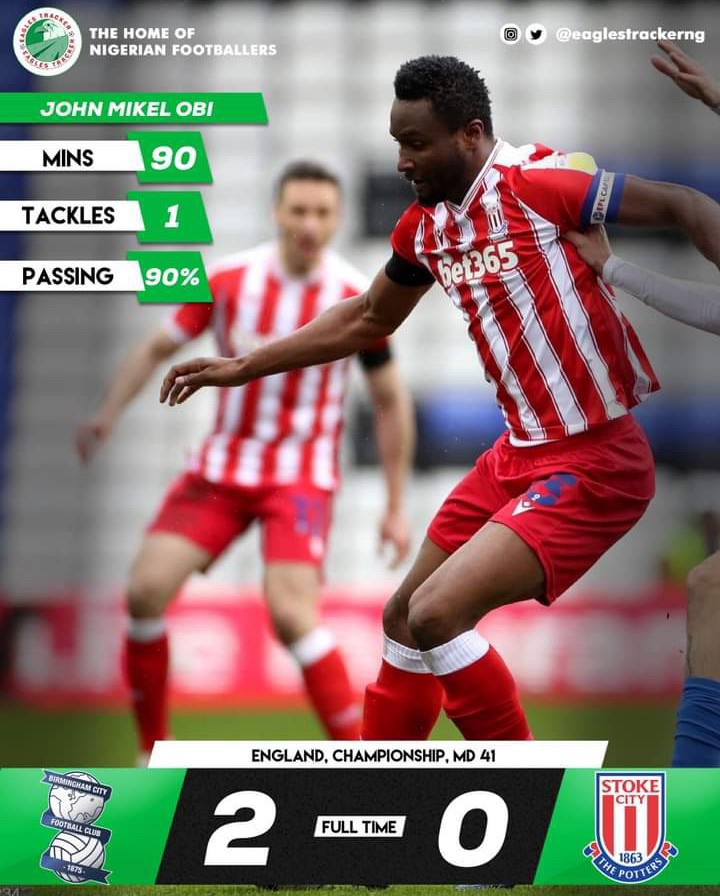 In the French League, Terem Moffi scored the only goal for Lorient who lost 3-1 to Lens. 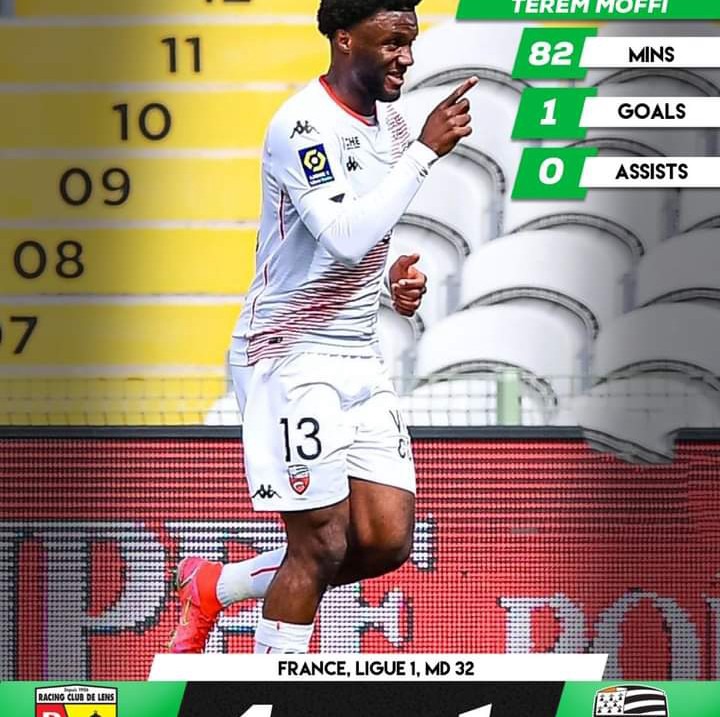 Paul Onuachu was carried on his impressive goalscoring form in Belgium this weekend. He was one of the goalscorers for his team's 4-0 drubbing of St Truiden. He has now scored in his last four league matches and has 27 goals in 32 games. 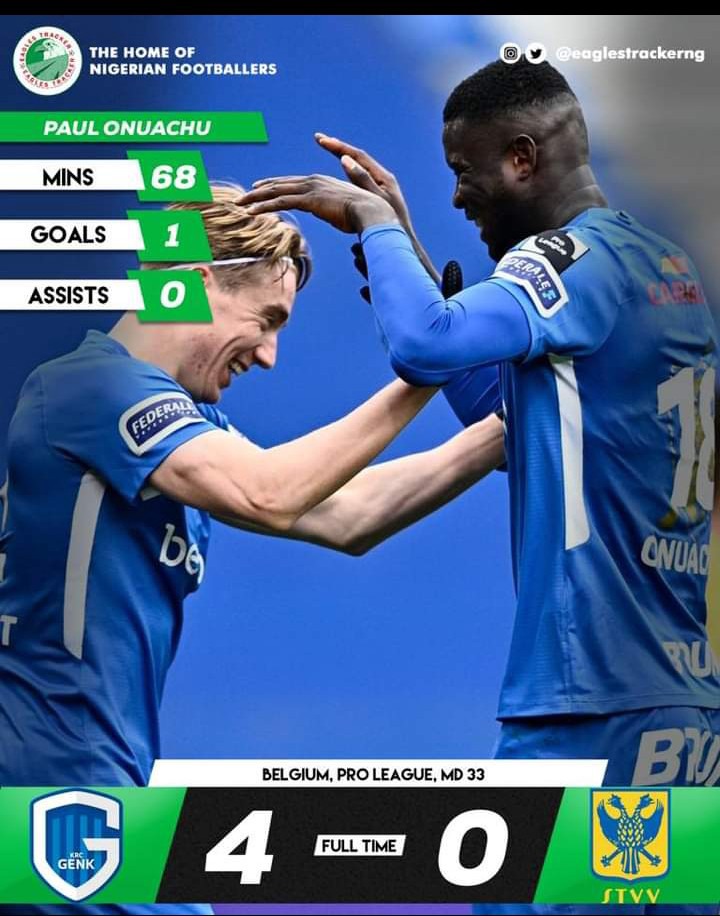 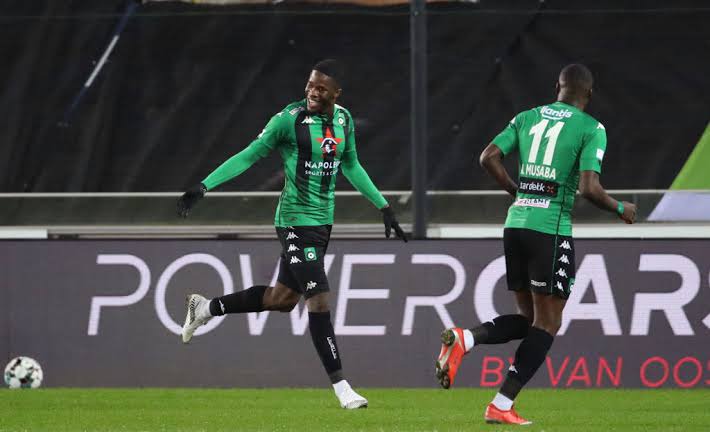 Zaidu Sanusi produced another solid performance in Portugal at the weekend. The left back kept a clean sheet for Porto and helped them to three points. 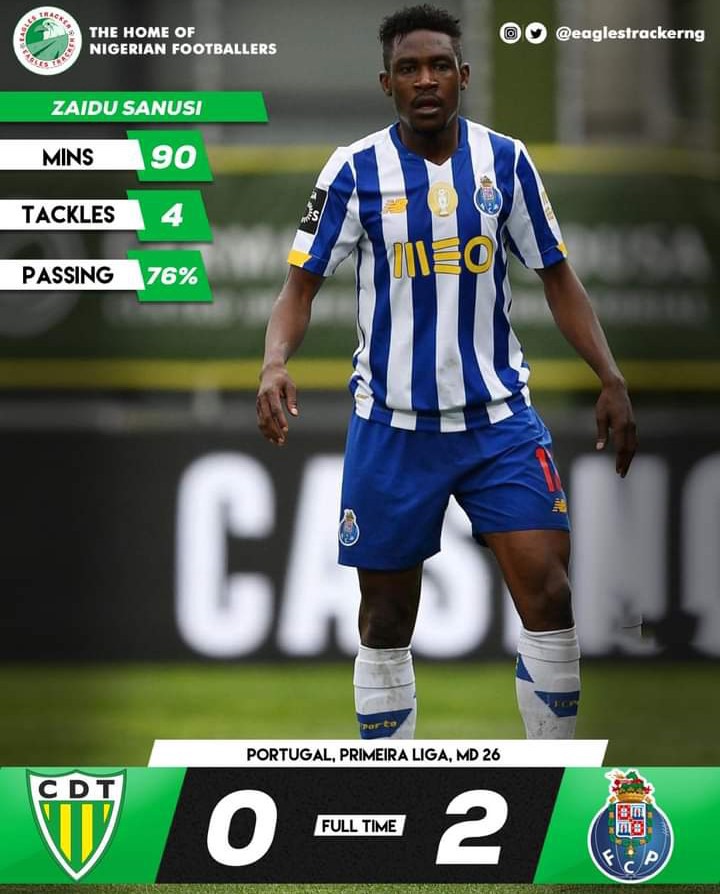 Chidozie Awaziem was once again the captain for Boavista on a match day. He led his team to a 3-3 draw. 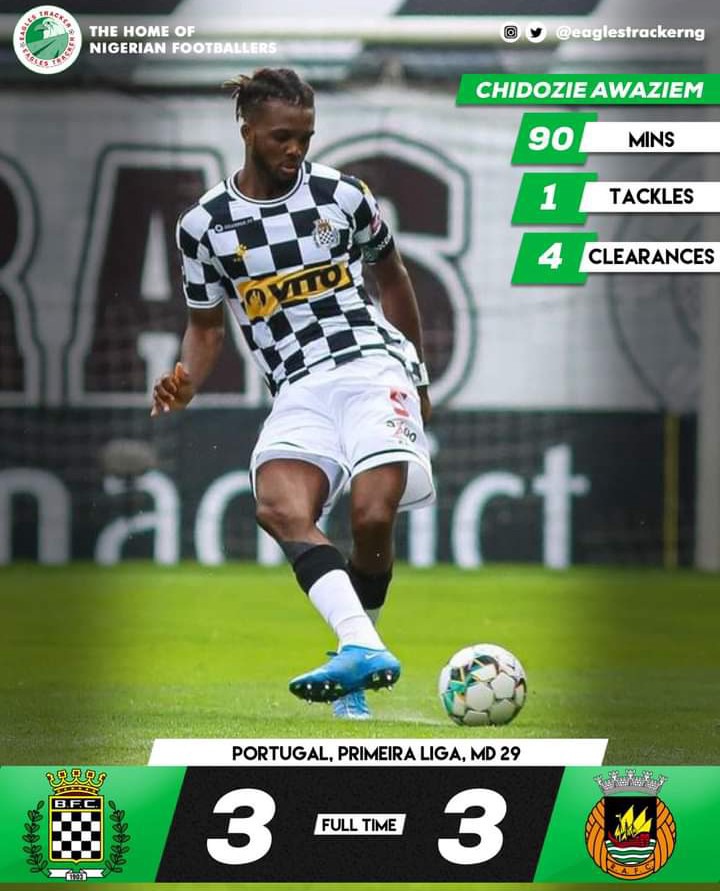 In the Turkish top flight, Oghenekaro Etebo played 83 minutes for 10-man Galatasaray who struggled to a 1-1 draw. 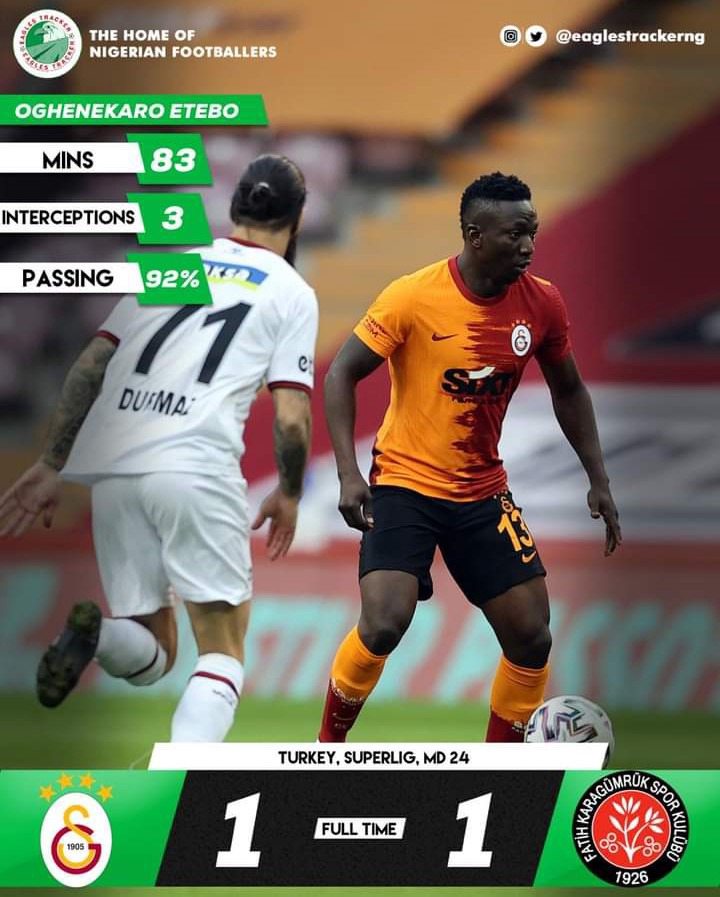 In Austria, Karim Adeyemi bagged a brace for Salzburg who won 3-0 on Sunday. He was assisted by Noah Okafor for his second goal. 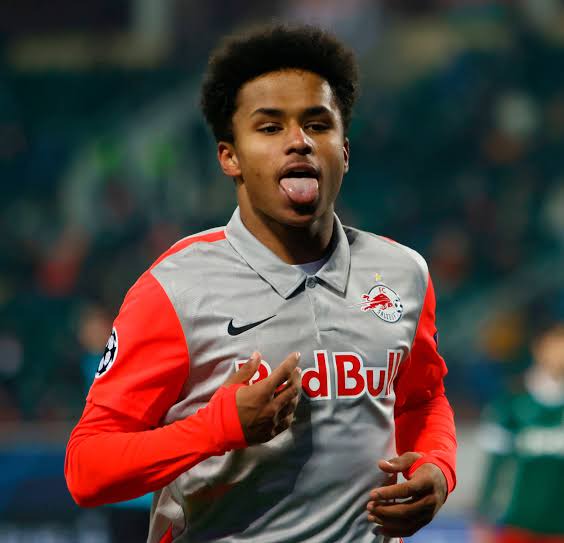 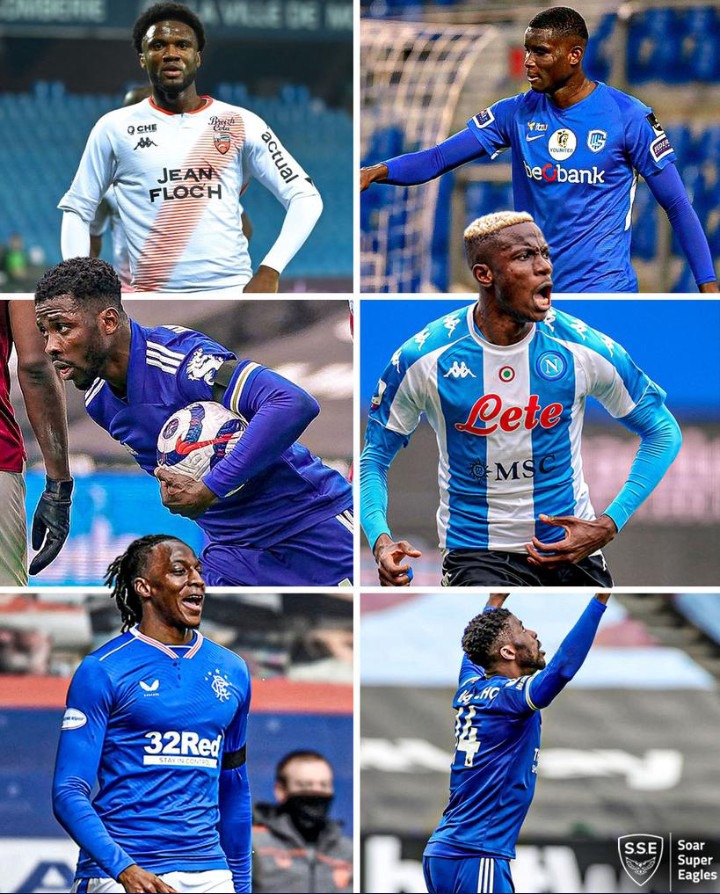 You can also easily click FOLLOW at the top-right corner of this page as we will be dishing out a weekly edition of Super Eagles Player Watch.

OPINION: Why Guardiola's City will beat Chelsea in the final