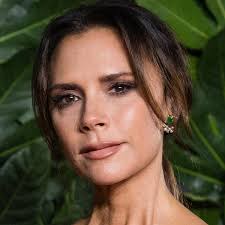 Today, we'll look at the top 6 wealthiest footballers' wives and their lifestyles. With the football season done and the majority of the players on vacation, now is a good opportunity to take a look at their personal life.

Being well-known and attractive may bring good fortune to anyone, and players' wags are no exception, since many of them are well-off. The question is, who are these well-known women? What do they do to amass such vast sums of money? Sit back and relax while we go through everything you need to know!

Football, as the most popular sport on the planet, is the source of fortune for many football players and celebrities. Is this, however, the justification for the WAGs of football players being loaded? Of course not! Many of these intelligent, hardworking women have actually earned their own money. The wives and girlfriends of these football stars are doing it for themselves.

These outstanding footballers' WAGs have earned a pristine as their footballing partners have transferred on the pitch, whether it's as a famous pop star, broadcaster, or novelist. But who is the wealthiest among these remarkable and accomplished women? Let's have a look! 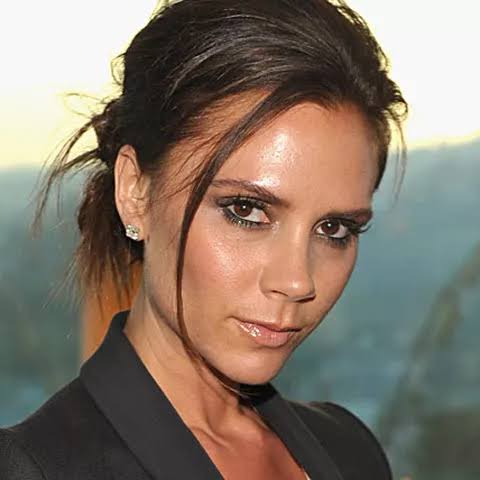 Victoria Beckham, the 46-year-old wife of the iconic David Beckham, will be remembered for her days as a member of the Spice Girls. Victoria, on the other hand, did more than just sing. Victoria Beckham made the most of her fortune as a fashion designer. In 2004, she created the VB Rocks range of jeans for the Rock & Republic brand. In 2008, she expanded her apparel brand by creating a new dress line.

Victoria Beckham was known for her modeling career in addition to being a businesswoman and singer. Victoria Beckham also modeled for the Emporio Armani women's underwear line, which is interesting to note.

Victoria Beckham and David Beckham got engaged in 1998 and married in Ireland in 1999. Their wedding cost £628,000, according to reports. When you're so wealthy, you're bound to have the wedding of your dreams. 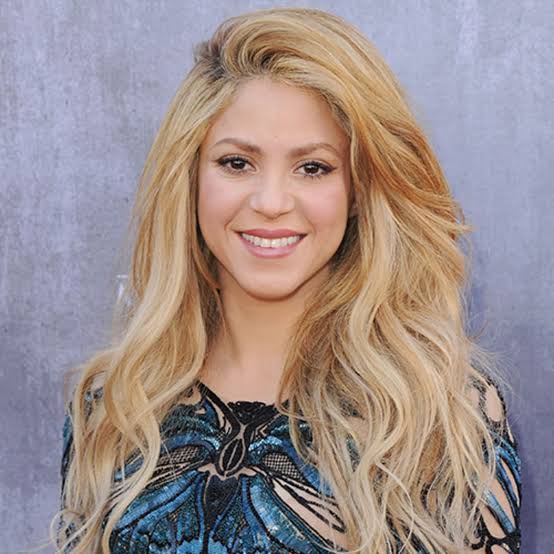 Shakira's hips don't lie, and her bank account doesn't either. Shakira's net worth, which exceeds £220 million, dwarfs that of her partner Gerard Pique, who has a net worth of £30 million. Shakira, the 44-year-old Latin pop queen, has sold 80 million records worldwide, making her the most successful female Latin musician in history.

Shakira and Gerard Pique are not married, and they are not even engaged! Gerard Pique, Shakira's boyfriend, is ten years her senior. Shakira, a Colombian pop artist, believes that marriage is terrifying.

“To tell you the truth, marriage gives me the creeps. I don't want him to consider me his wife. She stated, "I'd rather he perceive me as his lover."

“His girlfriend, his sweetheart. You know, it's like a tiny forbidden fruit. I want to keep him on his toes at all times. I want him to believe that everything is possible based on his actions.”

When Shakira was preparing the song "Waka Waka" for the FIFA World Cup in 2010, the two met for the first time. 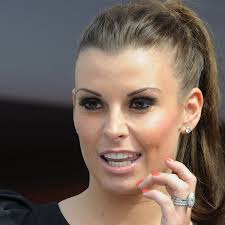 Coleen Rooney, Wayne Rooney's wife, is in the top three richest football players' wives and girlfriends. Coleen Rooney snatched the bag while her husband, Wayne Rooney, excelled on the football field. Coolen Rooney is primarily an author who has contributed celebrity fashion essays to magazines such as OK! and Closer. She is also a children's book author. Coleen Rooney has worked for a number of high-profile companies, including George at ASDA, for whom she was paid £3 million.

It's also worth noting that Wayne and Coleen made a lot of money at their wedding. The couple signed a £2.5 million agreement with OK! Magazine for exclusive wedding photos and details.

Coleen Rooney has accumulated a fortune of £14 million over the years, making her one of the wealthiest spouses and girlfriends in sports. 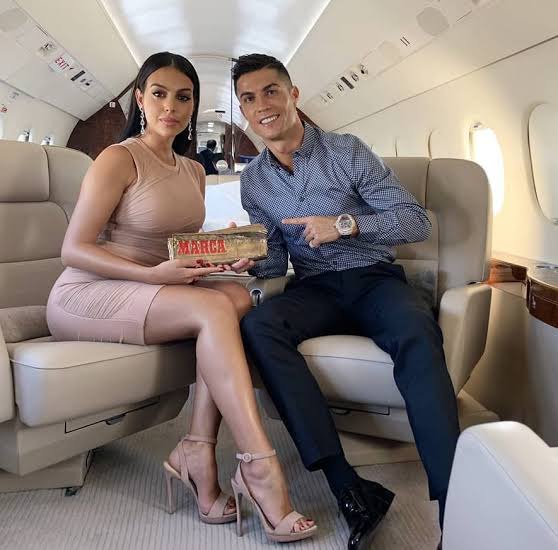 The supermodel has a partnership with Yamamay, an Italian bikini brand, and recently flaunted her curves in their new line. Georgina Rodriguez has been photographed for publications such as Lux, VIP, and Nova Gente. Georgina Rodriguez, Ronaldo's girlfriend, now has her own fashion label, OM by G.

“When I was little, I was not very pretty, and I never had that mischief of wanting to be the prettiest of the class, because I felt very normal; but, when I went to high school, people said she was very pretty, that she had a very beautiful body,” Georgina Rodriguez said when asked why she chose modeling.

“After hearing from everyone that I was really attractive, I began to believe it and concluded that being a model was not that awful. What attractive girl doesn't aspire to be the face of a successful campaign? Who's to say he's not lying? That is precisely what occurred to me.”

Georgina Rodriguez has a net worth of £7 million, making her one of the wealthiest players' wives in the world. 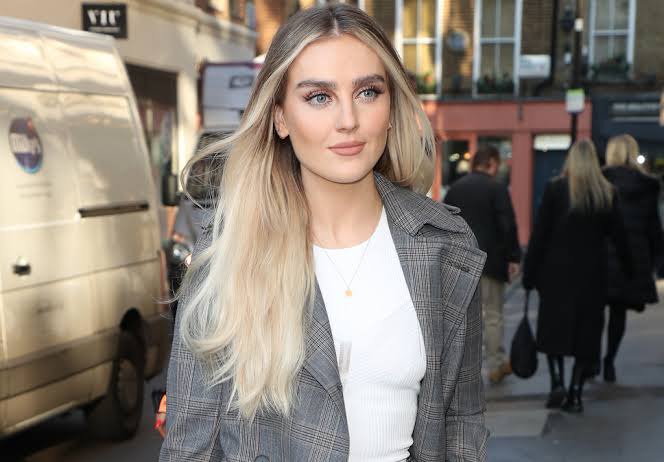 Perrie Edwards, a prominent pop artist who is 27 years old, rose to fame in 2011 on the X-Factor show with the group "Little Mix." Alex Oxlade-Chamberlain of Liverpool is dating the stunning pop singer. For more than three years, the couple has been together.

Jesy Nelson, Perrie's bandmate, left the band last year due to a mental health issue. This might have a negative impact on the band's future revenues as a trio.

However, Alex Oxlade-girlfriend Chamberlain's is still worth a staggering £6 million. 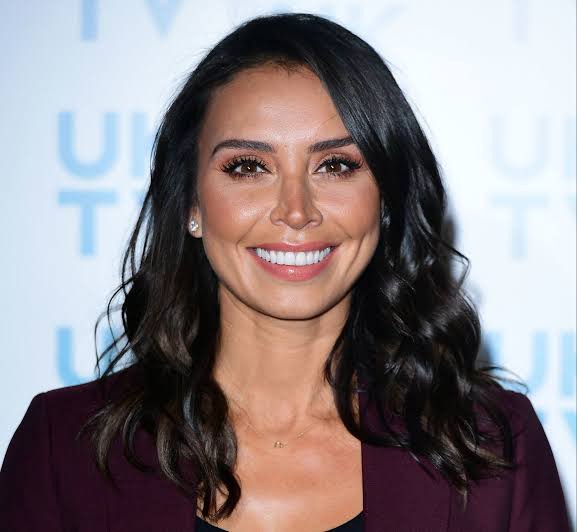 Christine Lampard is Chelsea icon Frank Lampard's wife, and she is 42 years old. Christine had already secured the bag before meeting with former Chelsea manager Frank Lampard. Christine Lampard, Lampard's wife, is a TV presenter who hosted The One Show for three years starting in 2007 and Dancing on Ice with Phillip Schofield from 2012 to 2014. From 2013 to 2016, she was the host of This Morning.

Christine Lampard had an appearance on Strictly Come Dancing in 2008, which is worth noting. She is presently a regular on Loose Women on ITV. Christine Lampard is one of the wealthiest footballer's wives in 2021, with a net worth of £5 million.