Opinion: 3 Awards Lionel Messi Could Win In 2021 After The Copa America Triumph

Argentina are the Champions of the 2021 Copa America, as they defeated Brazil at Maracanã stadium today. Of course, it was indeed an unforgettable moment for Lionel Messi, having won his first international trophy since he made his senior debut. 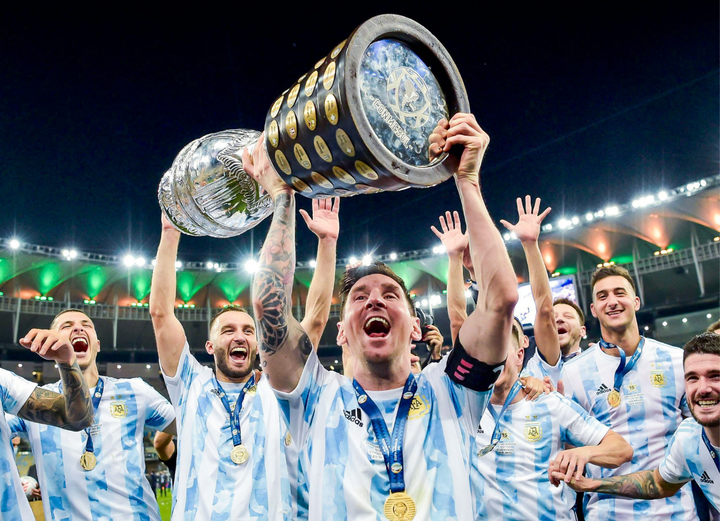 As regards his performance and contribution throughout the competition, he won the top scorer and player of the tournament awards. Without a doubt, things keep getting interesting for the Barcelona captain, because no player has dazzled better than him since January 2021.

Meanwhile, there are three individual awards the Blaugranas wizard could win this year, based on his all-around statistics in every competition. Frankly, he gave Argentina their first major title in 28 years, so he deserves some awards to commend his efforts. 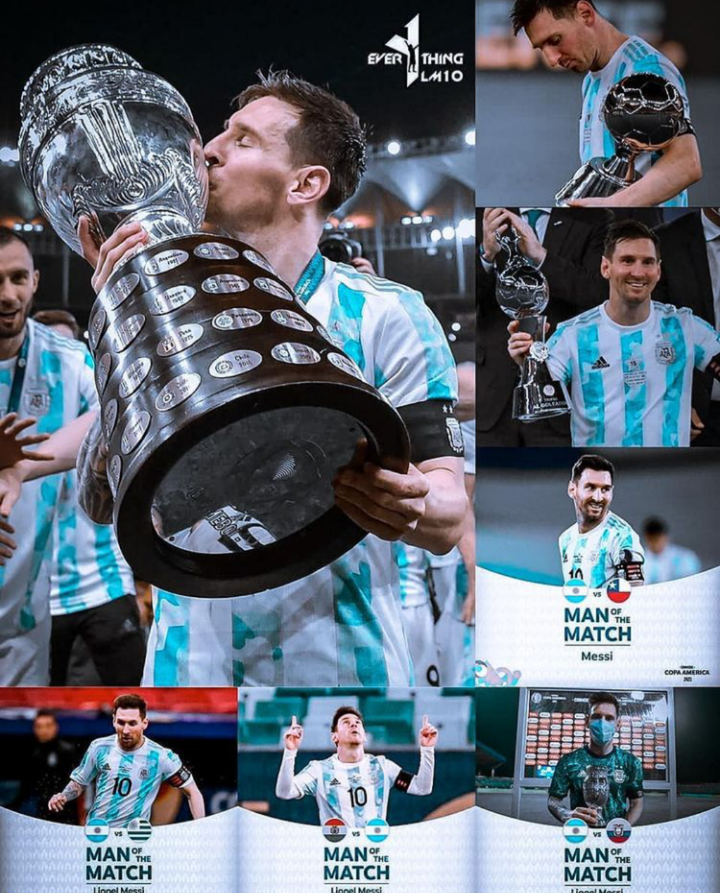 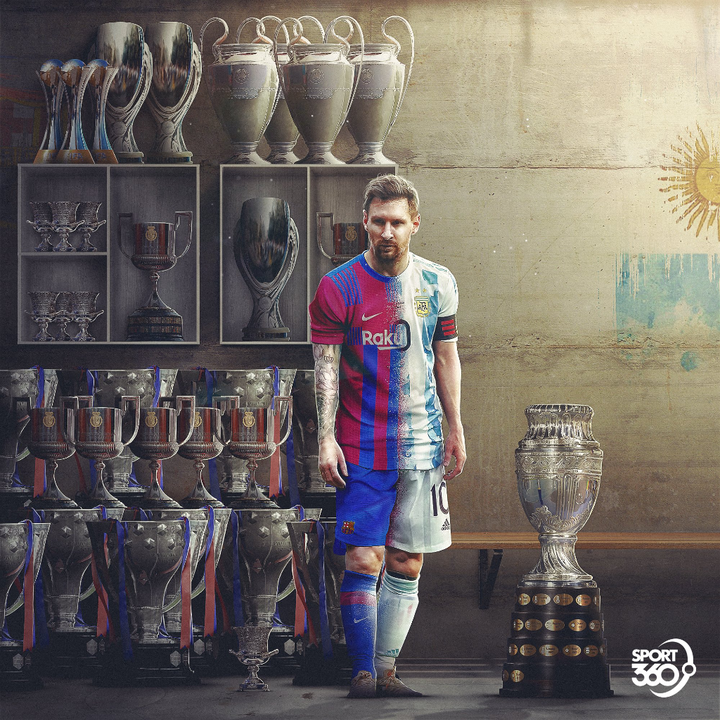 Literally, the Catalans captain keeps showing his worth in the football industry. Most people believe he can not perform outstandingly outside of Barcelona, but he continues to prove his haters wrong. And, that's why he could claim the three awards below.

At the moment, Lionel Messi is leading the race to win the 2021 Ballon D'or, having been the most outstanding player in the year so far. Chelsea's N'Golo Kante and Jorginho could be his competitors, due to their Champions League triumph. But he has increased his chances of winning the award with the Copa America victory today. Statistically, the Barcelona mastero has registered 47 goal contributions more than any player in 2021, while Bayern Munich's Robert Lewandowski bagged 38. As a result, if he can continue his exceptional performance from the beginning of the 2021-2022 season, certainly, he could claim his 7th Ballon D'or award. 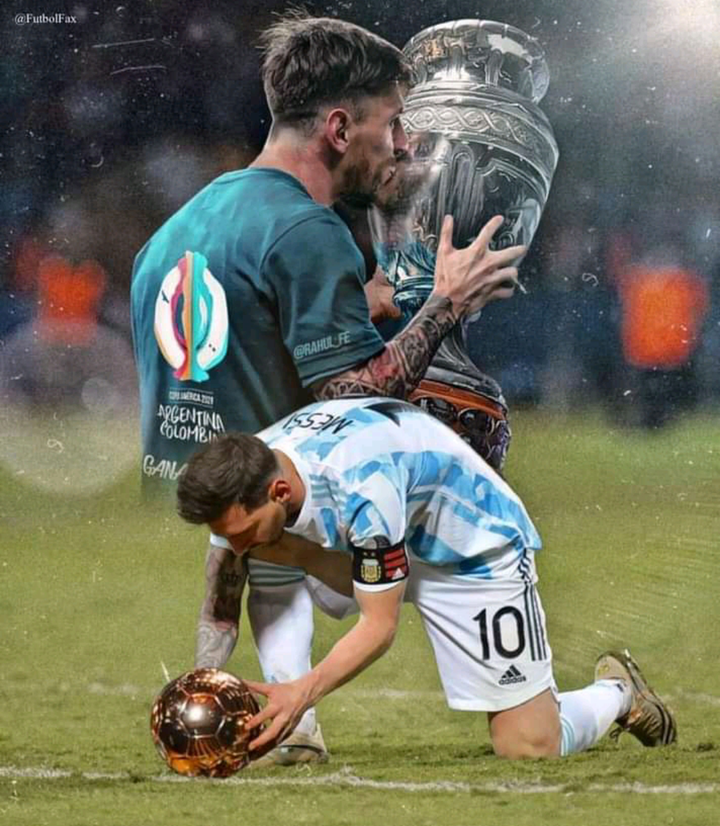 This is a footballing award which is given annually to the best playmaker of the year, and the rightful winner is the Ronald Koeman's man. Since the beginning of 2021, he has completed 178 dribbles, 33 goals, 14 assists, 92 chances created and earned 24 man of the match awards. Of course, nothing makes a player the best playmaker than how he helps and improves the team's performance. In addition, PSG Kylian Mbappe also tried his best this year, having bagged 29 goals and 6 assists for the Ligue 1 side. However, he performed awfully in the Euro 2020, and his country didn't make it out of the round of 16. 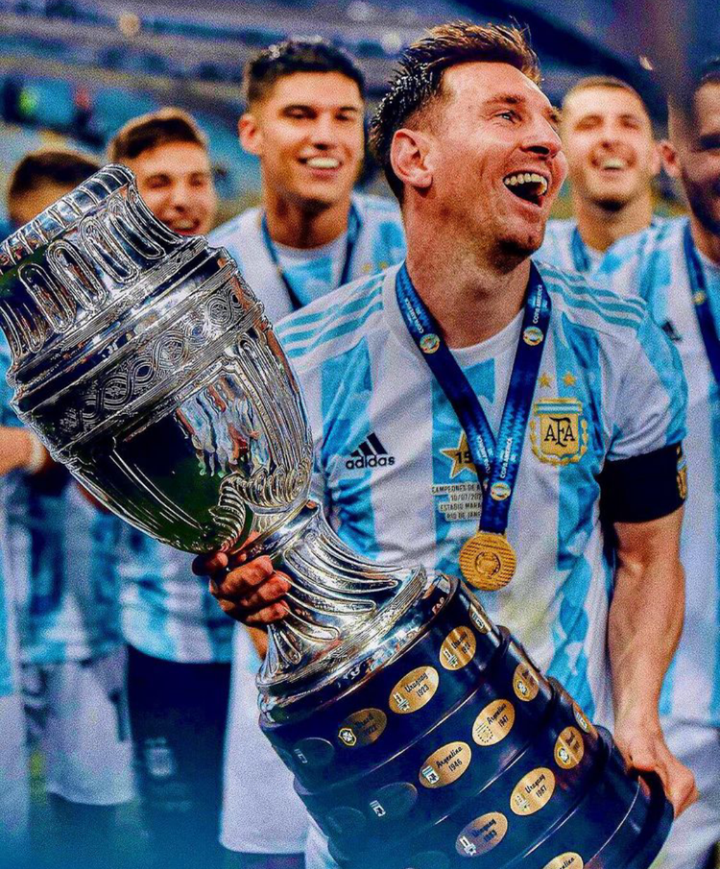 3. Argentine Footballer of the Year

As regards this, it's a yearly award given by the Argentine Sports Journalists'. The Lionel Scaloni's men were able to win their first trophy in 28 years, because of their captain's brilliant and excellent display throughout the competition. He registered the most goals and assists in the tournament, and he single-handedly contributed 9 of Argentina's 12 goals. Definitely, he deserves the award better than any of his teammates. Aside from that, the manager said that the football magnifico played against Colombia and Brazil with a hamstring injury, but he was still the most outstanding player.

Do you think Lionel Messi can win all the awards?