Tonight the WWE Universe got an unexpected surprise as Mercedes Martinez made her return to NXT by attacking the NXT Women's Champion, Io Shirai. Martinez had not been seen on NXT television since the RETRIBUTION storyline began earlier this year.

Io Shirai was in the ring seated in a steel chair waiting on the arrival of Toni Storm, who said earlier in the show that she was the only person in NXT that Shirai couldn't beat. 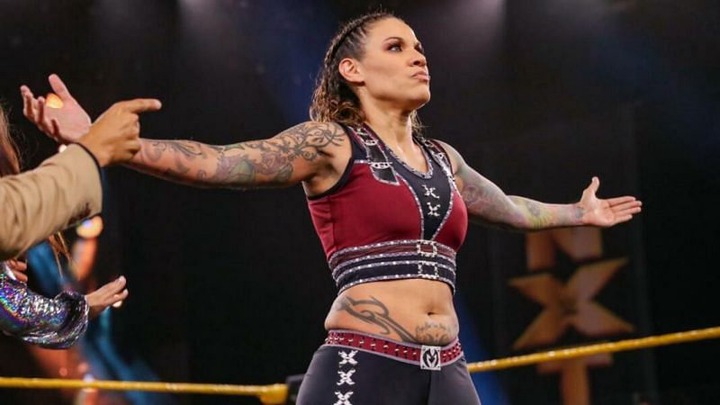 When Storm's music hit the NXT Universe got a surprise in the form of Martinez, who attacked Shirai from behind and put a vicious beatdown on the champion. She ended the attack by putting Shirai through the front of the NXT commentators table.

Is Mercedes Martinez on a collision course with Io Shirai for the NXT Women's Championship?

Storm felt like the next logical opponent in line for Shirai, but the return of Martinez is very much a welcome surprise. She has seemingly cut her way to the front of the line to be the next woman to get a title shot at the NXT Women's Championship.

With the direction RETRIBUTION has taken on television in recent weeks, you can't help but feel happy for Martinez, who was smart enough to find her way out of the stable before it completely went off the rails.

With that chapter of her career now behind her, the next chapter in her career with NXT can be written. As of this writing Shirai, does not have an opponent for NXT NeYear's Evil on January 6.

Are you excited about the return of Martinez? Did you see this return coming or did it catch you by surprise? Should Martinez be the next challenger for Io Shirai's title? Let us know by sounding off in the comments section below.