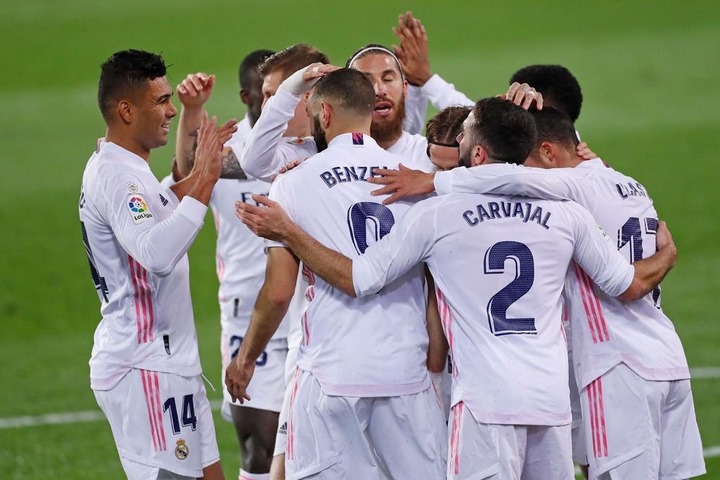 Real Madrid football club of Spain were in action against Giant Piero Gasperini Atalanta team at the Alfredo Di Steffano in the second leg of the UEFA champions league round of 16 ties.

The host were one goal ahead going into the match having won their first leg encounter 1-0 with a crucial away goal.

France international, Karim Benzema was yet again the hero of the night for the Zinedine Zidane's side as he was able to make history on his debut. 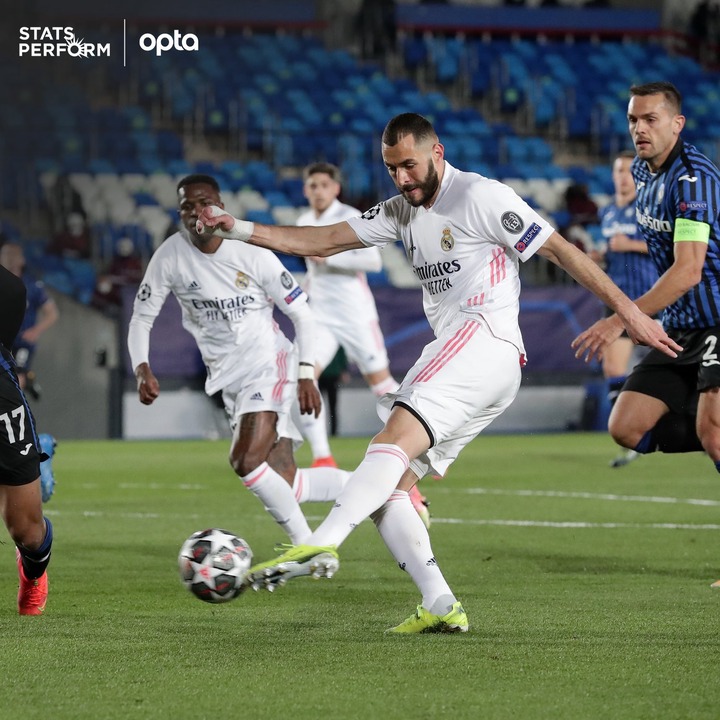 Karim Benzema has been magnificent for the La Liga Champion as he has been firing from all cylinders for the club ever since the departure of Cristiano Ronaldo to Juventus.

The former Lyonnaise star have scored the last four goals for Real Madrid since his return from injury. 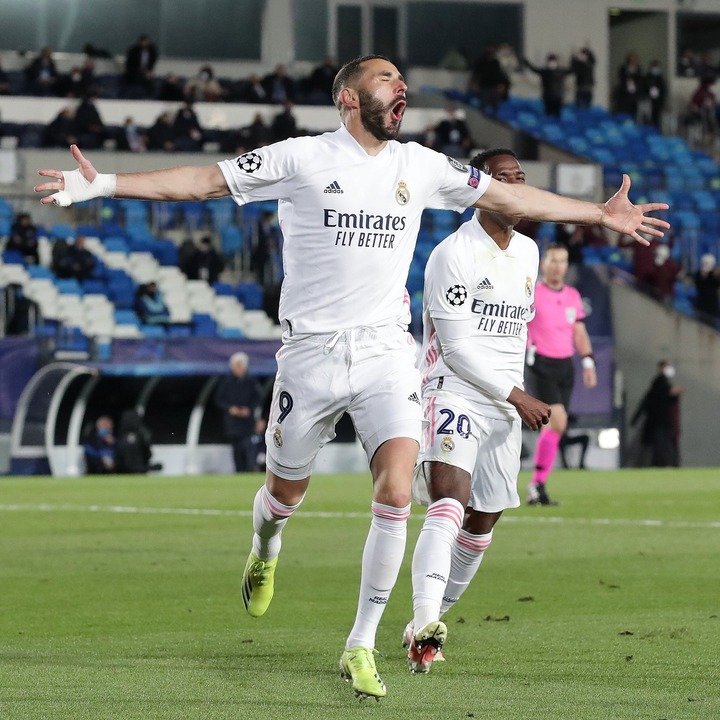 He was yet again on target today as he scored his 70th UEFA champions league goal to become the 5th top scorers in the competition's history, as only Cristiano Ronaldo, Lionel Messi, Robert Lewandowski and Raul Gonzalez have scored more than the forward enigma. 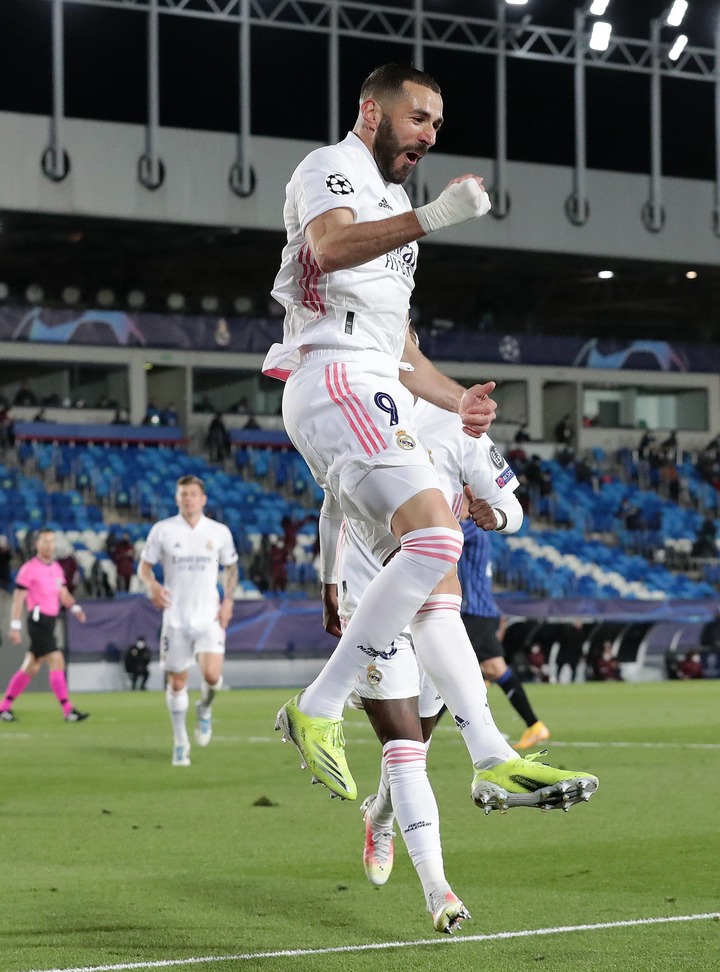 Karim Benzema opened the scoring chart for the host in the 34th minutes of the game after soo many attempts to break the deadlock with an assist from Luka Modric to make it one nil at half time.

Real Madrid captain, Sergio Ramos was able to doubled the lead for the Zinedine Zidane's side via a penalty as he puts the ball away from the spot to make it two nil.

Karim Benzema with his first goal of the night has now equalled the Champions league record of scoring a goal in most different calendar years (17) by Raul Gonzalez and Lionel Messi.

The France international has now scored a massive 21 goals for Real Madrid this season in all competitions - at least 15 more goals than any other Madrid player (Casemiro, 6), with his opener his 70th UEFA champions league goal - the fifth most of any player in the competition. 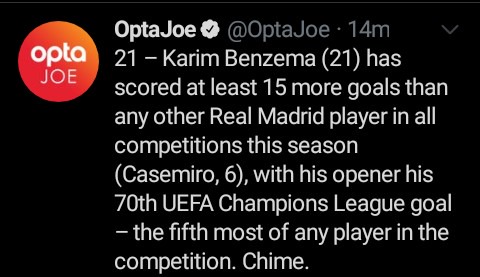 Benzema with this remarkable landmark of reaching 70 goals means he has now scored 20 goals more than any other Frenchman in the competition's history:

The visitor with a brilliant build up netted their first goal of the night in the 83rd minutes with a goal from Luis Muriel to make it two goals to one. 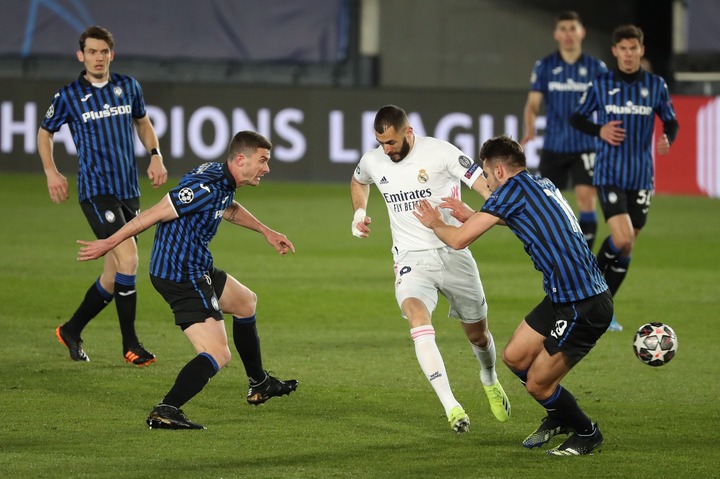 In the 85th minutes, Marco Asensio who was introduced into the game in the 82nd minutes for Federico Valverde, scored the third goal of the night for the host in the 85th minutes to make it three goals to one.

After several attempts from both ends to add to the tally of the night, all were not successful as the game ended three goals to one at full time (4-1 on aggregate). 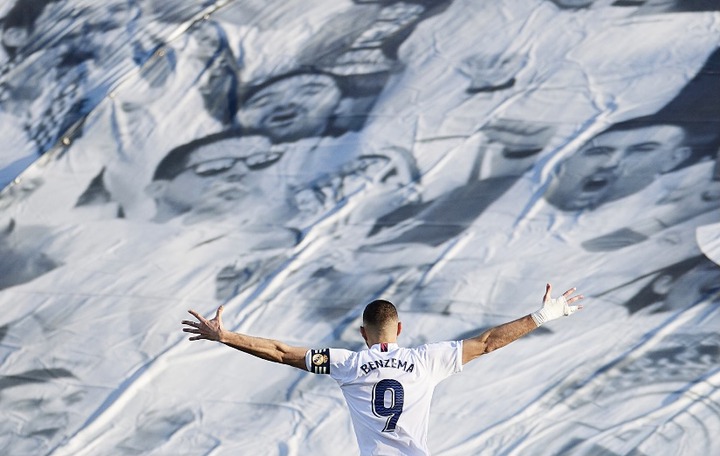 Real Madrid with the massive win are now through to the quarter finals of the competition and as such joined the likes of Paris Saint Germain, Borussia Dortmund, FC Porto, Bayern Munich and Manchester City for the title race.