Harry Kane requests to leave Tottenham, set to be signed by either Chelsea, ManUtd or ManCity

By ItzSwayne (self meida writer) | 28 days

The summer transfer news are picking up the pace again, as players have started to plan for their long term future following the gradual round up to the present season. One of such transfer is the news of Tottenham Hotspurs striker Harry Kane, who has reportedly requested to leave his parent club this summer (Source: Goal). 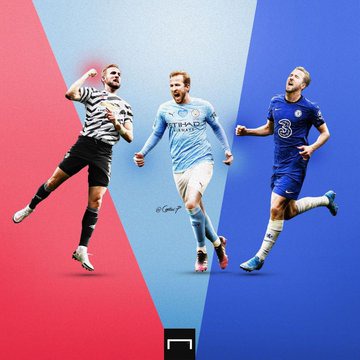 Harry Kane who has played most of his senior football for the North London club, has been the most prolific striker in their entire history and is even the leading goal scorer in this season's premier league campaign, as he chases the likes of Mo Salah for the golden boot. 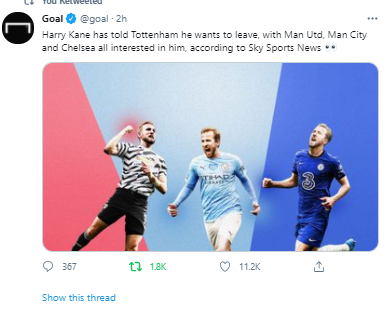 Chelsea, Manchester City and Manchester United are all interested in signing the England international and captain next summer and it would be left to him to pick a team of any of the three. Chelsea need a prolific striker for their quest for premier league title to be completed, as Werner has failed to live up to the expectations placed on him, whereas Manchester city needs the English striker as a replacement for their leaving striker Kun Aguero. Which club would you like Harry Kane to sign for next season?

Nigerian Idols: Why Comfort Might Win The 2021 Idols Season