Real Madrid squared up against Sevilla in a crunch Laliga tie that could make or break their chance of winning the title, a win would have seen them go level on points with table toppers Atletico Madrid.

A win seemed very possible after just 11 minutes on the clock as Karim Benzema found the back of the net, but the goal was disallowed after a VAR check ruled it out as offside, the 22nd minute saw Sevilla take the lead through Fernando. 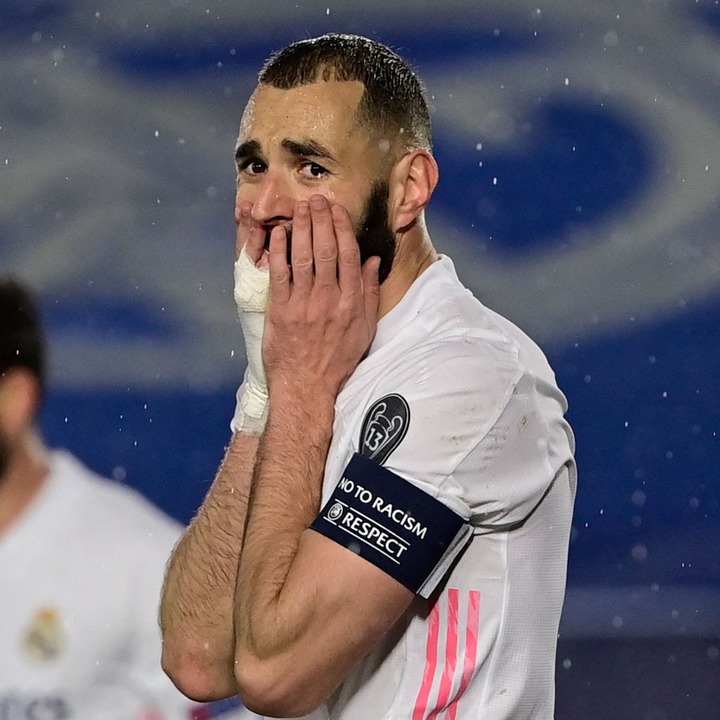 The second half saw Madrid grab an equalizer in the 67th minute and a couple of minutes later they were awarded a penalty.

But VAR called the referee for a review and what ensued next is the most unusual thing I have seen in all my years of watching football.

The referee who had blown for a Real Madrid foul brings the play back to another incident that happened in the Real Madrid box, Eder Militao had committed a handball, the referee then awards Sevilla with a penalty.

Benzema fouled by the goalkeeper and the referee awards Real Madrid a penalty. 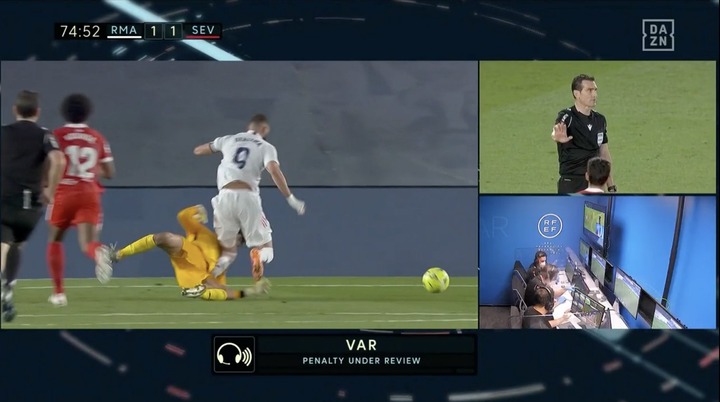 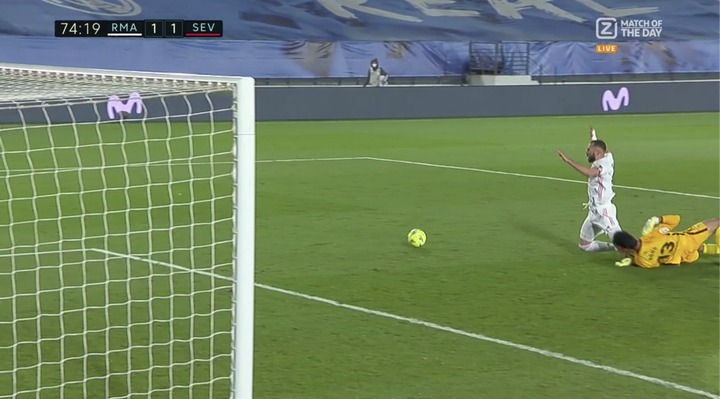 The referee during his VAR review detects the Eder Militao handball and then awards Sevilla a penalty. 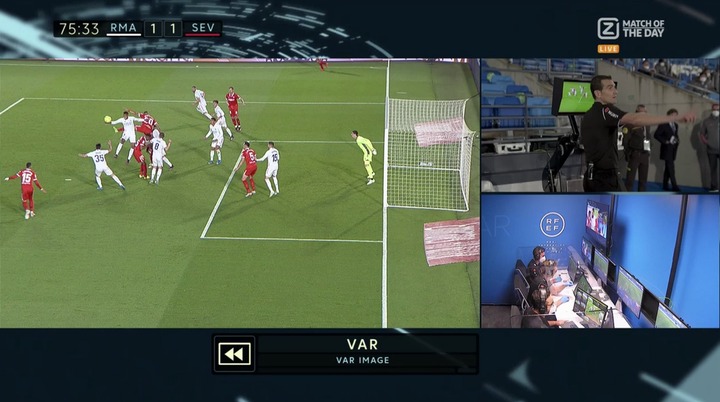 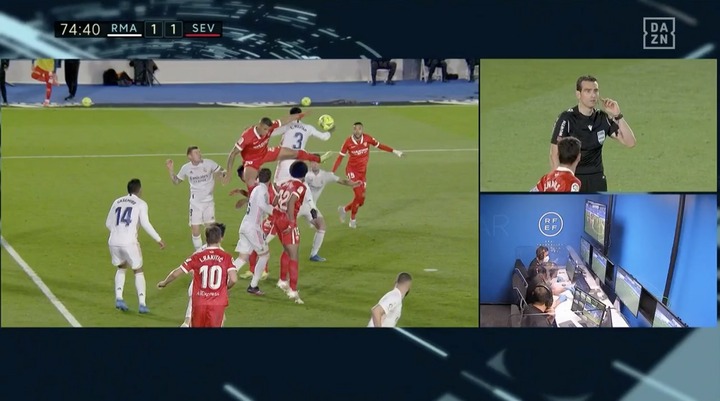 Former Barcelona midfielder Ivan Rakitic scores the penalty and it's 2:1 in favour of Sevilla. 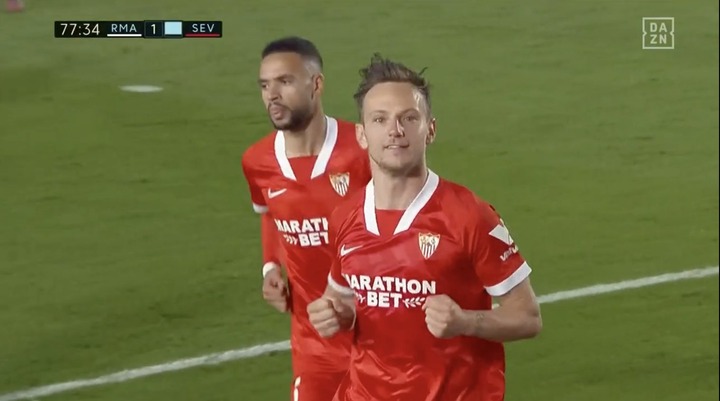 This is definitely an unusual decision that might have jeopardized Real Madrid's chances of winning the Laliga, although Eden Hazard grabbed an equalizer late on but it's only able to salvage a point for Madrid as the game ended in a 2:2 draw.

The Spanish Fa and VAR should apologize to Real Madrid for the controversial decision taking against them.

See how fans reacted to the decision. 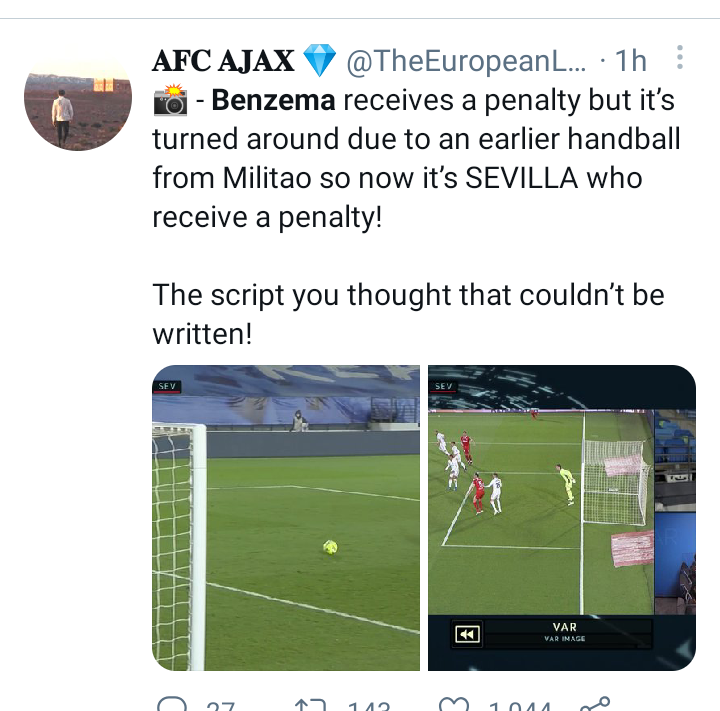 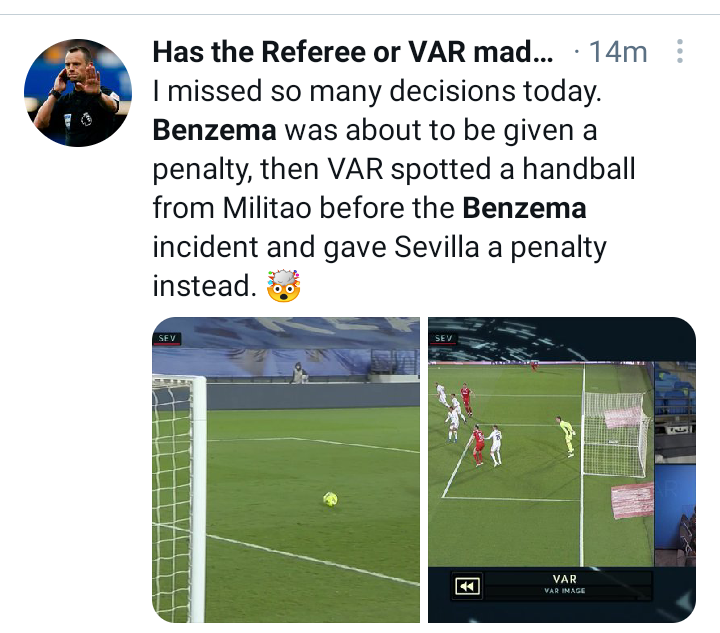 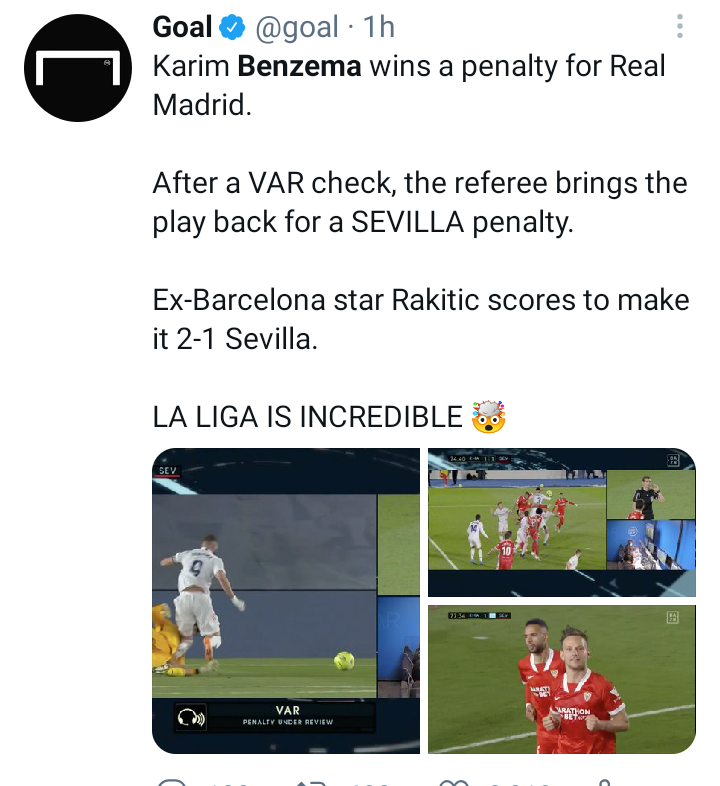 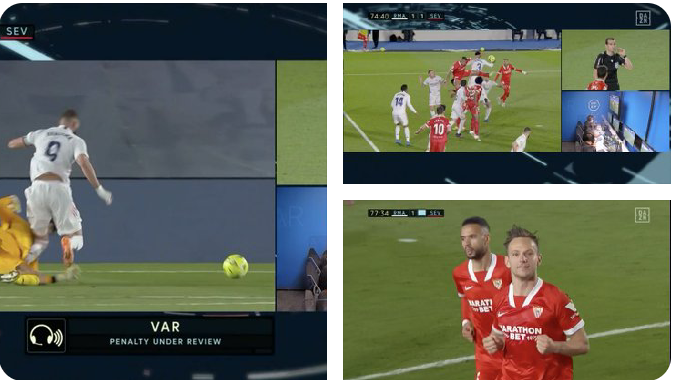