Real Madrid have been quiet in this summer transfer window despite allowing Sergio Ramos to leave as a free agent, and the imminent announcement of Rapheal Varane as a Manchester United Player. Though they brought in 28-year-old David Alaba on free transfer, there hasn't been much from them as it is expected they would move into the transfer market for another Centre Back, considering they are well short in that area.

As of today 12th August, Real Madrid Senior Team have only Eder Militao, Nacho Fernandez, Jesus Vallejo and David Alaba as the the only recognised Centre backs, some of whom cannot be relied on to fill the voids left by their former Captain. Except Real Madrid are planning on promoting talented Centre backs from the Real Madrid B team, Carlo Ancelloti maybe very worried before it is January transfer window again. 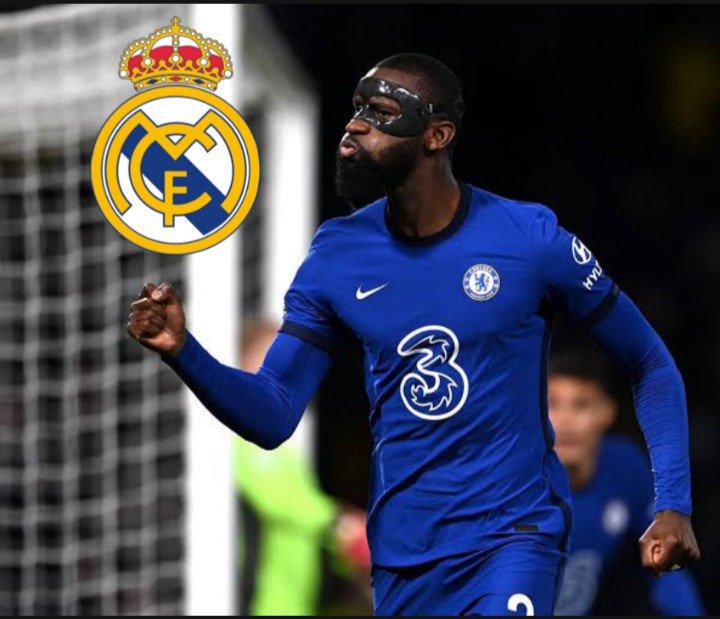 However, as reported by Sky Sports, Real Madrid, who have also be credited to be pursuing Jules Kounde of Sevilla, have set their eyes on Anthony Rudiger of Chelsea. The 2021 UEFA Champions league and Super Cup winner, who scored his spot kick in Chelsea's victory last night, was close to leaving Chelsea under Frank Lampard but the appointment of Tuchel Thomas in the mid season of 2020/2021, ensured he stayed and has since been an integral part of Chelsea defence that have won two Europeans titles within three months.

The rumour of Real Madrid pursuit of now fans favourites at the Stamford bridge will not be surprising considering his current form but Fans will expect Chelsea to reject any offer for the German defender as Chelsea aims to go another step in dominating England once again.