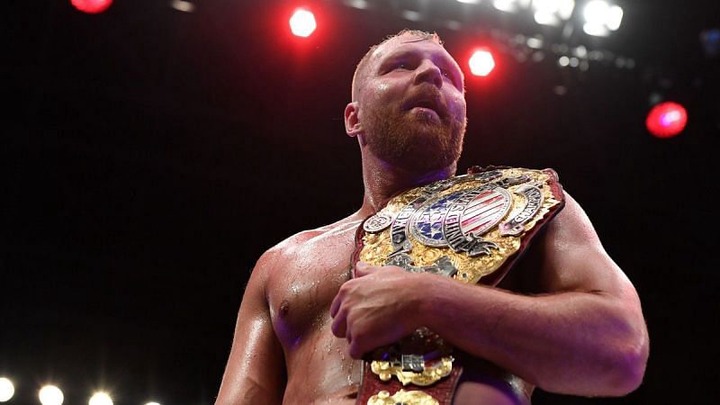 m 15, KENTA will once again defend his IWGP US Heavyweight Right To Challenge briefcase. In the lead-up to his collision against veteran Satoshi Kojima, KENTA has taken to social media to send a message to Jon Moxley.

Ever since the beginning of the pandemic, Jon Moxley has failed to make his way to Japan. The reigning IWGP US Heavyweight Champion has been busy with his schedule in AEW and has failed to defend his title for almost 10 months now.

That being said, the #1 contender KENTA believes that once he gets past Kojima at Wrestle Kingdom 15, then the Bullet Club star should be crowned as the new champion. In one of his latest tweets, KENTA refused to mention Moxley's name and simply regarded him as "THAT GUY", while demanding the IWGP US Title.

Over the course of the past few months, KENTA has already defended his briefcase on multiple occasions. The Bullet Club Superstar has beaten the likes of Hiroshi Tanahashi, Jeff Cobb, Brody King, and David Finlay to retain his briefcase, and come Wrestle Kingdom 15, KENTA will put the contract on the line once again.

Despite being yet to receive his rightful shot at the IWGP US Heavyweight Championship, KENTA could add another championship to his resume and the Bullet Club in 2021. The former WWE Superstar will be facing Satoshi Kojima on Night 1 of WK 15 and should he get past the veteran, KENTA will definitely receive his title shot, sooner rather than later.

The bigger question, however, is if NJPW will strip Jon Moxley off his US Title or not. In the past, Mox has already been forced to vacate the title once when he failed to make it to Japan amid a typhoon but despite being absent from NJPW for more than 9 months, the company has refused to take the belt of Moxley on this occasion.

Should the former AEW World Champion make his return to Japan in 2021, fans could totally expect the highly-awaited showdown between Moxley and KENTA within the space of a few more mont