By LatestNew10 (self media writer) | 1 year ago

Germany did another neat job this evening as they defeated Iceland by four goals to nil. This victory was their fifth in the World Cup qualifying games and it has placed them on top of the Group J table. 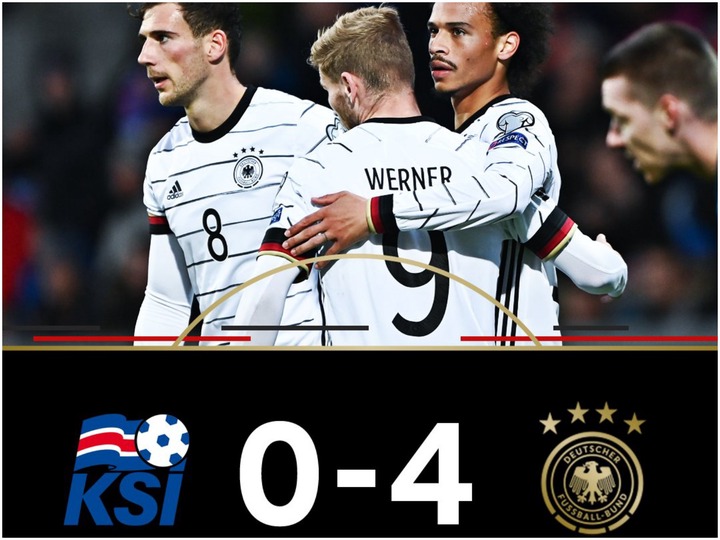 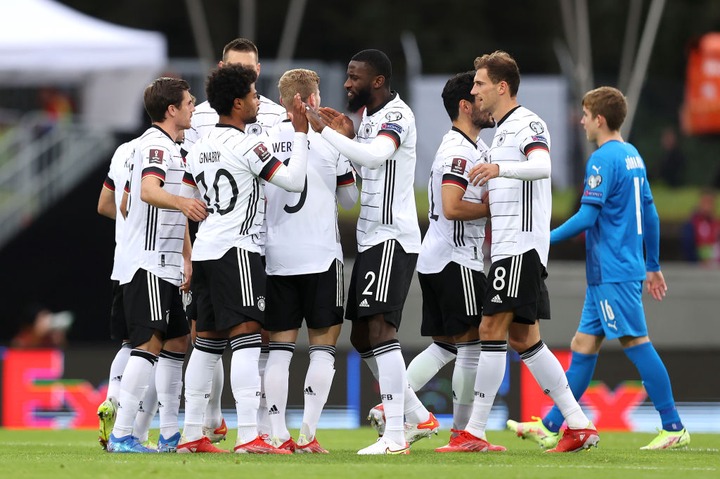 The first half was an entertaining one for the Bavarians as they scored two goals through strikes from Sergie Gnabry and Antonio Rudiger. In the second half, Leroy Sane extended the lead to 3-0 with a thumping strike as it looks like he has sealed the game before Timo Werner added the fourth goal at stoppage time. However, here are the two errors Hansi-Flick avoided as they won today's game: To avoid errors, Hansi-Flick made just a change to the lineup that defeated Armenia three days ago as Ikay Gundogan came in for Marco Reus in a 4-2-3-1 formation.

The manager's decision paid off as they appeared to have already stolen the three points in the first half.

The manager made some changes in the second half of the game, as he took off Sergie Gnabry and Jonas Hoffman in the 46th minute and replaced them with Kai Havertz and Lucas Klostermann. He noticed that the two players were tired and decided to introduce fresh legs.

In the 59th and 60th minutes, he replaced Leroy Sane and Niklas Sule with Jamal Musiala and Robin Gosens.

It was after he made these changes that Germany scored the fourth goal to seal the 4-0 victory. More so, one of the substitutes, Kai Havertz delivered the assist for Werner's goal which shows that his decision paid off again.

Nonetheless, that's how Germany ended their world cup qualifying games for this month and next month they will continue by playing against Romania.