Opinion: Why Sacking Koeman Might Not Be The Solution To Barcelona's Problem

Ever since the loss of Barcelona against Bayern Munich in the Champions League. The Barcelona Board had a series of meetings where they deliberated on sacking Ronald Koeman. Some issues has been raised on how poor he's managing the team. Not all the players have been given fair chances to play this season. Favoritism seems to have taken a huge part in Koeman's selection. However, we are not ignorant to the fact that the Holland coach has lost the touch of European victory since Lionel Messi departed from the club. After building a club around a player for years and then the player suddenly leaves, it's going to be hard to pick up every broken piece of the team. No manager in the world can do more than what Koeman is doing at Barcelona. It might look easy in the eyes but when you get down there, you see a lot of loopholes in the club. 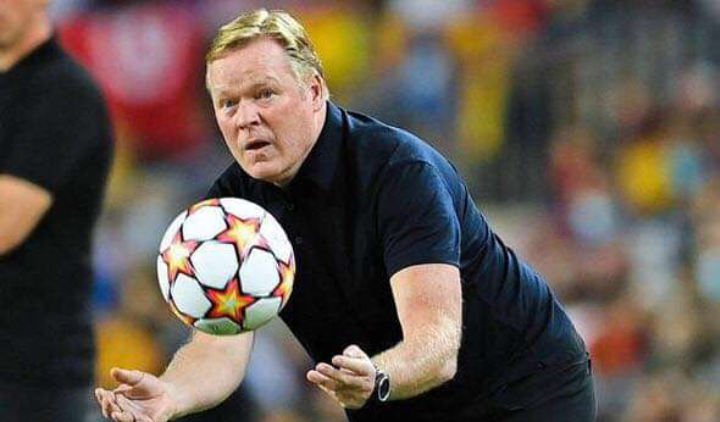 They need an experienced defender, a strong right-back player, new and sharp attackers. Just to mention a few problems that they are having at the moment, you can't blame them for their decline in the Champions League. It becomes, even more, worse when they can sign in new players, facing a high number of debts following the ruining management of Bartomeu, the former Barcelona President. With Laporta, the club is trying to balance its economic finances and then bounce back to the Transfer Market. In this kind of situation, you can't blame the coach for your club's failure.

Laporta opposing the suggestion of sacking Koeman is the right decision to have been made. Sacking the coach is not the solution to Barcelona's problem, he just has to allow Puig and some other players to play. Puig as an example was phenomenal in the preseason games, placing him on the bench this season is shocking and unbelievable. With what the Barcelona team has in stock, you can only expect a normal result not an excellent performance because they are in a heavy state of decline.