By c.nananews (self media writer) | 9 months ago 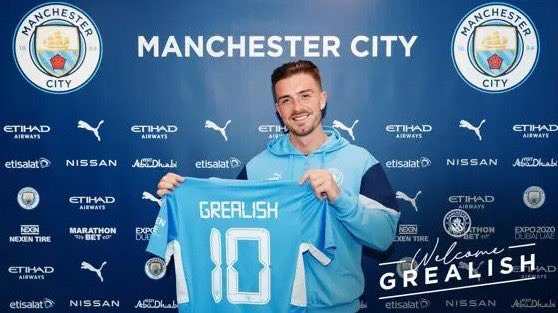 The European football governing body UEFA has reacted after Manchester City football club of England announced the signing of Jack Grealish for £100 million from Aston Villa FC on Thursday evening. The England international has been linked with a move to many European top clubs since the summer transfer window opens, following his outstanding performance for Aston Villa FC last season, and Manchester City have finally won the race.

Jack Grealish played almost all the matches for Aston Villa FC last season, and he was able to guide them to the 11th spot in the English Premier League table. The midfielder's excellent performance made him to be given an opportunity to represent the Three Lions of England in the just concluded Euro 2020, and he was able to guide the team to the final of the competition before losing to the Azzurri of Italy on penalty shootout.

Jack Grealish has now signed a long time contract with the Cityzens, and he has been given the number 10 jersey by the club. "HE'S HERE! We are delighted to announce the signing of Jack Grealish on a six-year deal. Welcome to City, Jack! 💙🔷." Reacting after Manchester City announced the signing of Jack Grealish, UEFA posted on their verified Twitter handle that; 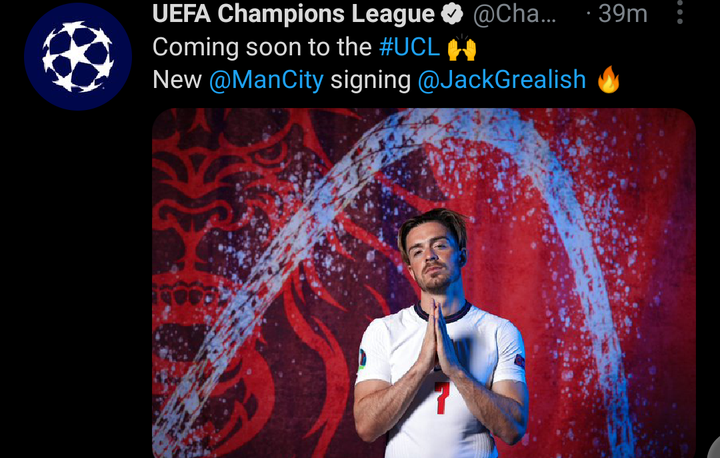 Best of Luck to Jack Grealish in his new club.