By ShevyAmin (self media writer) | 1 year ago 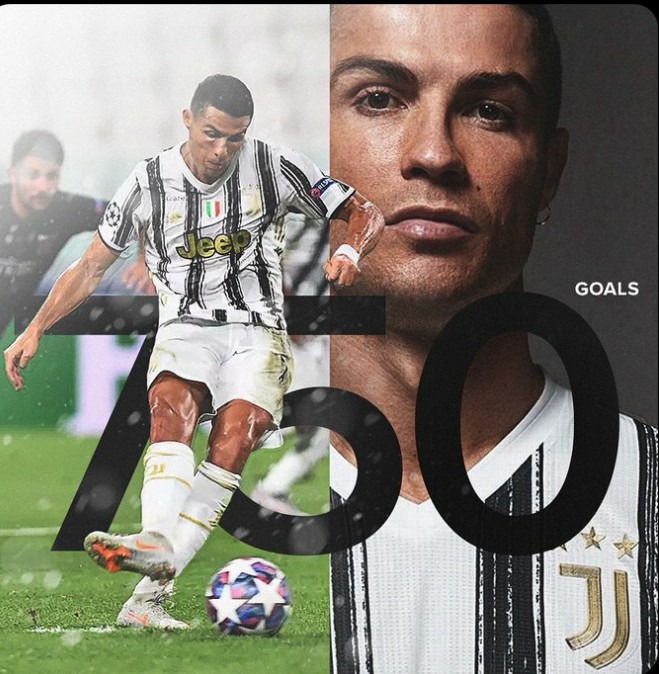 Ronald marked the milestone with a soft work finish 57 minutes into juve's 3-0 victory over Dynamo live in their UEFA champions League Group G clash on Thursday.

The 35-year- old, a five - time Balloon d' or winner reached that main moth total from Madrid in just 438 matches across all competitions, following his then world - record move from Man- United in 2009.

During his six- year stint at Old Trafford, he scored 118 times from the Red Devils.

Despite missing several weeks of the campaign after testing positive for corona virus.

Ronaldo has been in fine from this season, having netted eight times from just four series A starts, though his strike against Dynamo was only his second in the champions Leagues this terms.

Following his grand achievement, Ronald used his official Twitter account to thank not only his team mates and coaches - he has worked under the like of Alex Ferguson, Jose Mourinho, Carlo Ancelotti and Zinedine Zidane but also his opponents

Thanks you to all players and coaches that helped me reach this amazing number, thank you to all my loyal opponents that made me work harder and harder everyday.

Rinaldo will now set his sights on goal 751 or more when Juve takes in Torino on Sunday (AEDT).

Content created and supplied by: ShevyAmin (via Opera News )