Arsenal vs Tottenham: 6 of The Best North London Derby Matches in The Premier League

North London derbies are frequently among the finest Premier League matchups of any season, and they have produced some memorable moments for both Arsenal and Tottenham fans throughout the years. The number of points available may not change depending on the opponent, yet certain victories are truly more valuable than others. No game is more important to Arsenal and Tottenham supporters than the North London derby, and here are seven moments that will live long in the memory of those who experienced them. 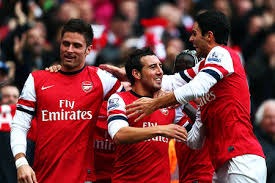 A score that still sends shivers down the spines of many Tottenham supporters. While shooting oneself in the foot isn't a new sensation for Tottenham, this thrashing came at a time when the club seemed like it was about to become a third wheel in the Manchester-dominated title battle. Harry Redknapp had built a mysterious entertainers' squad around Gareth Bale, Luka Modric, and Rafael van der Vaart, and they had thrashed Newcastle 5-0 the night before. Redknapp was generally expected to take over as England manager when the position became open. Two first-half goals from Louis Saha and Emmanuel Adebayor suggested the game might return to form, but Wenger's players come alive in the 28 minutes each side of half-time. Bacary Sagna's bullet header drew them back into the game before Robin van Persie continued his incredible form by curling in his 29th goal of the season from long range. A goal by Tomas Rosicky in the second half was followed by a goal from Theo Walcott, bringing the total to five. Arsenal would beat Spurs to a Champions League spot at the end of the season. Arsenal has lacked the enthusiasm and intensity of that February afternoon in recent months, but the derby is the ideal opportunity to revive a stuttering season.

The two teams arrived at White Hart Lane on a beautiful day with low spirits after both losing their previous league games in midweek; Tottenham away at West Ham and Arsenal surprisingly at home to a poor Swansea side. The Gunners had lost their previous two games in a row. Arsene Wenger's side appeared to be destined for a third straight defeat when Francis Coquelin was sent off for a second yellow card early in the second half, but Tottenham rallied back from a 1-0 deficit to lead 2-1 thanks to goals from Toby Alderfeireld and Harry Kane. Tottenham dominated the game with 26 shots on goal, 11 of which were on target, as one would expect against ten men. Despite this, Arsenal was able to halt their losing streak. Alexis Sanchez, who had not scored in the Premier League since October, struck at the right time. Both Arsenal goals were assisted by Hector Bellerin. Aaron Ramsey's first goal was a beautiful backheel finish from a corner. The game proved to be a watershed moment in Arsenal's season. To finish the season, they went undefeated in the league and, among other things, overtook the Spurs. The Gunners' best result since 2004/05 was a second-place finish, which they still hold. 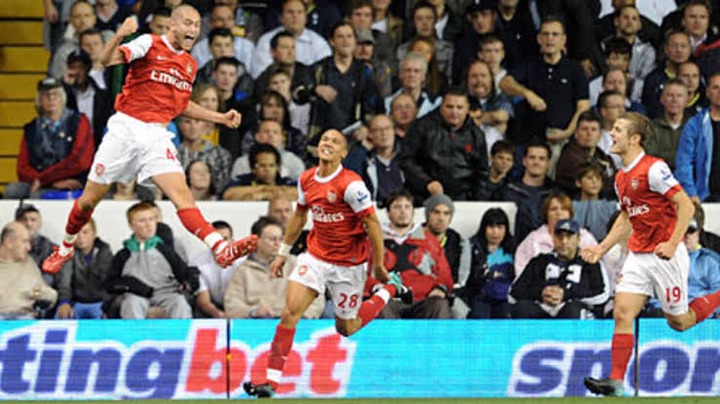 This result was not to be sneered at in a season in which Spurs reached the Champions League quarter-finals. Although it was merely the League Cup, English football's poor relation, office bragging rights must be gained whenever feasible. Henri ‘Angela' Lansbury scored Arsenal's only goal, slipping in at the back post to convert a Kieran Gibbs cross, only for Robbie Keane, a boyhood Arsenal Spurs fan, to equalize from the bench five minutes later. A half-hour more was required, and it was here that Arsene Wenger's stalwarts showed their worth. With only six minutes of extra time remaining, Samir Nasri scored a brace of penalties to end the game. Taking a break from shooting Compare the Meerkat commercials, Andrei Arshavin rushed forward to score the game's fourth and final goal, forcefully painting North London crimson. 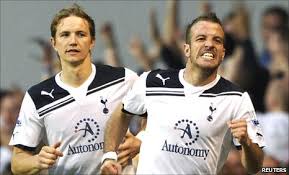 When Spurs finished above Arsenal in the league for the first time in 22 years in 2017, the St Totteringham's Day was canceled. Tottenham used to take a long time to beat their opponents away from home. In November 2010, a long wait came to an end Tottenham Hotspur was still managed by Harry Redknapp at the time, and the team was competing in the Champions League for the first time. Gareth Bale's big day finally arrived. He scored ten goals for the first time in his career, and he also assisted in the turnaround of the season's opening league derby. Bale sparked a comeback after Samir Nasri and Marouane Chamakh had given Arsenal a two-goal lead in the first half, resulting in Tottenham's first win at Arsenal in 17 years. There were 36 fouls in this hard-fought encounter. Referee Phil Dowd only sent out four yellow cards and no red cards, which was shocking. However, a contentious penalty was awarded when Rafael van der Vaart's free-kick struck Cesc Fabregas' arm. In the 67th minute, the Dutchman coolly tapped in the spot, and the point secured undoubtedly tasted like a victory for the visitors. There was still more to come, though. In the 86th minute, Laurent Koscielny received a yellow card for a late tackle on Bale, Van der Vaart delivered a superb cross into the box, and Younes Kaboul headed in a late winner. Only a few minutes before, Koscielny had blown a golden opportunity at the other end. 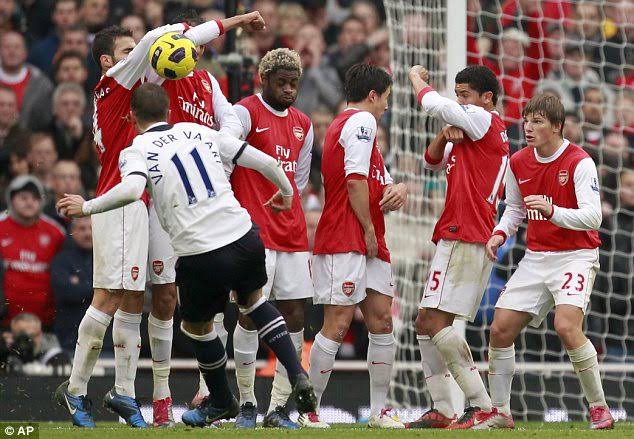 Arsenal appeared to have won another game against their rivals as they went into the locker room at halftime with a 2-0 lead. The Gunners were in command thanks to goals from Samir Nasri and Marouane Chamakh, but the game flipped on its head as the second half began. Spurs drew level with a fantastic effort from Gareth Bale in the 50th minute and a penalty from Rafael van der Vaart in the 67th minute. Younes Kaboul silenced the Emirates with a magnificent header on the end of van der Vaart's cross with just five minutes remaining, earning Tottenham their first win on their opponents' home ground in 17 years. 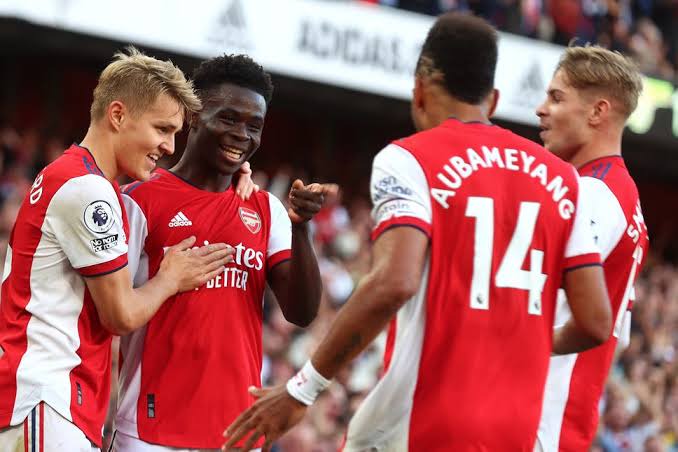 The hosts won the North London Derby 3-1 thanks to a controlling first half from Mikel Arteta and his Arsenal team. Emile Smith Rowe opened the scoring with a goal from Hale End. It was Bukayo Saka who created the chance for the onrushing 21-year-old, who calmly tapped past Hugo Lloris to get the Emirates rocking. In a fantastic counter-attack, Smith Rowe and Pierre-Emerick Aubameyang wonderfully combined, with the skipper shooting across Lloris and into the far corner. With Harry Kane's assist, Bukayo Saka completed a horrific 20-minute spell that sent the home faithful into rapture. The Gunners started the game with a strong tempo and full-throttle approach. Tottenham couldn't handle it and were beaten by a rampant Arsenal side.