By Fxblogger (self meida writer) | 8 months 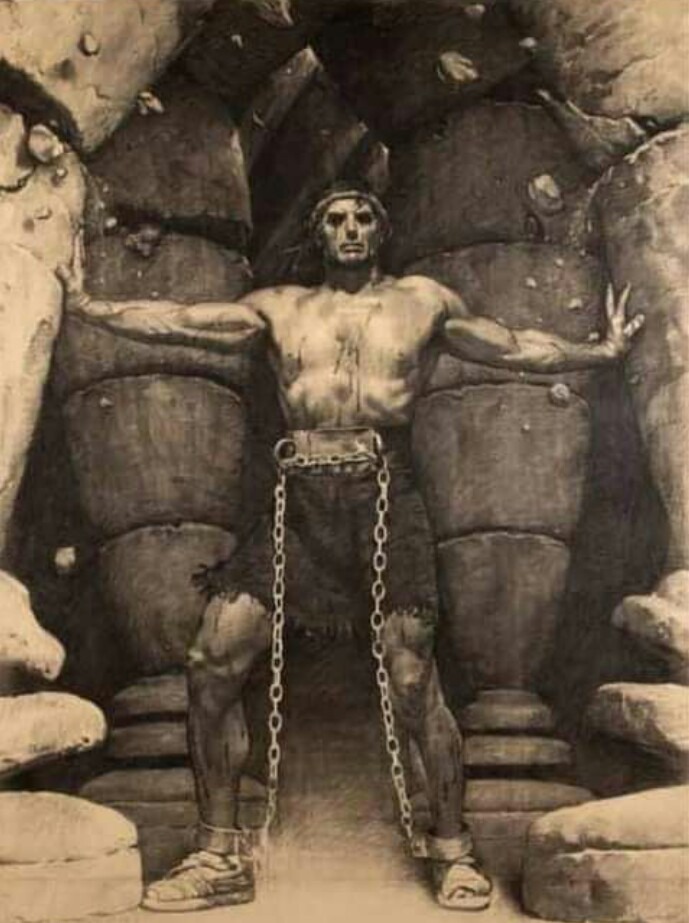 Who killed Samson Delilah or Philistines the answer is non of the above. Though we are very clear that Samson was betrayed by Delilah. Handed over to the Philistines and after which he was executed.

Permit me to tell you that even if there were 10,0000 Philistine soliders they wouldn't have defeated Samson.

Do you know the reason why? Samson's strength was not of this world it was Devine. I mean as long as no can defeat god, no army could have defeated Samson no matter how strong or how many they are.

God raised Samson a terror to the Philistines, he killed a Lion with his bare hands, lifted the gate of a city and walked 46 miles with it on his soliders. He fought and killed 10,000 Philistine soliders with a jaw bone, what if he got a spare or sword?

So who killed Samson?

The answer is Samson, yes Samson killed himself.

A man is his greatest enemy, what an enemy can not do to a man, that he would do to himself. Samson killed himself, he delivered himself to the lap of Delilah and used his own mouth to tell the secret if his power.

The Bible said in (proverb chapter 19 vs 3 ) the foolishness of man perverteth his ways and his heart fretteth against the Lord.

Nobody can ruin your life except you do with your own hands. Although you can bleam Lt on God, or family or government or even the devil.

You are the architect of Your life you are your greatest enemy. Even if your grand parents have done any evil, until you press the trigger it won't explode on Your face. No Satan or witch have the power to hurt or destroy you no matter how they try or hate you, you are the only one who can kill yourself by your actions.

When the enemy try as much to kill you but can't they lay in wait and watch you kill yourself by your actions.

* the gentile nations couldn't destroy Mose but anger deprived him of the promise land.

Your greatest enemy is not out side here but inside you. Millions are killing themselves by there actions. Your actions can cause a detrimental effect on you if you don't check mate it.

Hundred of divorce and breakup happen every year because people destroy there own marriages and home with there own hands.

The book of Proverbs says every wise woman build her home but a foolish woman destroys it with her own hand.

If you fail don't look far away, look inward cause what is killing you may be inside you.

What you yield yourself to either kills you or save you.

If you continue yielding yourself to fornication that is what will kill you spiritually or physically.

Everyone have a seed of sin deposited in them through the adamic nature. True repentance kills the seed, but if you don't kill that anger, jealousy, pride, malice, fornication, etc it won't just kill you in the future it may have been killing you already.

TO SUMMARIZE THIS ARTICLE.

1: kill the seed of sin before it kills you.

2: kill that habits now because your greatest enemy is not a spirit, man nor Satan, but you.

Content created and supplied by: Fxblogger (via Opera News )

The EPL Table After Chelsea Won 2-1 Against Manchester City

"They Told Us They Want To Give Us Jobs, But Took Us To A Hotel In Ondo, Rescued Girls Reveal