By Gistvibeztv (self media writer) | 19 days ago 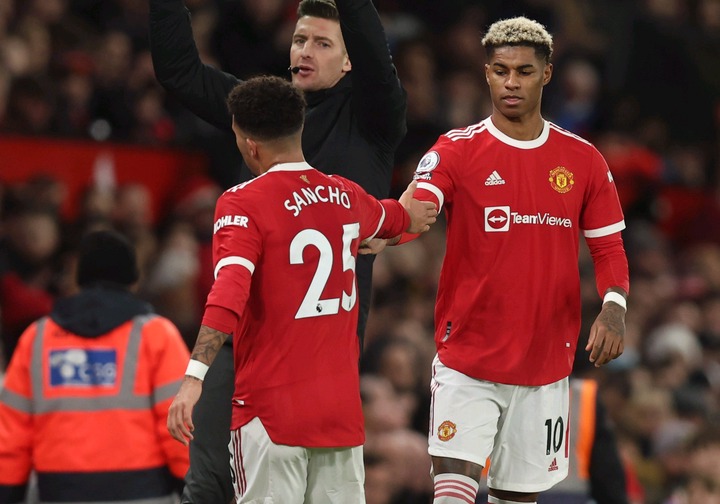 It is anticipated that Erik ten Hag will utilize Rashford and Jadon Sancho as his primary two wingers while coaching at Manchester. Both of the Englishmen share a similar playing style in addition to their extraordinary talent.

They have the ability to score a stunning number of goals regardless of which wing of the field they play on. Both of Manchester United's preseason teams have performed very well this summer under Erik Ten Hag's direction. Manchester United has played two preseason matches.

After suffering a terrible season the year before, during which neither player contributed more than 10 goals to the team's total. The two English talents had a terrible season, which was easily the worst one of their whole lives playing professional football.

Next year, when they return, there will be a lot of pressure on them since the Dutchman in charge of the team is likely going to make them his primary forwards. Both Marcus Rashford and Jadon Sancho are excellent wingers, which is a position that Erik ten Hag prioritizes when constructing his sides, therefore they are ideal for his methods.

The two are not the only players that have a good chance of flourishing under the Dutchman's leadership over the upcoming season. There is a forward at Old Trafford who has been given short shrift, and he has the potential to score more goals than both Sancho and Rashford combined.

At this point, Anthony Martial is ranked third behind Jadon Sancho and Marcus Rashford in the club's depth chart. In contrast to Marcus Rashford, the French attacker has already won the title of leading scorer at Manchester United on two separate occasions.

After serving as the primary striker for the club for the majority of the preseason, he has demonstrated outstanding performance for Ten Hag's coaching staff. As he approaches the prime years of his career, it is highly conceivable that he will rack up a tremendous number of goals for the Red Devils.

Martial is widely considered to be one of the most talented players in the Premier League, and it appears that he is prepared to thrive under Erik Ten Hag's tutelage. It is possible that he will finish the upcoming season with more than 20 goals if he gets adequate playing time.