By Baritone (self media writer) | 1 year ago

Willian's new physical appearance now appears to be a bit fat with pot belly meaning he has over enjoyed himself doing the break. This got fans angry after the friendly match against Hibernian

Pictures of Willian from Arsenal's recent pre-season friendly have gone viral on social media as there are suggestions that the players seems unfit and out of shape. 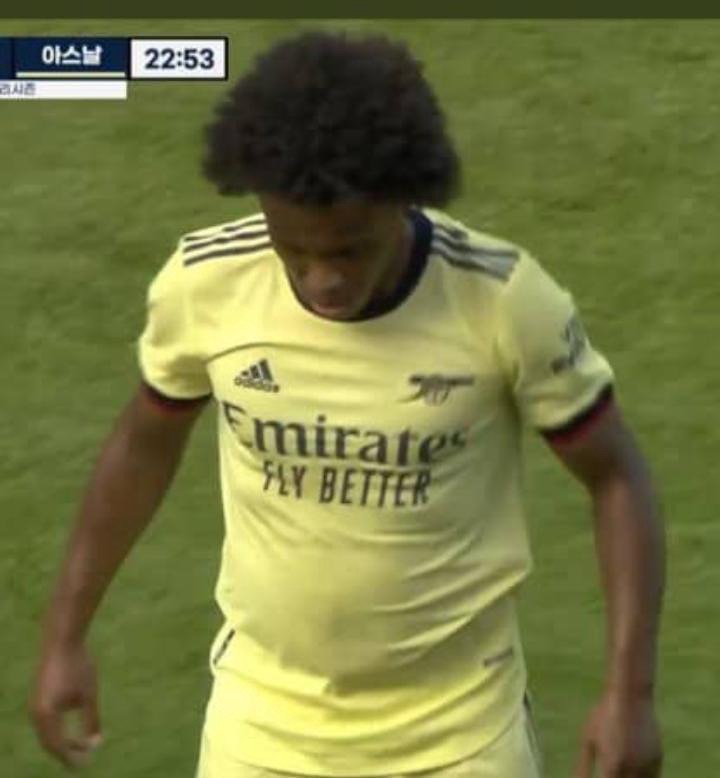 Below is what some of the fans said:

🗣️ "What happened to this guy? He used to be a world class winger."

🗣️ "There are real tears in my eyes."

Same man helped Chelsea win the Europa, same man helped Brazil win the Copa, many Willian supporters hope doesn't say there wasn't a baller there when he was at Chelsea when Jose needed him. He isn't the first player not to work at a new club. But he wasn't a bum. Period.

Many think he's going to come back stronger and better and try to prove that his still a good player despite the bad first season he had with the club, that's if he stays, same goes for Auba.

Arsenal want to go all out for Houssem Aour plus Jame Maddison if those two arrive then part of the problems they're are facing will be dealt with after we can focus on making good use of Lacazatte and Elneny Bellerin, willian

Content created and supplied by: Baritone (via Opera News )