Despite Leaving The Spanish Laliga 3 Years Ago, See The Ronaldo Record That Is Untouched

Spanish laliga one of the best and physical league amongst Europe top five league. Ronaldo made the move to Spanish Laliga back in the year to 2009 July 1st , that is over 12 years ago since Ronaldo signed for one of the biggest club in Europe Real Madrid.

Ronaldo took a big step up in his career as he lefts Manchester united after spending just six years with them, ronaldo's transfer move to Real Madrid in 2009 was one of the biggest transfer that happened that year as Real payed a breaking fee of £94 million for the Portuguese international. 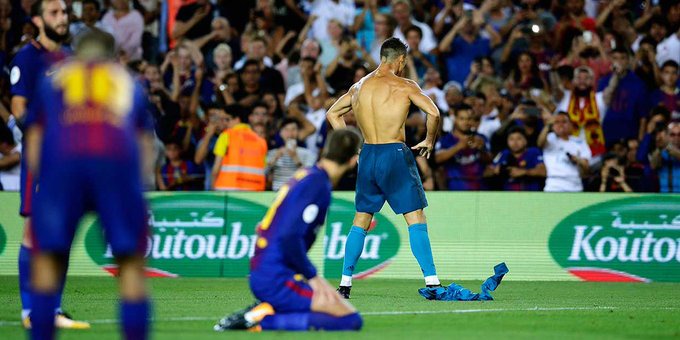 Ever since Ronaldo joined the Laliga he has done great things with the club and achieved great individual records at Madrid, ahead of the upcoming Elclassico on April 10 and a twitter fan page of Ronaldo posted something shocking that caught my attention. They said despite Ronaldo leaving the La Liga three years ago, he is still the top scorer in Eclassico at the Camp Nou. He has more goals in the camp nou ( Barcelona home stadium ) that any other player. ( Eclassico the biggest match event of the century - Barcelona VS Real Madrid ). 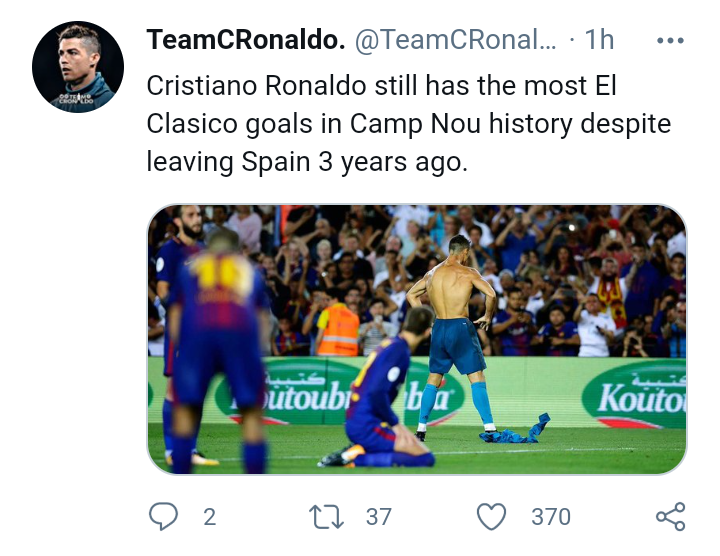 Ronaldo is a man of greatness, drop a like and also share if you are true fan of Cristiano Ronaldo.

Do you think this record of Ronaldo will ever be touched, Ronaldo has 14 goals at the Camp Nou. Drop your honest opinion in the comment section below and do well to like, share and follow for more football updates.

Among These Barcelona Academy Players, Name Your Favorite 3

Clubs Who Could Be Interested In Signing Jose Mourinho As Coach After He Was Sacked By Tottenham.