Feminist Tries To Change The Diction Definition Of Woman

By LaVictoria (self media writer) | 1 year ago

You know, language changes. If you don't believe me, ask yourself why you don't speak like the King James Version of the Bible. The thing is, people and culture define how language would change, and I guess a particular language might be experiencing a very significant change in a while from now.

About 100 high profile personalities have signed a petition to Italian dictionary Treccani, calling on it to change its definition of the word "woman". This petition was started by prominent feminist and activist, Maria Beatrice Giovanardi, who was also behind an earlier campaign in 2020, to get the Oxford English Dictionary (OED) to remove words such as "bint" and "bird" as other ways of saying "woman", and after tens of thousands of people signed her petition, Oxford University Press updated its definition, removing the words. 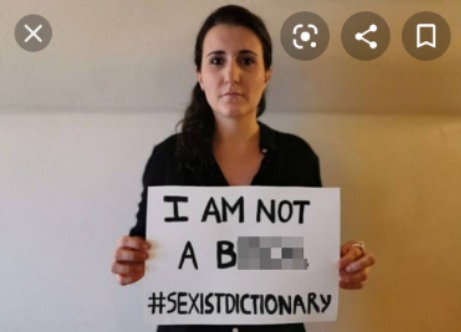 In her petition, she argues that derogatory terms such as "puttana" ( which means whore) should be removed from the list of synonyms, when talking about the word woman. She claimed that those words reinforce the objectivity of women and the view of inferiority that the society places upon them.

"Language shapes reality and influences the way women are perceived and treated," she wrote in her letter.

But the online dictionary has come out to defend their inclusion of the word in their dictionary. In a blog post published in November, Treccani said that the dictionary did not "select lexicon based on moral judgment or prejudices". "If society and culture express negativity through words, a dictionary cannot refuse to document them," it added.

This petition has been signed by prominent activists, including members of the LGBTQ+ community, politicians and the deputy director general of the Bank of Italy.

In my opinion, I believe this is making an issue out of nothing. I believe that the purpose of the dictionary is to give the definition, pronunciation, synonyms, antonyms and so on, of words, including the ones commonly used by the general public in our everyday life. If the word used is derogatory to a specific group of people, it doesn't warrant a removal from the dictionary does it? How else would anyone know that those words are derogatory?

Can I hear your views on this development? Should the words be removed from the dictionary? Are there some words, used in Nigerian English or native languages, which are derogatory to women and should be changed? Can we hear about them?