By Maxidel (self media writer) | 6 months ago

Despite the paucity of silverwares in the last few seasons, Manchester United remain a dominating force in football.

Over the years, the Red Devils have cultivated a special winning mentality which has made them a fan favorite team.

At their very best, United can be entirely merciless especially when they play at Old Trafford and even though scoring two or three goals could have been sufficient for them to pick up maximum points in their Premier League games, there were times the Red Devils showed how goal hungry they can be and made the scoreline looked really devastating for their opponents.

In this article, I will be sharing with you the two times Manchester United won a Premier League game with a 9-0 scoreline at Old Trafford.

The very first time the Red Devils scored 9 goals in a Premier League match was against Ipswich Town.

The League one side were deeply mired in the drop zone when they visited Old Trafford on 4th March 1995, but a ruthless United team put nine goals beyond them with Andy Cole scoring five. 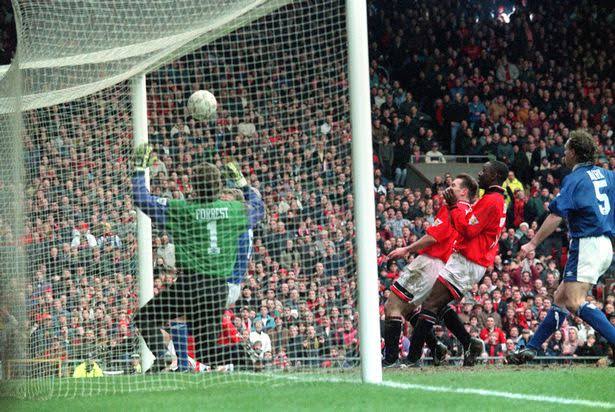 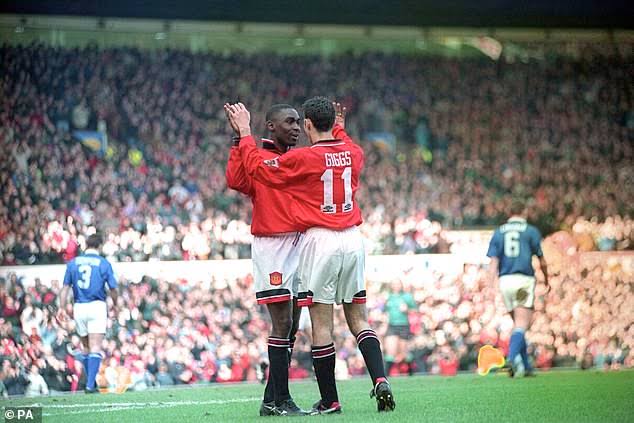 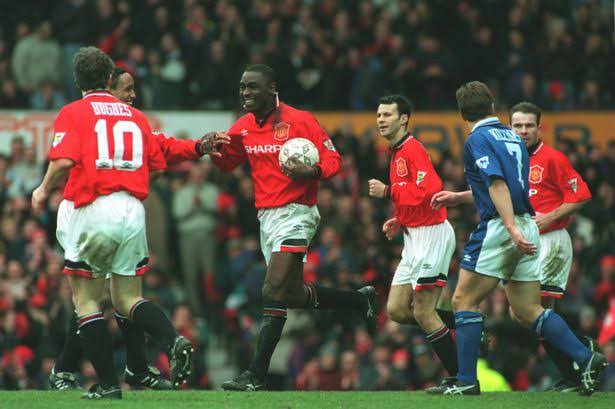 It was a master class performance from the home side and although they didn't win the title that season, their heavy defeat on Ipswich contributed to the Tractor Boys eventual relegation. 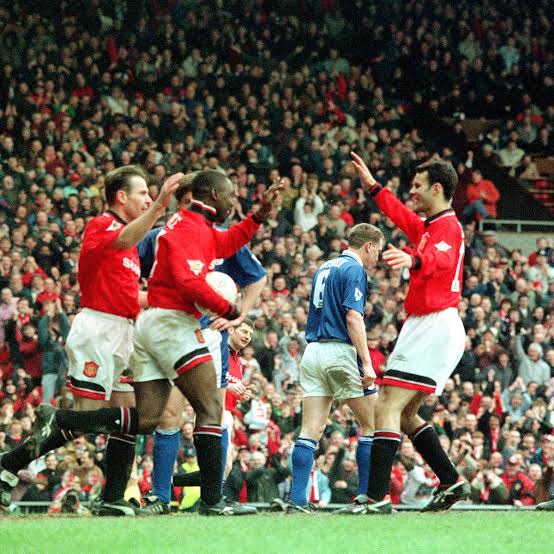 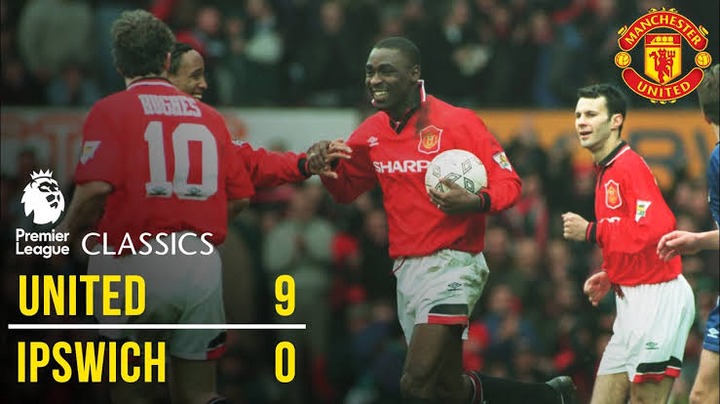 Recollecting the memories of 1995, the Red Devils dispatched the Saints the same way they did to Ipswich 26 years ago.

In another 90 minutes of goal festival at the Theater Of Dreams, the likes of Anthony Martial, Daniel James, Wan Bissaka all found the back of the net.

Just like in 1995, United finished second at the end of season despite such a resounding victory, but unlike Ipswich, Southampton managed to avoid the drop. 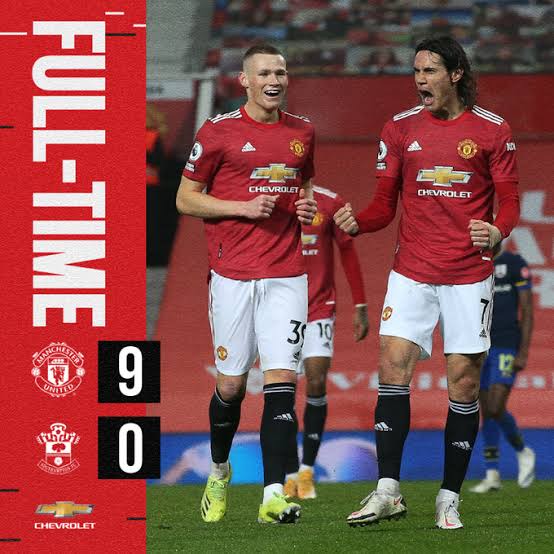 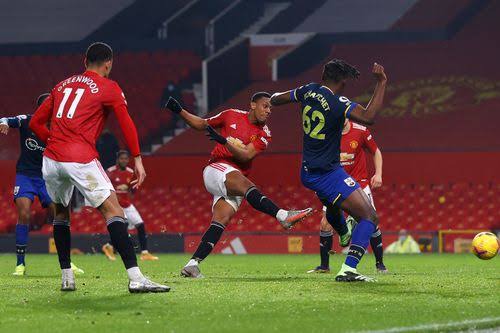 Scoring plenty of goals is a tradition of Manchester United, but so long as those goals can translate into silverwares at the end of the campaign, it will definitely be worth scoring.