By 2gbazky (self media writer) | 2 years ago

It's been a thug of war between some top teams in English premier league since the restart of the league. The vision of every team is either to win the league or better still qualify for the champions league, and since Liverpool has emerged the champion and the burden on Manchester city has been lifted, it is automatically giving Manchester city the ticket to competing in the next European competition come next season, which is also in line with the position the team is currently holding in the premier league. Teams like Chelsea,Manchester united,Leicester city and Wolves has been relentlessly trying everything to be in the next season's champions league. The efforts being put in place by these teams is making the league more challenging and interesting.

Looking at the intensity,it will be undetermined until the end because of the fixtures of each of these teams and irrespective of the performances of these teams,the performance of their opponent is another factor that will determine where each team ends. 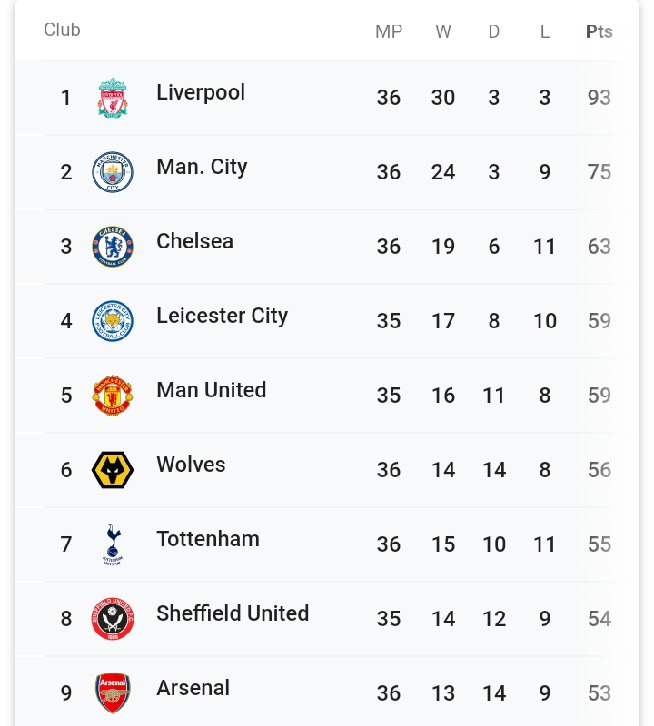 Content created and supplied by: 2gbazky (via Opera News )