By Lamedah (self meida writer) | 1 months

Porto manager, Sergio Conceicao has spoken ahead of tomorrow's Chelsea UEFA Champions League clash against his team, that will be taking place at the Ramon Sanchez-Pizjuan stadium.

If we recalled, Chelsea won FC Porto during their first Champions first leg Clash in a match that ended two goals to nil, courtesy of Mason Mount and Ben Chiwell strikes.

However, the FC Porto manager has delivered his comments ahead of Chelsea tomorrow's clash against his side, of which he said his team will be staging a comeback against the Premier League giant, and that what happened to Chelsea during their Premier League clash with West Bromwich Albion is likely to repeat itself. 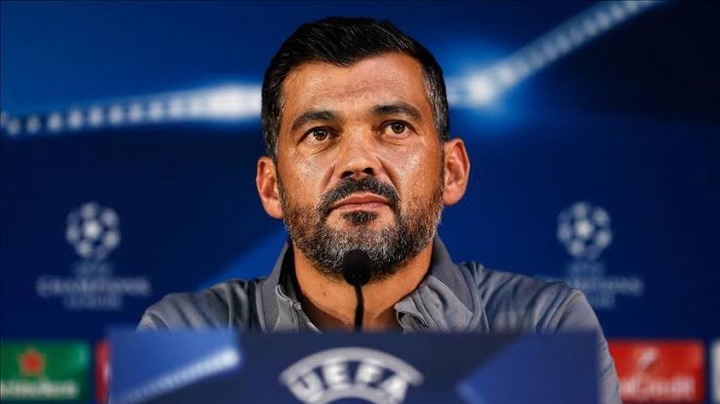 During an interview on the teams news, Sergio Conceicao said, his midfielder Sergio Oliveira is unlikely to partake in the game, but he would see to it if the midfielder can participate.

And he further said, Chelsea has players that cost three times more than their players and they also have teams that are costlier than their team combine, but they are ready to fight till the end Tomorrow, to stage a comeback against Chelsea.

Do you think Porto will be able to stage a comeback against Chelsea? Feel free to comments and like.