By LakemanOfficial (self media writer) | 17 days ago 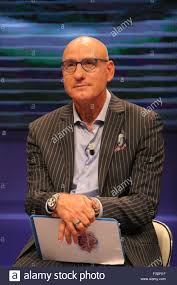 Romelu Lukaku fired Inter Milan to the Serie A title scoring 20 plus goals to give the Nerazzurri their first ever Scudetto in the past decade.

Inter would however lose Lukaku to Chelsea during the summer, and also former boss Antonio Conte and right-back Achraf Hakimi.

The Serie A giants signed up former Chelsea target Edin Dzeko from Roma to replace Lukaku, and he has had a fine start to the season.

However, former Torino and Fiorentina striker Ciccio Graziani believes that Inter are still a formidable side and favourites to defend their Scudetto crown.

He even went further to say that Dzeko is better than the current Chelsea man.

He said: “For me at Inter there are no problems, they are a huge team and they lack nothing. In my opinion they are the most serious candidate for the Scudetto.”

Speaking on Edin Dzeko he stated, “He’s doing well, he knows where the ball needs go. Last year he scored few goals, Inter took a risk, but he is doing better than Lukaku right now.”