By DAMRISBLOG (self media writer) | 4 months ago 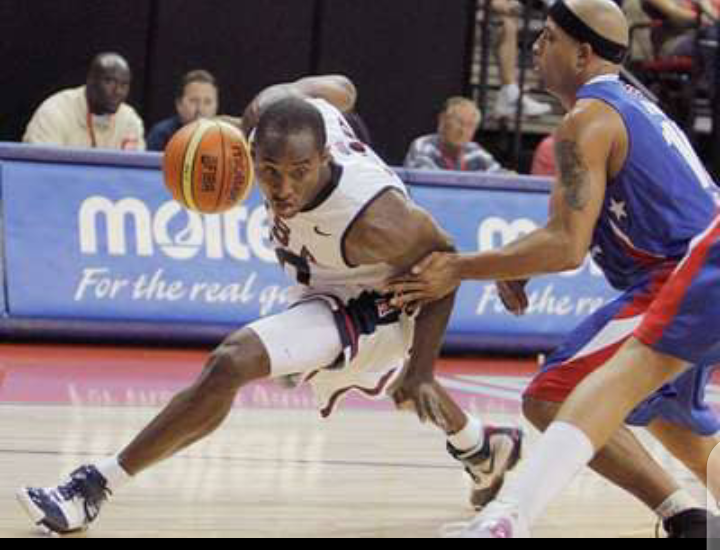 Kobe Bean Bryant was an American professional basketball player. A shooting guard, he spent his entire 20-year career with the Los Angeles Lakers in the National Basketball Association (NBA). Widely regarded as one of the greatest basketball players of all time.

Kobe Bryant was born on August 23, 1978 and died on January 26, 2020 . Bryant won five NBA championships, was an 18-time All-Star, a 15-time member of the All-NBA Team, a 12-time member of the All-Defensive Team, the 2008 NBA Most Valuable Player (MVP), and a two-time NBA Finals MVP. Bryant also led the NBA in scoring twice, and ranks fourth in league all-time regular season and postseason scoring. He was posthumously voted into the Naismith Memorial Basketball Hall of Fame in 2020.

Born in Philadelphia and partly raised in Italy, Bryant was recognized as the top American high-school basketball player while at Lower Merion. The son of former NBA player Joe Bryant, he declared for the 1996 NBA draft and was selected by the Charlotte Hornets with the 13th overall pick; he was then traded to the Lakers.

As a rookie, Bryant earned a reputation as a high-flyer by winning the 1997 Slam Dunk Contest, and was named an All-Star by his second season. Despite a feud with teammate Shaquille O'Neal, the pair led the Lakers to three consecutive NBA championships from 2000 to 2002. In 2003, Bryant was charged with sexual assault, criminal charges were dropped after the accuser refused to testify, and a lawsuit was settled out of court, with Bryant issuing a public apology and admitting to a sexual encounter he maintained was consensual.

Bryant led the team to consecutive championships in 2009 and 2010, both times being named NBA Finals MVP. He continued to be among the top players in the league through the 2012–13 season, when he suffered a torn achilles tendon at age 34. Season-ending knee and shoulder injuries followed in the next two seasons. Citing physical decline, Bryant retired after the 2015–16 season.

The all-time leading scorer in Lakers history, Bryant was the first guard in NBA history to play 20 seasons. His 18 All-Star designations are the second most all time, while it is the record for most consecutive appearances as a starter. Bryant's four NBA All-Star Game MVP Awards are tied with Bob Pettit for the most in NBA history. He gave himself the nickname "Black Mamba" in the mid-2000s, and the epithet became widely adopted by the general public.

Bryant died, along with his daughter Gianna and seven others, in a helicopter crash in Calabasas, California. A number of tributes and memorials were subsequently issued, including renaming the All-Star MVP Award in his honor.

In addition to his professional accomplishments, he was a member of the gold medal-winning U.S. men’s basketball teams at the 2008 Beijing Olympic Games and the 2012 London Olympic Games. In 2015 Bryant wrote the poem “Dear Basketball,” and two years later it served as the basis for a short film of the same name, which he also narrated

In 2018 Bryant published the book The Mamba Mentality: How I Play, in which he described his approach to basketball; the title reflected a nickname he bestowed upon himself during his playing days, “The Black Mamba.” On January 26, 2020, Bryant and his 13-year-old daughter were among a group traveling to a girls basketball game in a helicopter when it crashed, killing all nine people aboard. He was elected into the Naismith Memorial Basketball Hall of Fame later that year.

Kobe scored 81 points in an NBA game, which is the second most points scored in a single game.

He holds the record for the most career points scored by a Los Angeles Laker.

He is the youngest player to score 26,000 career points.

He actually held a lot of the "youngest" records in the NBA, but LeBron James is catching him in many categories.

He was selected to the All-NBA Team fifteen times and the All-Defensive Team twelve times. Kobe Bryant was an amazing basketball player, but he also had interests in other areas. One hobby he dipped his feet into was hip hop. His most well known song is called Hold Me, and he was featured on it with Brian Mcknight. Bryant also made an appearance in the Destiny's Child Bug-A-Boo music video.

His net worth at the time of his death was an estimated $600 million.

Content created and supplied by: DAMRISBLOG (via Opera News )