Ansu Fati had his first start for Barcelona FC as the club's new number 10 yesterday against Valencia. The teenager made his first start since getting injured on the 7th of November 2020. The number 10 Jersey was previously worn by Argentine captain, Lionel Messi who left the club to join Paris Saint Germain after his contract was not renewed by Barcelona FC. 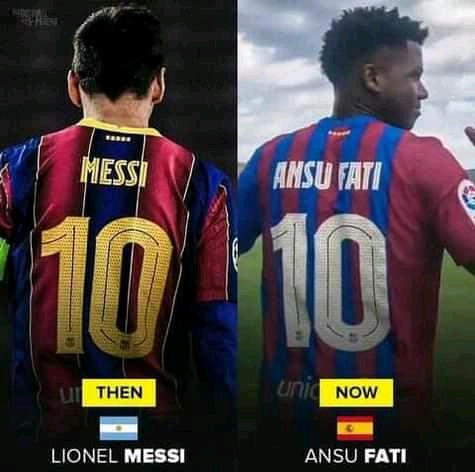 The Barcelona football club's number 10 Jersey is very iconic and it is not issued to just any Barcelona player, but it is given to football players with great talent, who can step up their game and singlehandedly win matches when required. On several Occasions, Lionel Messi had either scored to win a match or create a goal scoring chance. 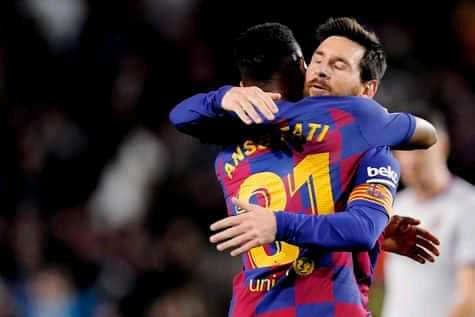 After Barcelona FC announced that it's captain and star player, Lionel Messi will leave the club, one question on the lips of football fans was, who will now wear the iconic number 10 Jersey?

Barcelona striker, Ansu Fati was finally issued the Jersey. And In his first game after returning from a long injury, he scored a beautiful goal from outside the penalty box.

In the Barcelona vs Valencia game that ended 3-1 in favor of Barcelona, his performance brought back the wonderful memories the club has about Lionel Messi. The Spanish teenage forward scored Barcelona's first goal after Valencia opened the scoring. He was also brought down in the Valencia's penalty box which resulted in a penalty. Memphis Depay stepped up and slotted the ball home. 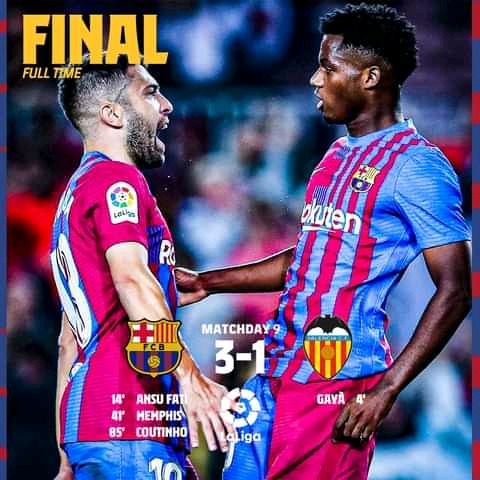 Overall the young Spaniard had a great game despite staying on the pitch for just 60 minutes. With constant repetition of such a wonderful performance tonight, Barcelona FC fans and the club in general will forget about the loss of Messi.