By Marco'sGists (self media writer) | 6 months ago

Marcus Rashford took to his Instagram handle to express his disappointment and as well register an apology to the England fans and his teammates, following his penalty miss against Italy in the UEFA Euro 2020 Championship final at Wembley. The 23-year-old MBE holder sent Gianluigi Donnarumma the wrong way but saw his penalty clipped the outside of the post and out during the shootouts. 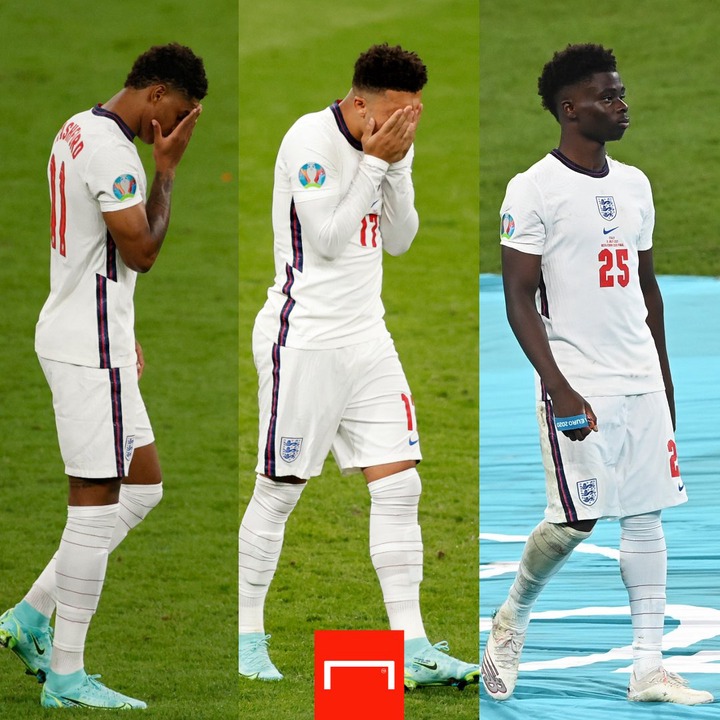 His Manchester United teammate Jadon Sancho missed his, followed by Arsenal's wonderkid, Bukayo Saka's miss, which undoubtedly wrapped up the title for the Azzurri.

After the game, Rashford and the other two who missed their spot-kicks (Sancho and Saka) were subjected to racial abuse from the fans.

After building up enough strength to swallow the defeat and all the abuses, Rashford expressed himself in a top-tier fashion on Twitter. Check out the pictures below to read what he said: 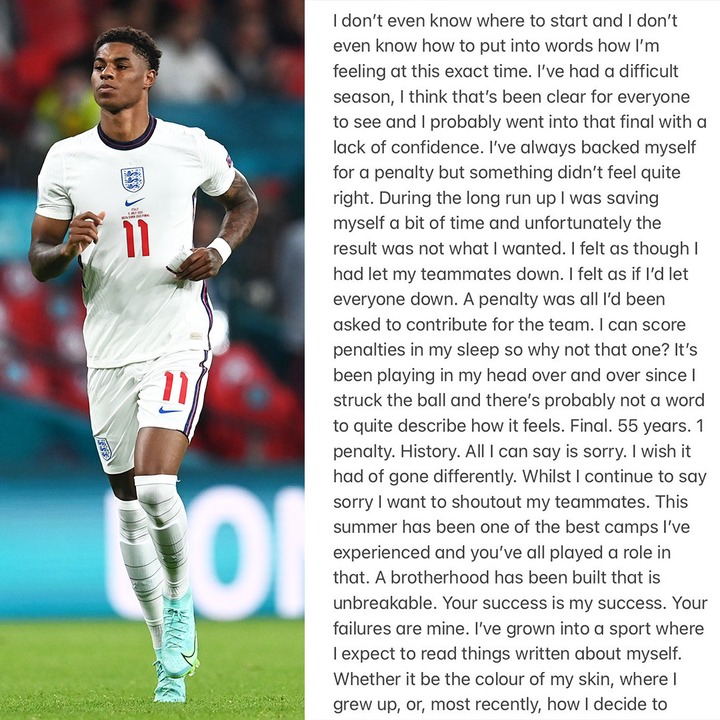 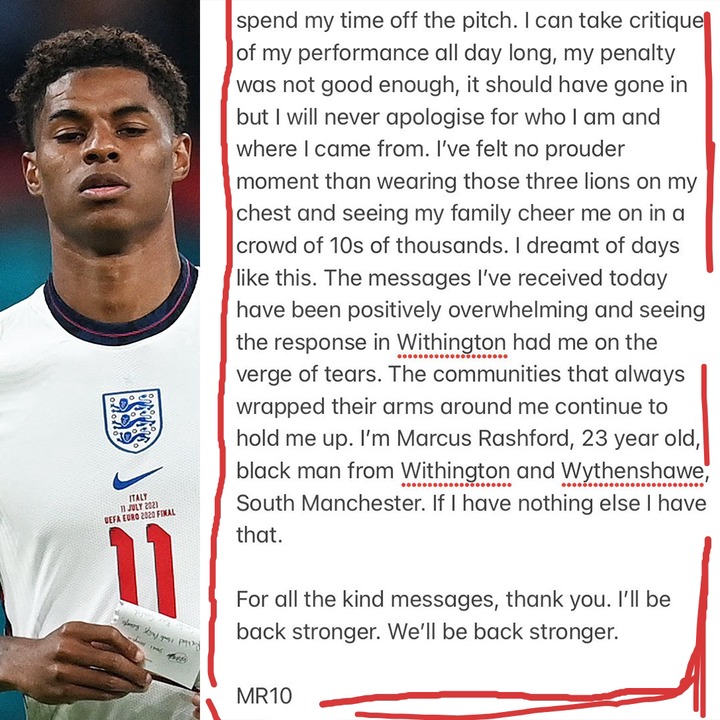 As you can see from the two pictures above, his message is sound and clear. He openly made it known that he'd always backed himself for penalties but against Italy, it was different and the result of the spot-kick was not what he wanted.

He ended the message with a note of thanks for those that showed him support, and a promise to the football fans. He said: “For all the kind messages, thank you. I'll be back strong. We'll be back stronger."

Football is a game where we win some and we lose some. The Three Lions gave their all against Italy, but it was not to be for them.

My heart goes out for Rashford and the other players who were subjected to racism and discrimination.