"Marcos Has Been Playing Well And I Have To Respect That" --Ben Chilwell.

By LakemanOfficial (self media writer) | 3 months ago 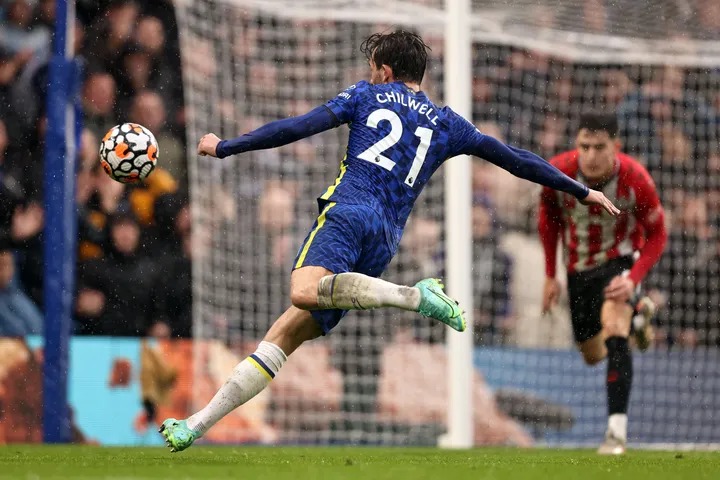 Marcos Alonso started the season brightly, and has been Thomas Tuchel’s first choice in the left wing-back role.

Chilwell was the main man last season and played a huge role as Chelsea went on to win the Champions League last campaign.

With Chilwell struggling for game time for both club and country this season, the 24-year-old has admitted that he has learnt to be patient as he works back to get his place in the team.

Chilwell has also revealed that he has no ill feelings towards Marcos Alonso but he rather respects him for his game.

“It’s about being patient, training hard. Marcos has been playing well and I have had to respect that. I’ve been training hard to make sure when I get my chance, I’m ready.

“I felt fine on Saturday fitness-wise. I’ve been training hard and making sure my fitness is 100 per cent, so when I did have the opportunity to play I was fine to play 90, and make sure I could make the same runs in the 90th minute as I did in the first minute.”

“I felt I had a good game but then gave the penalty away. I just tried to bounce back from that, and got the goal in the end. It is definitely up there with my best goals. It was kind of instinctive, it just came to the back post. The keeper was either on the floor or near the other post, so I thought if I hit the target I had a good chance.

“The manager was happy I was getting in the positions to score. I had a couple of chances in the first half, second one could have done better, first one was a good save. If you look at my stats last year, four goals, seven assists, I did pretty well in that aspect, but you can always improve. I am never satisfied with what I’ve done, and hopefully my numbers will be better than last season and I can keep improving in an attacking sense.’