Kings Of The Match Of Game Week 26 In The EPL

Budweiser King of the Match award is given to the player who scores the highest votes from football fans across the globe after a match.

Fans vote for the player who has the most impressive Stats after being shortlisted among the top five players with the highest point based on fantasy premier league app after every game.

The players who won the Budweiser King of the Match award after game week 26 in the English Premier League are as follows.

Wolverhampton Wanderers Pedro Lomba Neto got the highest votes to win the King of the match award in their encounter with Newcastle United, polling 41.4% ahead of Jamaal Lascelles who has 23.6% and Rüben Neves who polled 16.5%. 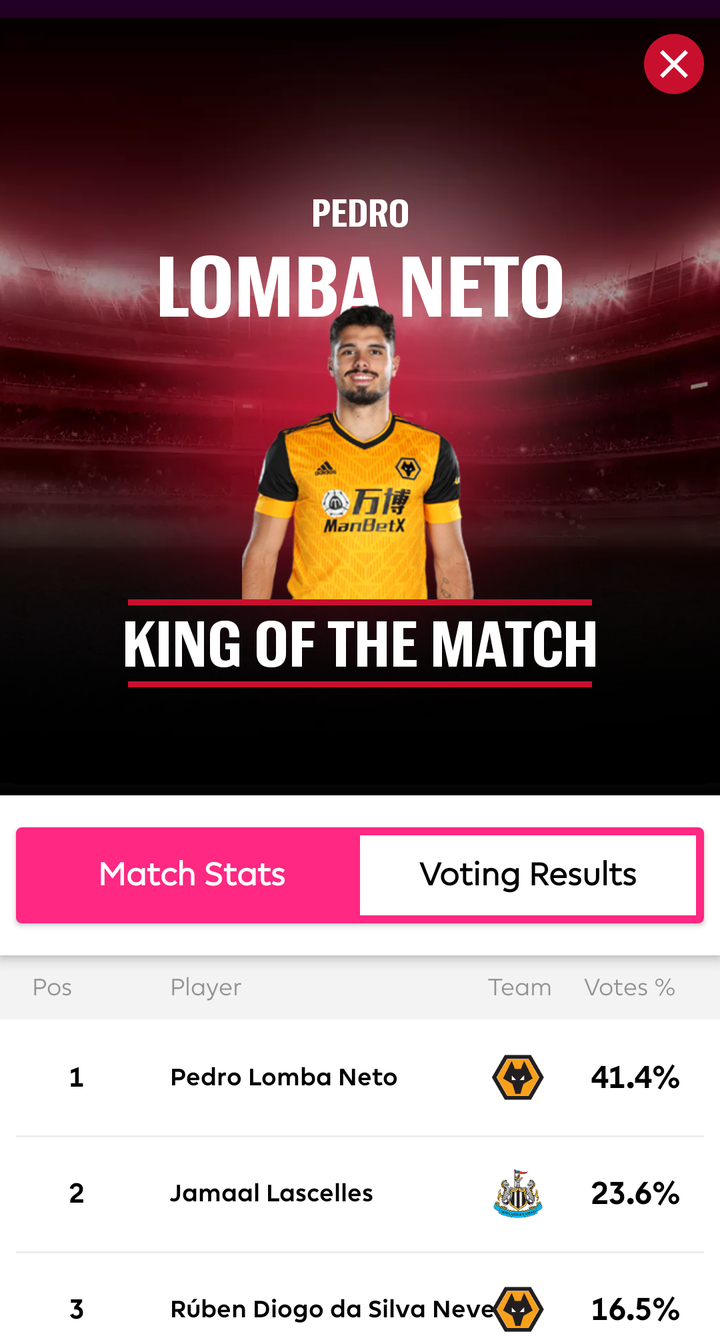 Aston Villa's Argentine goalkeeper Emiliano Martinez won the King of the Match award with 67.8% ahead of Matt Targett and Stuart Dallas. England fullback John Stones clinched the King of the Match award ahead of Manchester City teammates, Rüben Dias and Kevin De Bruyne with 48.5%. Sam Johnstone, Alphonse Areola and Emiliano Martinez are the three goalkeepers to take home the award in game week 26.

He scored 47.0% ahead of Kyle Bartley and Lewis Dunk. 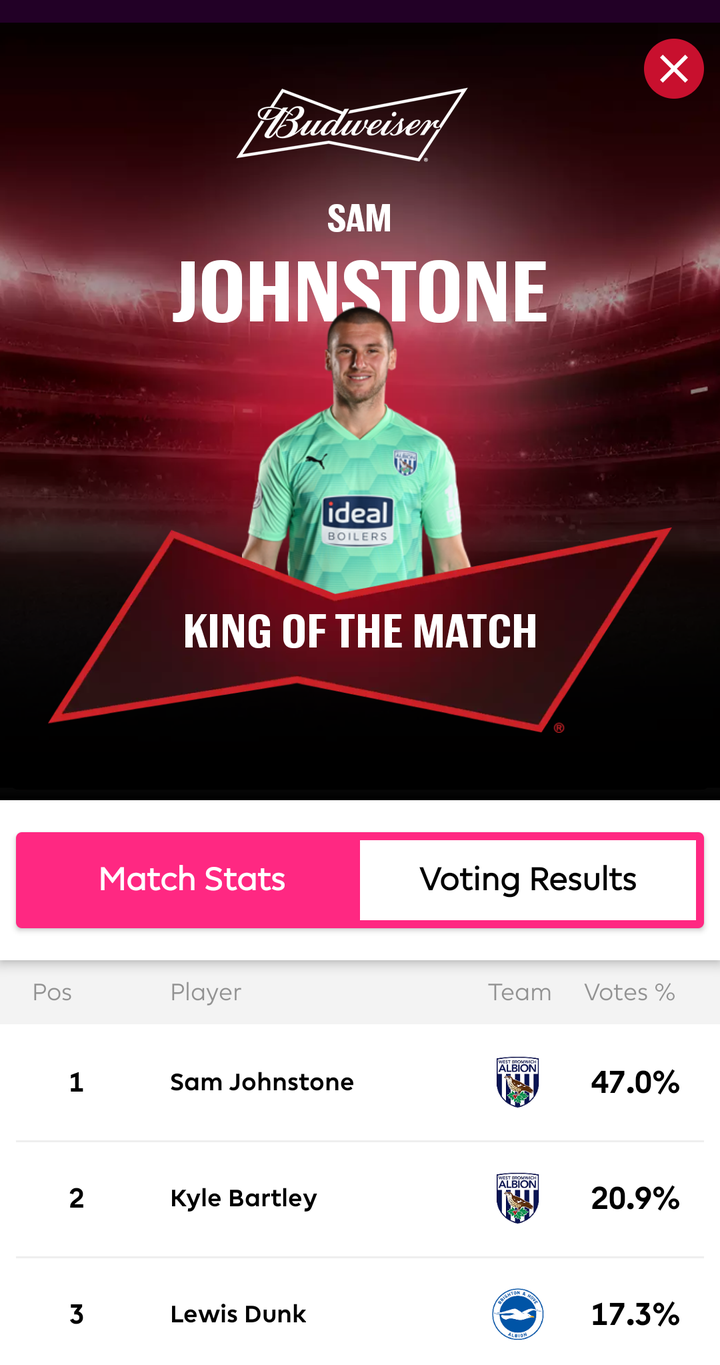 After Liverpool return to winning ways, Curtis Jones was able to clinch the award after a brilliant performance.

Jones scored a staggering 53.3% ahead of teammate Andrew Robertson who scored 12.5 %. Manchester United's draw at Stamford Bridge saw Luke Shaw awarded the King of the Match award after a solid performance against the Blues. 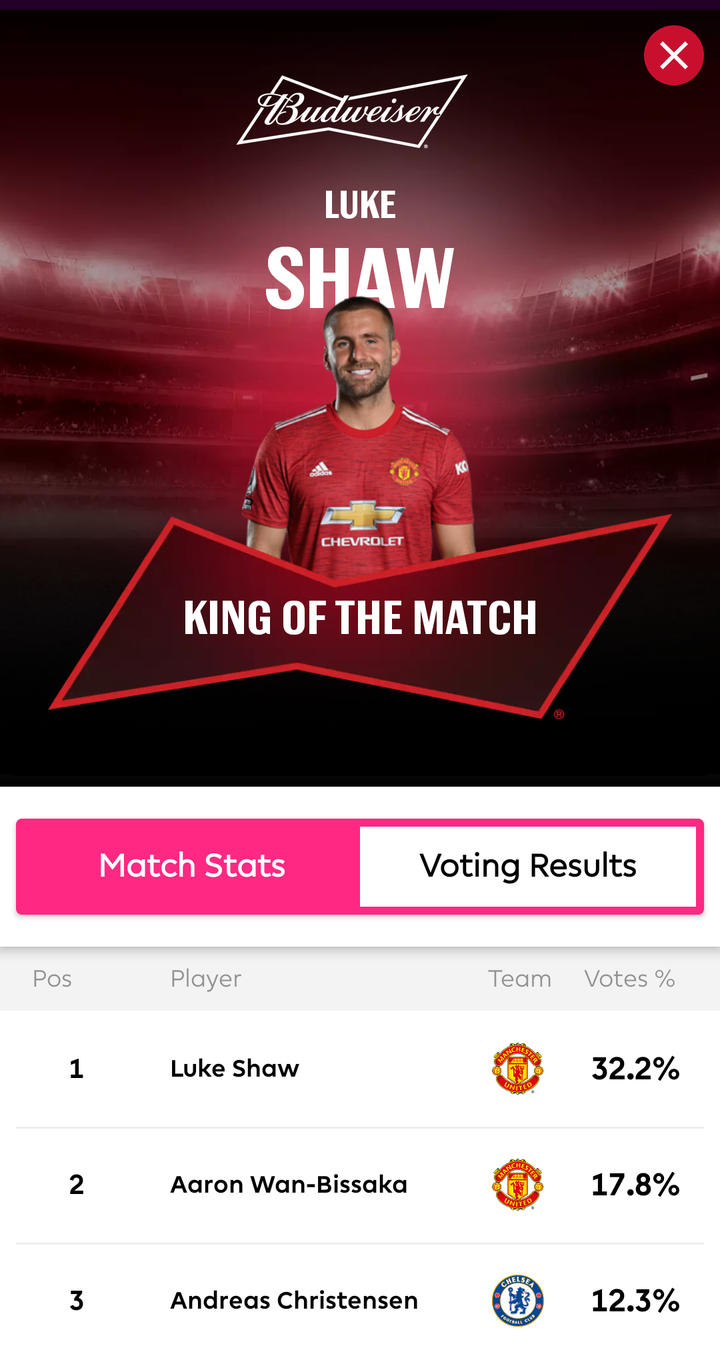 Fulham goalkeeper Alphonse Areola polled a total of 41.2% to win the award ahead of Vicente Guaita and Tosin Adarabioyo. 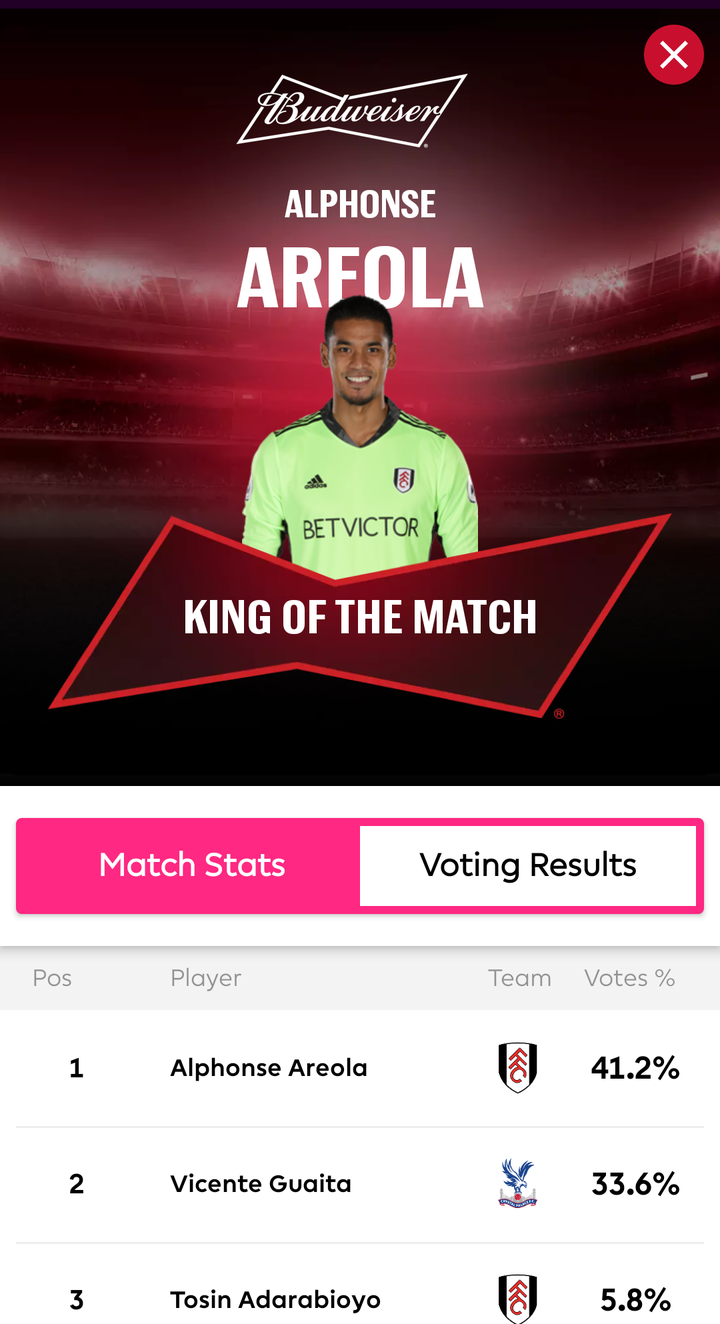 Tottenham Hotspur's South Korea player Heung-Min Son was voted as the King of the Match in their win against Burnley. Nicolas Pépé clinched the award ahead of teammates Willian and Lacazette. 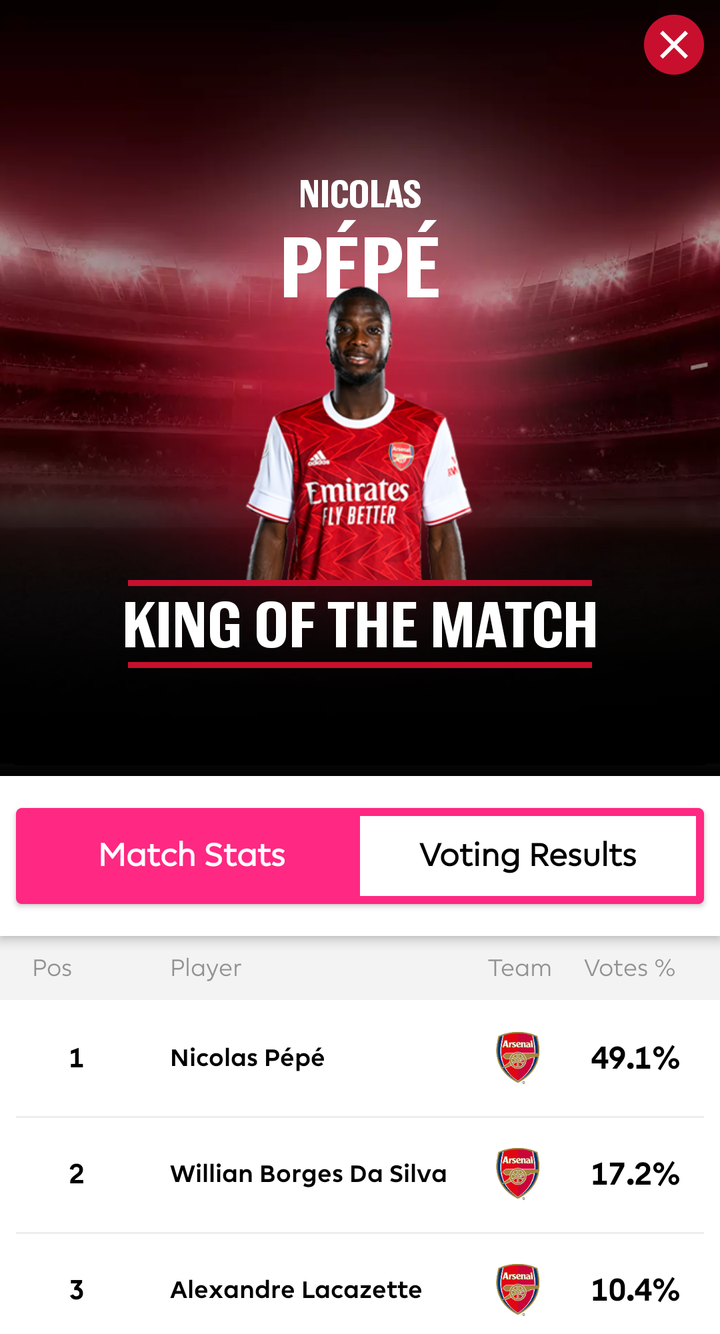 The last game of week 26 saw Everton defeat Southampton by a lone goal from Brazilian Richarlison, who was consequently voted by fans as the King of the Match. Photos: See What Governor Makinde Said About Ladoja After Meeting At A Ramadan Lecture Today