Four Reasons why Cristiano Ronaldo Will be Considered as the G. O. A. T as Against Lionel Messi

History will not forget Ronaldo so soon. His exploits, his sojourn, his adventure, the many languages he speaks and his kindheartedness. 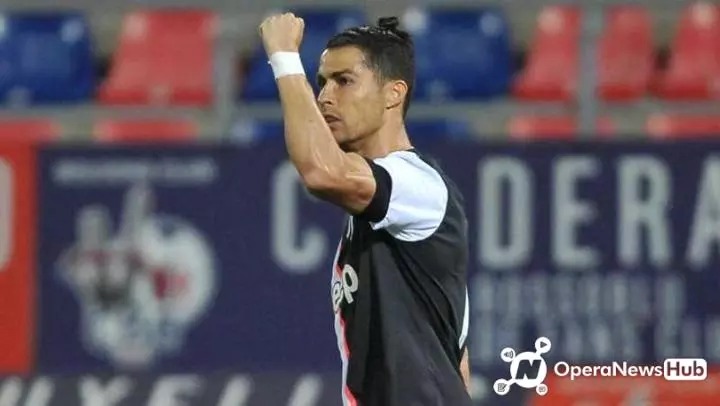 I bring you four reasons why Ronaldo is far better than Messi.

If you are talking about adventure, Ronaldo is an adventurous player. And this is not too far from his yawning for new challenges and the dream to conquer any league he plays in.

The need for a new challenge heralded his move to Real Madrid where he won six Champions League Trophy.

Ronaldo is a serial winner and history will jot forget this.

After conquering the World, Ronaldo sees the need for a new challenge and he moved to Juventus.

He has since conquered Italy and won the Italian player of the year. He won the Italian league with Juventus in his first season and he's on cause to win the league this time around.

While Cristiano Ronaldo has conquered England, Spain and Italy, his closest rival, Lionel Messi seems to be satisfied with the challenges that Spanish league thrown at him.

People have aired the views on how Lionel Messi will fare if he ever moved from Barcelona to another club. Hence many believed that Ronaldo is greater than Messi from this angle.

2. Ronaldo won trophy with the National team. Ronaldo is no doubt the engine room of his country. And it was his three goals that pushed Portugal to winning the European cup.

Messi on the other hand has entered four finals but failed to win any. Alexis Sanchez Chile denied Lionel Messi's Argentina on three different Copa America final. This why some people believe Ronaldo is far ahead of Messi on country's achievement.

3. Ronaldo has more world cup goals than Messi. To call a player a G.O.A.T means that player must have done what no other person has done.

4. Ronaldo speaks Five major world languages. Ronaldo speaks English, Portuguese, Spanish, French and Italian. Lionel Messi on the other hand does not and cannot speak English. And as you know, English is a world Language.

If you think Ronaldo is not better than Messi, please write your reasons in the comment session.