Manchester United performance have step up in their recent games as they maintain their 19th unbeaten run following their 2-0 lead in their last match against Crystal Palace, of which the 2 goals was influenced by Dr. Marcus Rashford and Anthony Martial.

Ever since Belgian forward Romelu Lukaku left Old Trafford, United boss Ole Gunnar Solskjaer, has been in pursuit of a new striker, despite extending Ighalo's loan spell till January 2021.

The departure of Romelu Lukaku led Ole Gunnar Solskjaer to convert Anthony Martial to a centre-forward, and the French man Martial's performance has been impressive this season.

Meanwhile United boss Ole, remain determined in bringing in a new striker into the club during summer, as he is currently eyeing a move for 26-year old Italian striker. 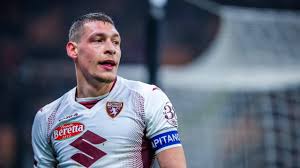 The Italian forward, who holds centre forward position for Torino is believed to be valued £90 million in his contract that his expected to expire in 2022. 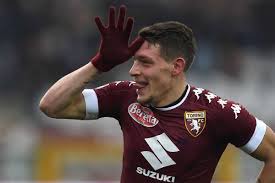 26-year old Andrea Belotti impressive performance this season hasn't only caught the eyes of Man United, he is also believed to be on Everton's radar.