By Michphil (self media writer) | 27 days ago

Chelsea Football Club's goalkeeper, Kepa Arizabalanga has began showing a glow of freshness of form as he has recorded victory in two consecutive matches with the Chelsea squad. He had a successful victory against Tottenham Hotspur on the Premier League where he kept a clean sheet and against Aston Villa on the Carabao Cup where he successful saved the day for Chelsea as his brilliant saves from the penalty shootout, escalated Chelsea to the next round of the Carabao Cup.

However the Spanish goalkeeper who still holds the Chelsea's highest goalkeeper record signing, became a second fiddle to the in-form Mendy was purchased to replace him because he(Kepa), lost his form during his clash with his fiancée and had been finding it hard to recuperate back since then.

The previous two matches in which Kepa had an outstanding performances, has proven that he needs to be playing more games and not just featuring for the Carabao Cup or FA Cup alone. He needs to also feature in the Premier League and UEFA Champions League as well.

Exposing him to more stronger games against stronger opponents will surely develop his mentality for higher games and help him to rediscover his lost form as well. 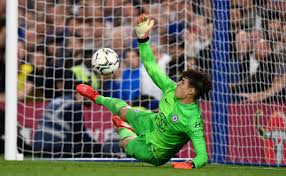 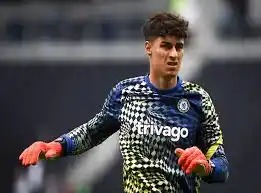