Manchester United team news: Injuries and suspension list ahead of a match against West Ham United

Manchester United have the opportunity to move into the top four on Wednesday night when they play against West Ham United at Old Trafford.

Defeat for Leicester City on Sunday means that even a draw would be enough to heave the Red Devils into the Champions League places, while success would leave them needing only a point on the final day against the Foxes to secure a place to the top-tier European competition.

However, Ole Gunnar Solskjaer's side must leap back from a convincing 3-1 defeat to Chelsea in their FA Cup semi-final at Wembley on Sunday as their 19-match unbeaten streak came to a shuddering stop.

Here are Man United's latest injury and suspension news ahead of the match. Luke Shaw has missed the last two games after twirling his ankle against former club Southampton, and he remains a doubt for this one despite preventing any serious injury. 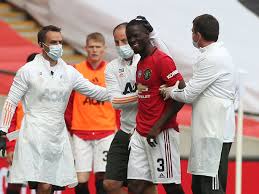 Solskjaer handed out a positive update on Eric Bailly after he was carried away from the field in a neck brace on Sunday following a clash of heads with Harry Maguire, but he is still obvious to miss this match.

The Ivorian underwent a cut to the back of the head and Solskjaer has said that he is "hopefully fine" but the fact that he staggered twice before medics took him away in the neck brace indicates that concussion protocols will come into play, likely ruling him out for the final two games of the Premier League this season. Axel Tuanzebe will not feature again this season either domestically or in the Europa League having been ruled out until September with an unidentified injury. 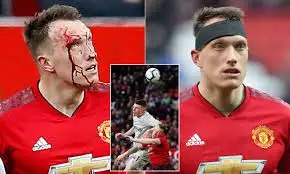 Phil Jones is not expectved to be back in training until later this month, ruling him out of a Premier League return this season and leaving him in a contest against time to be fit for the Europa League.

Manchester United have no suspended player for this match.