All 13 Trophies Asisat Oshoala Has Won So Far [Photos]

By DameTimes (self media writer) | 8 months ago

Asisat Oshoala is just 26 years old, she was born on Ikorodu, Lagos State. The Nigerian Professional soccer striker who plays for Spanish side Barcelona Femini and captains the Nigerian national team has achieved so much at such a young age. She has won thirteen trophies so far, which includes; Three African Women’s Championship with the the Super Falcons in 2014, 2016, 2018. Two Nigerian Women’s Cup, with Rivers Angels 2013, 2014. Two La Liga Primera Division 2019–20 and 2020–21, one Copa de la Reina, one Supercopa Femenina, one Women’s Champions League with FCBarcelona. One Nigerian Women’s Championship held in 2014, one Chinese Women’s Super League [2017] with Dalian Quanjian F.C. And One FA Women’s Cup with Arsenal. Oshoala was announced as the greatest female player to emerge from Nigeria after the conclusion of a poll published on CAF’s women’s verified Twitter handle. 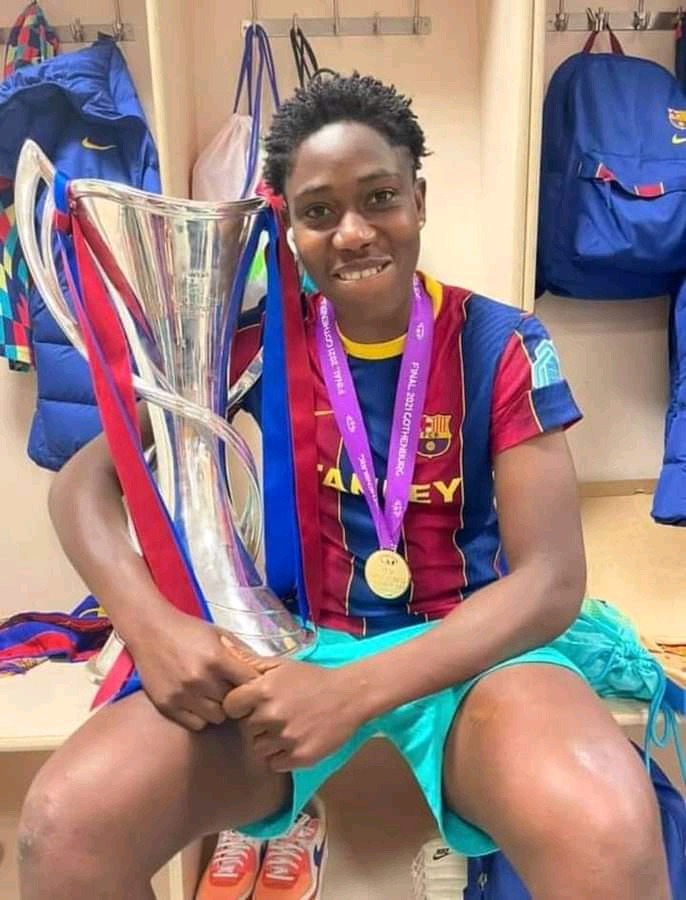 Here are some photos of her posing with the trophies she has won. 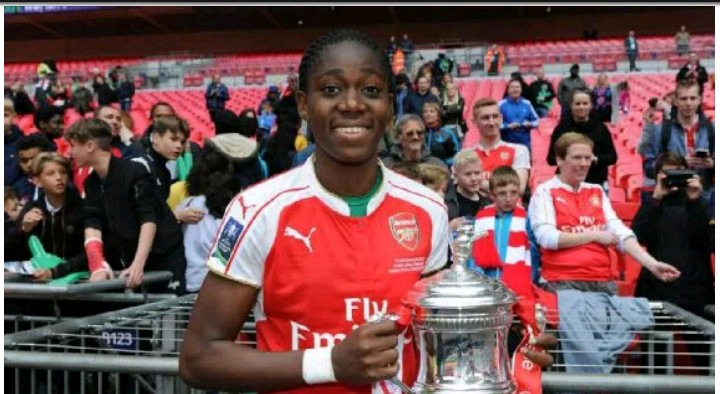 Asisat Oshoala lifts Copa Del Reina, after her side [Barcelona] beat Logrono 3-0 in the final. 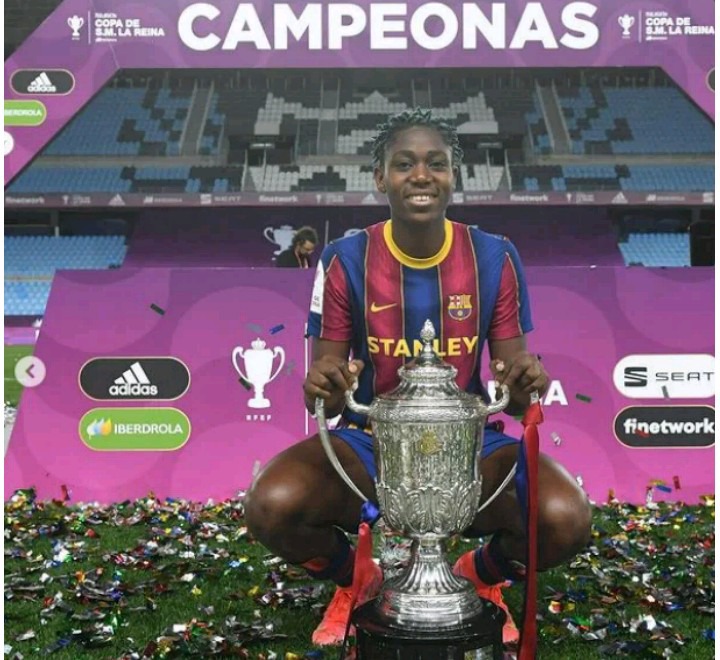 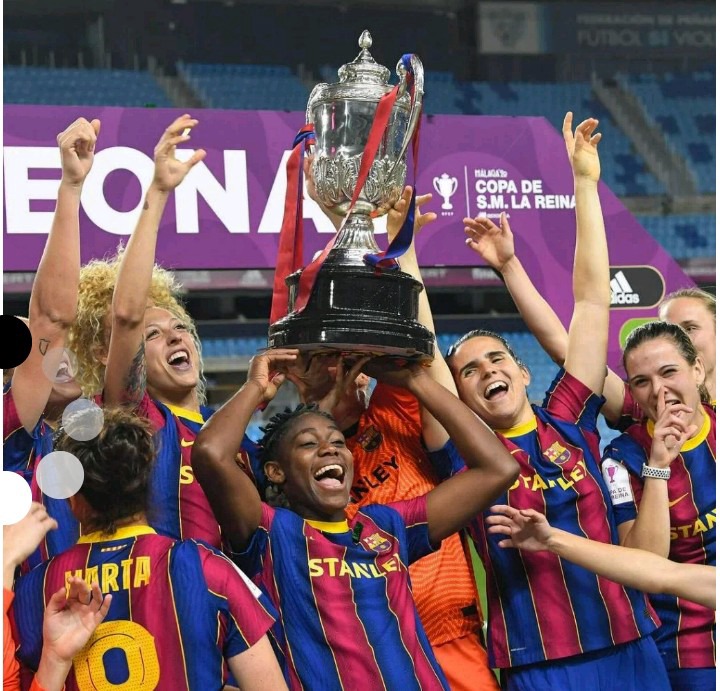 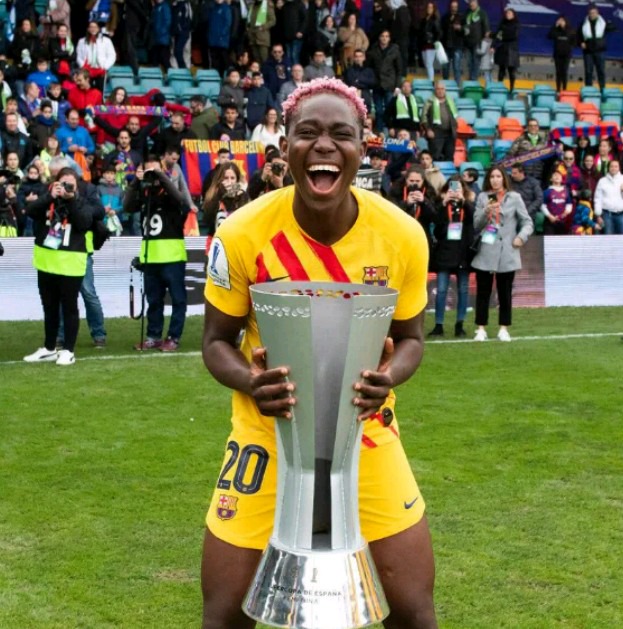 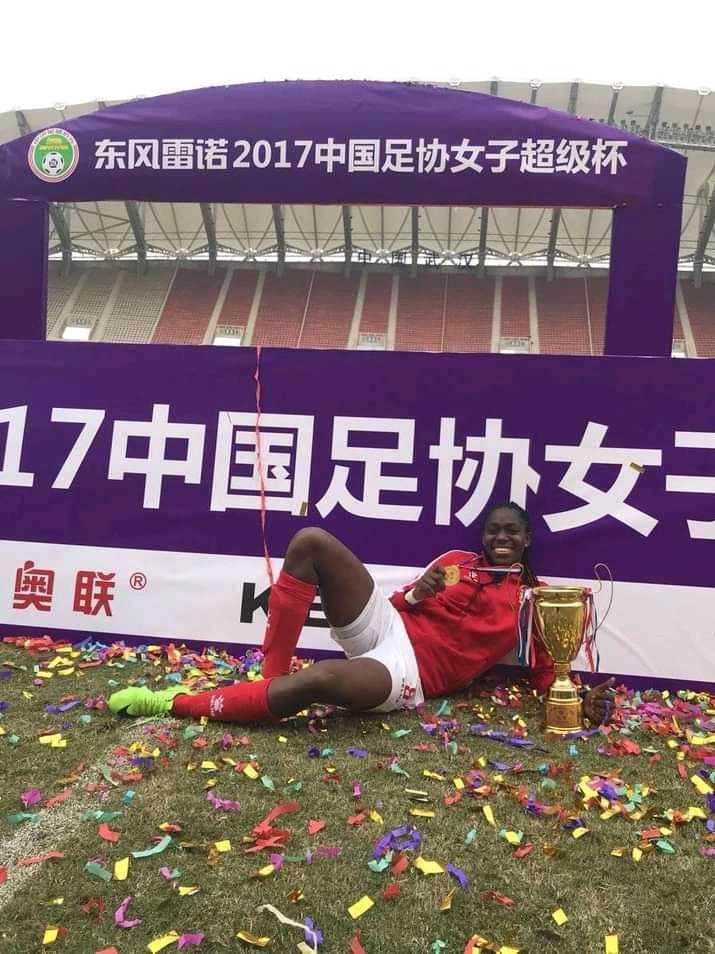 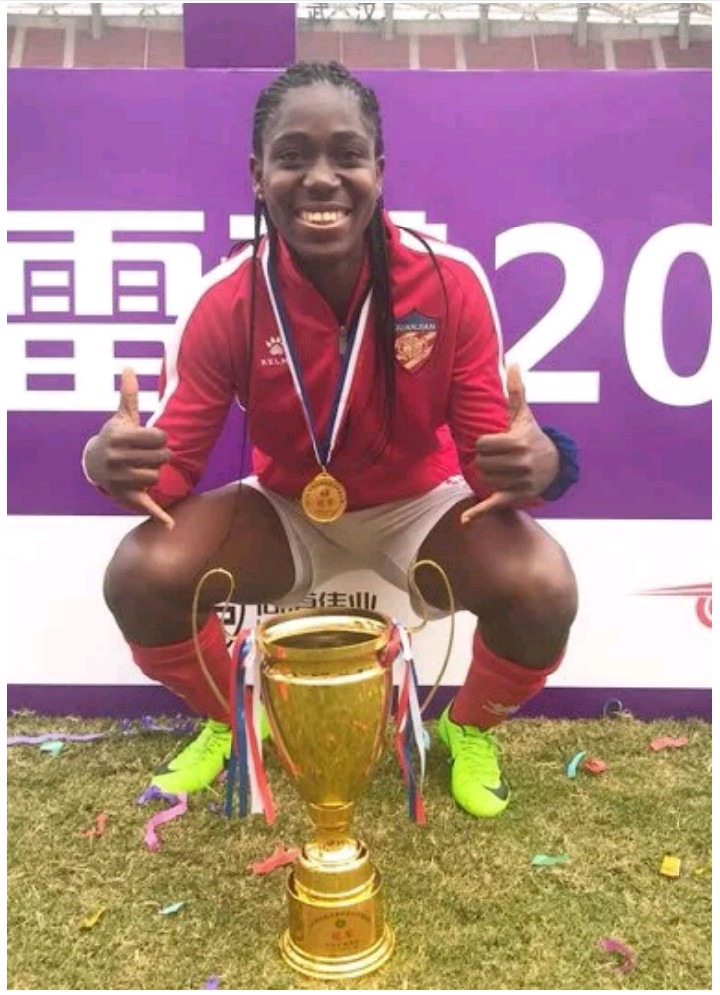 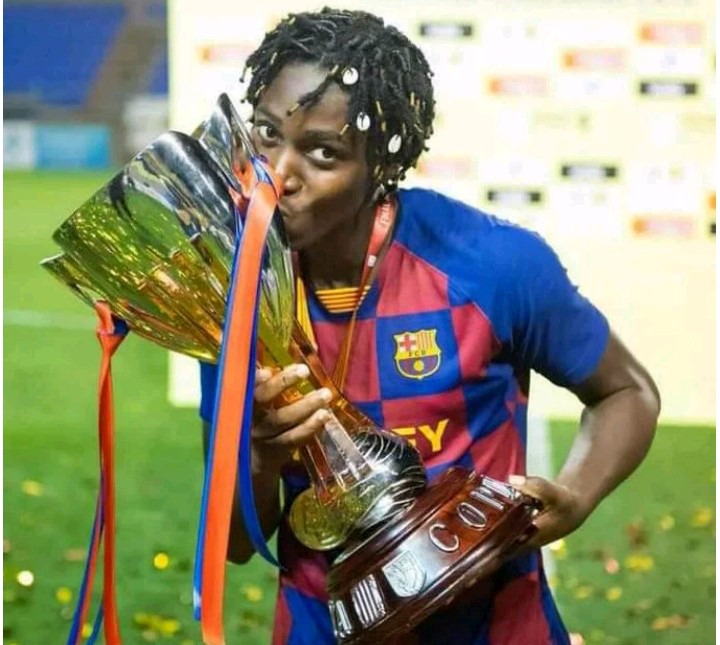 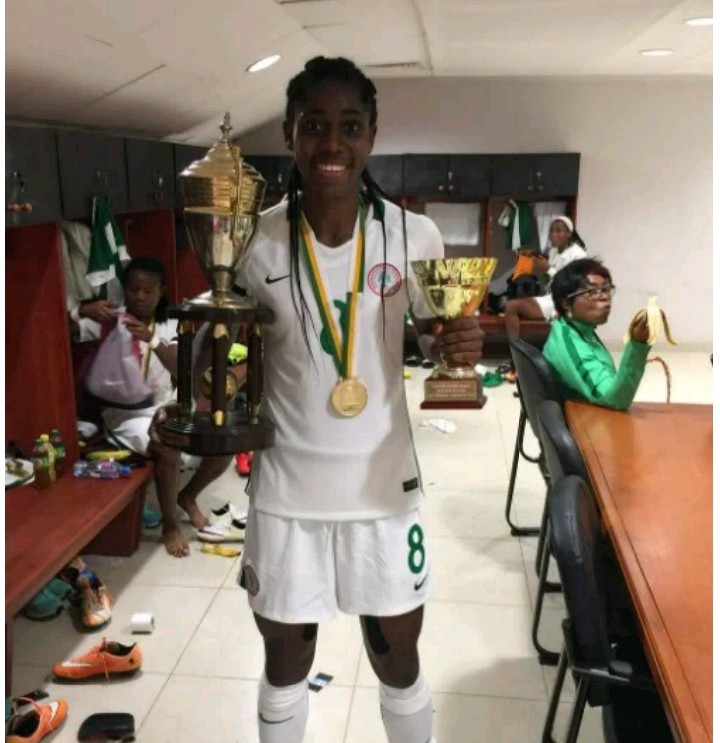 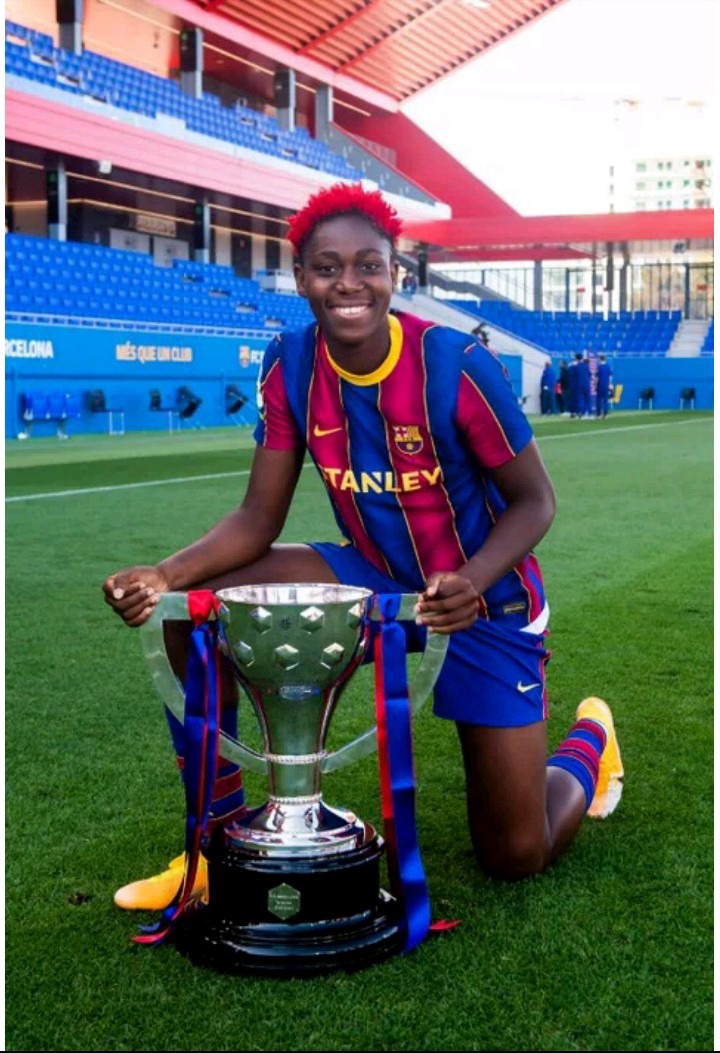 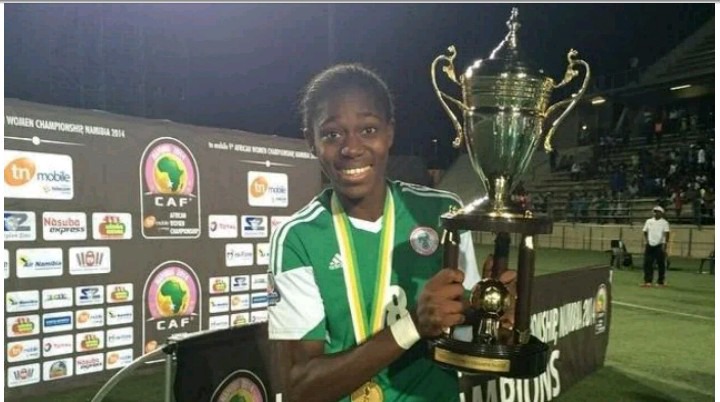