Barcelona's Strongest 5:3:2 Line Up Ahead Of Copa Del Rey Semi Final Against Sevilla

Barcelona will welcome Sevilla to Nou Camp for the second leg match of the Copa DEL REY after loosing the first leg by 2:0. 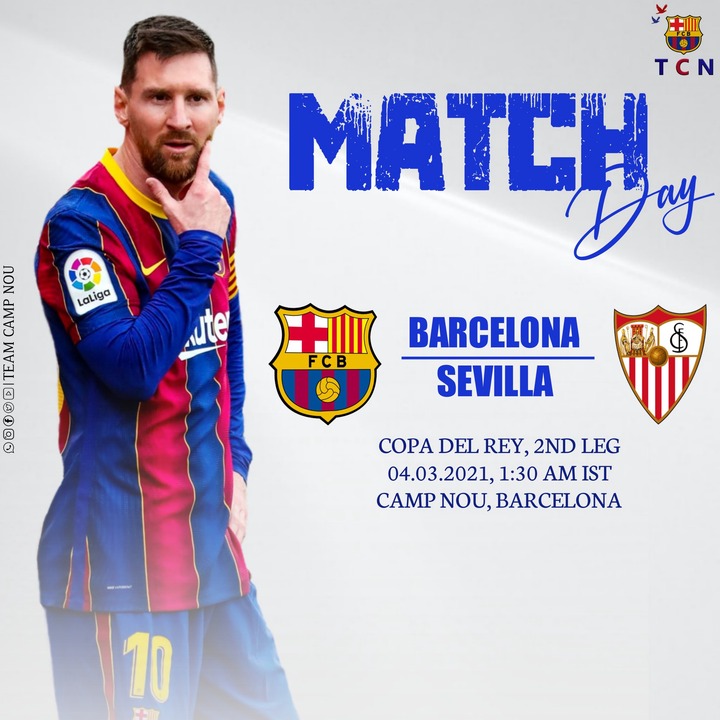 It was a disappointing first leg match for Barcelona that saw Sevilla triumph by 2:0 despite having the likes of Lionel Messi, Dembele and Anthonio Griezmann in the line up. 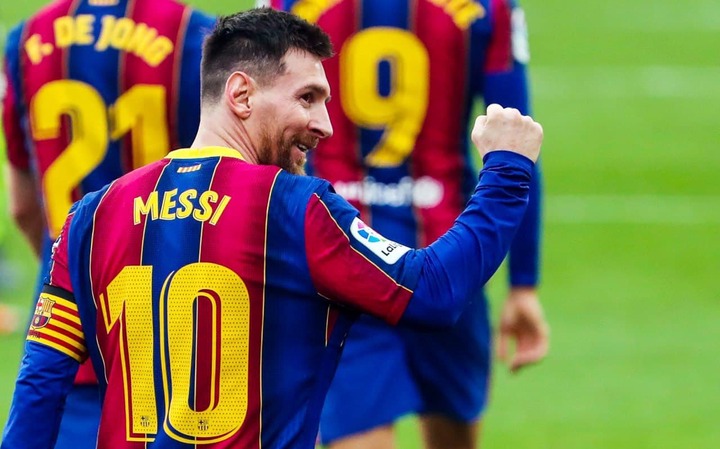 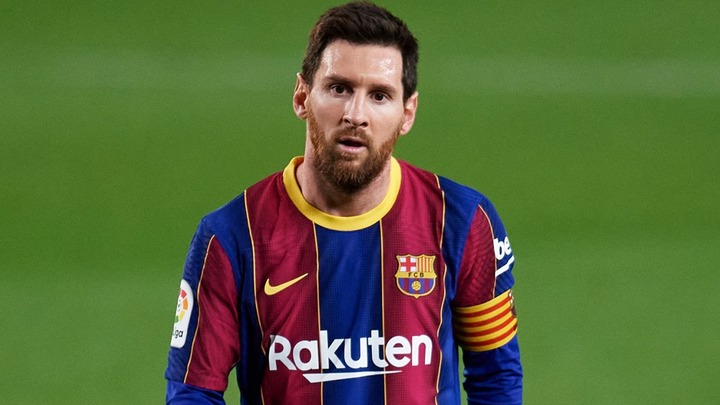 Barcelona corrected thier mistake against the same team in the League over the weekend with a 2:0 win against Sevilla and there will be a repeat of of the same match but this time around, it will be in the Copa DEL REY.

Sevilla were pictured in an intensed training ahead of the must win second leg match and Barcelona will be going into the match with full confidence after wining the league match by a convincing 2:0 score line. 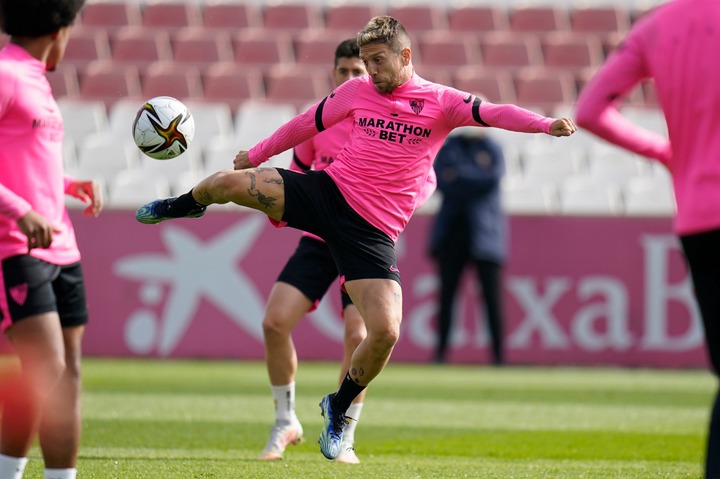 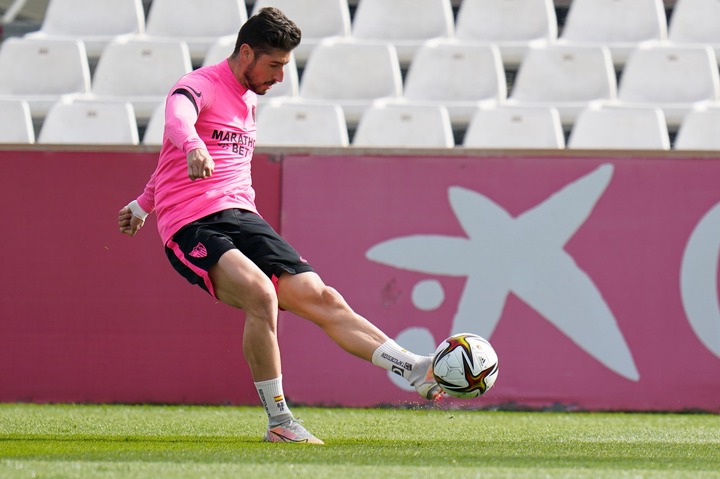 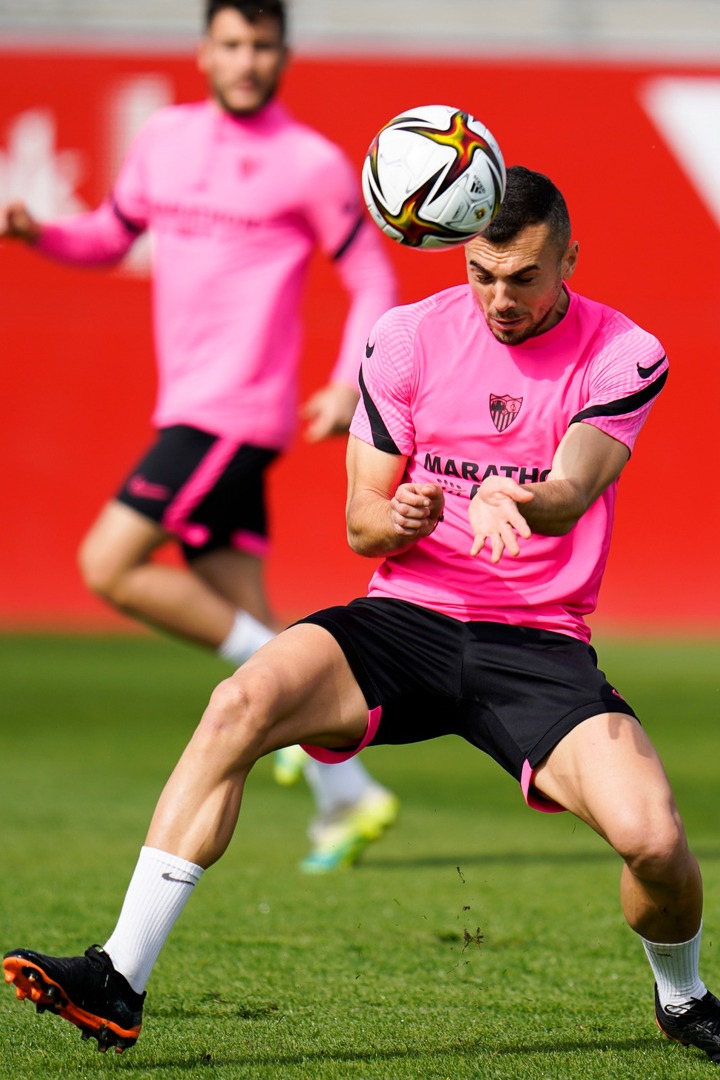 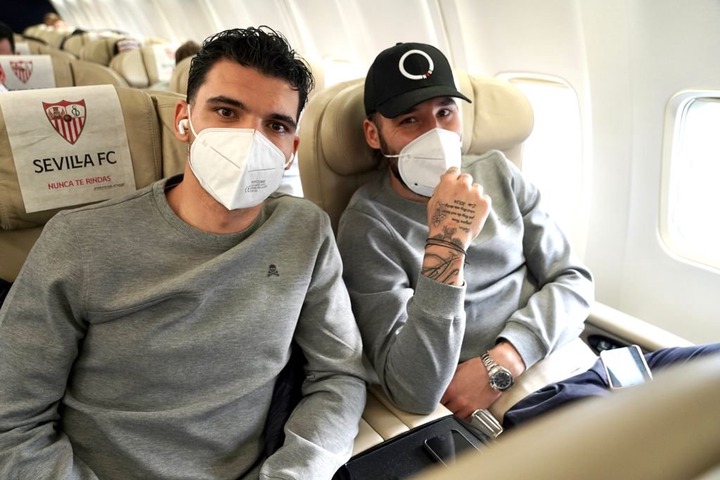 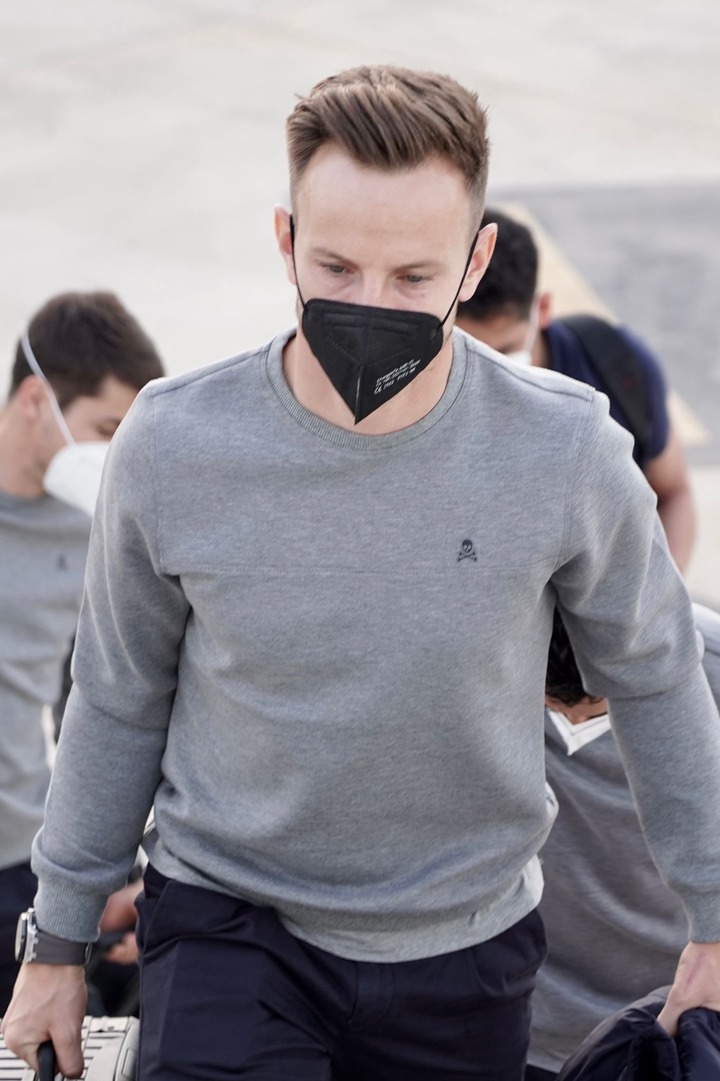 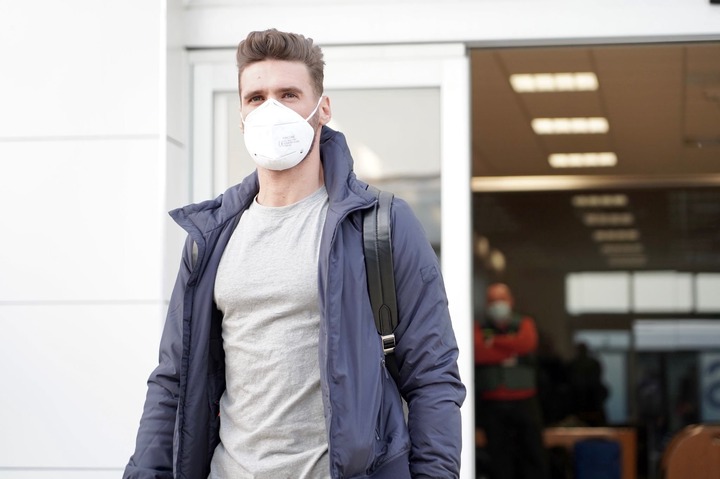 Barcelona head coach Ronald Koeman is likely to have some changes in his first eleven team that won Sevilla over the weekend. 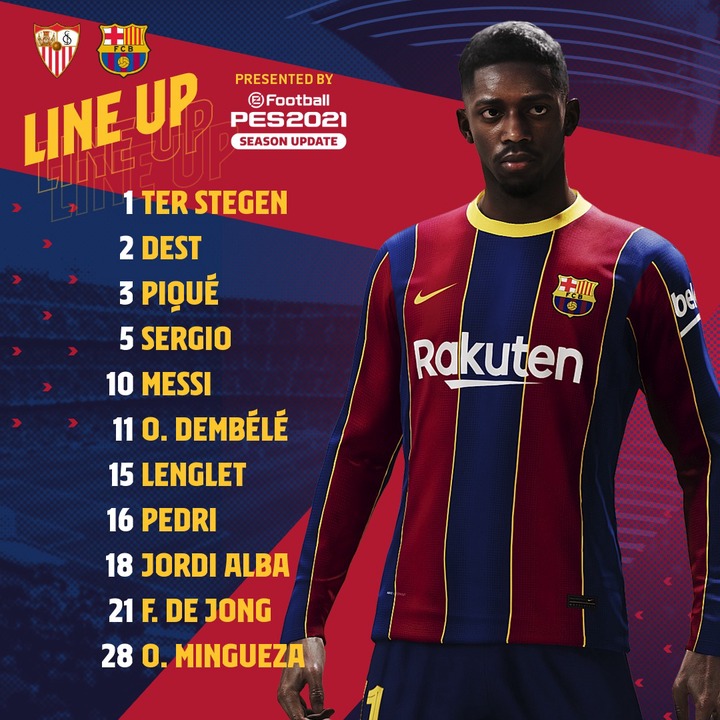 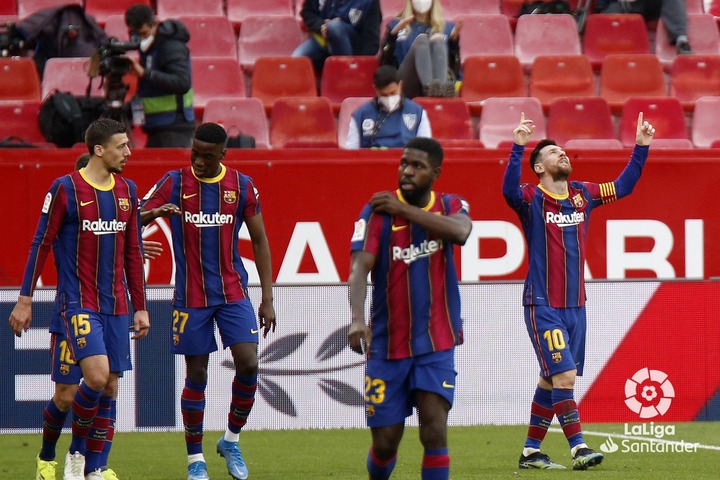 Possible Line up Against Sevilla

Barcelona switched from the traditional 4:3:3 formation to 5:3:2 leaving Lionel Messi and Usman Dembele as the two top striker in thier last match.

With thier last 2:0 result against Sevilla, Koeman will be hoping to maintain the same formation on Wednesday night. 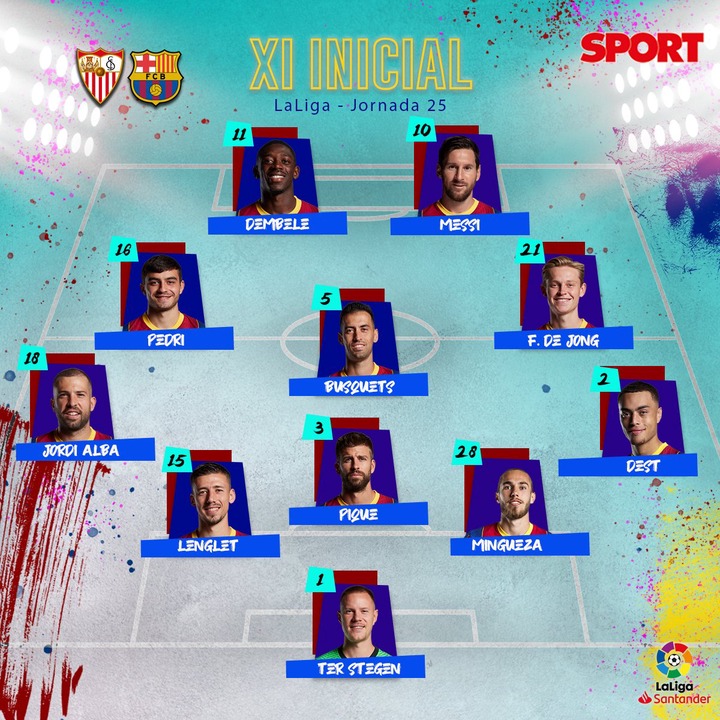 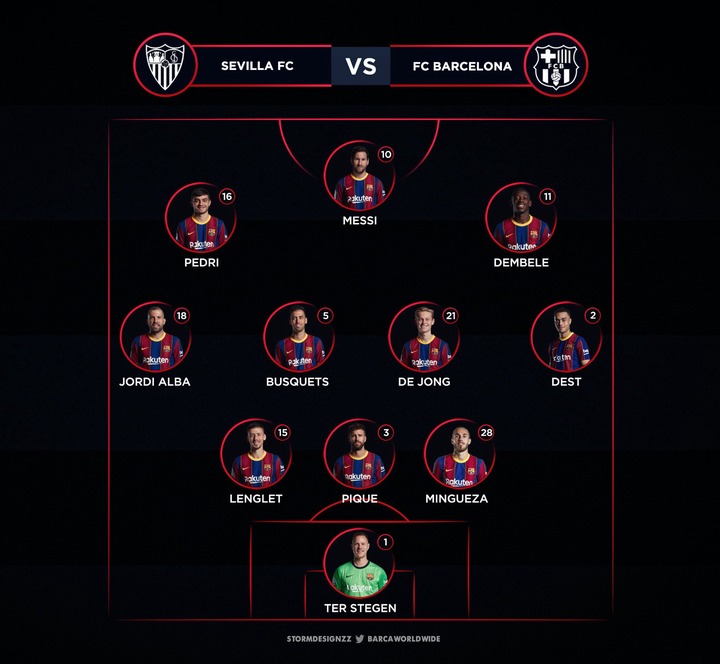 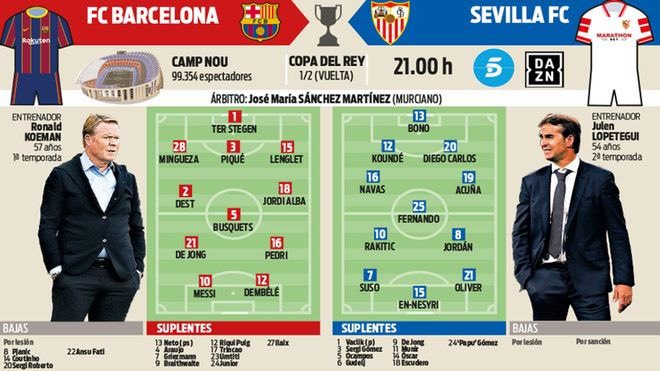 Do you think Barcelona will defeat Sevilla?

Dear Men, If You Want Your Wife To Have Children Then Avoid Eating These Harmful Foods

The Nigerian Military, To Carry Out A Recruitment Exercise

Neymar list all the attributes of Kylian Mbappe and why they get along well at PSG.

After Atletico Won 5:0 And Real Madrid Drew 0:0, See How The La Liga Table Looks Like