English Premier League club Manchester United was able to produce an astonishing and shocking comeback against Italian Serie A club Atalanta at Old Trafford. The game was a very tough one for Ole Gunnar Solskjaer and his men who ventured in the game sitting third in the group F. 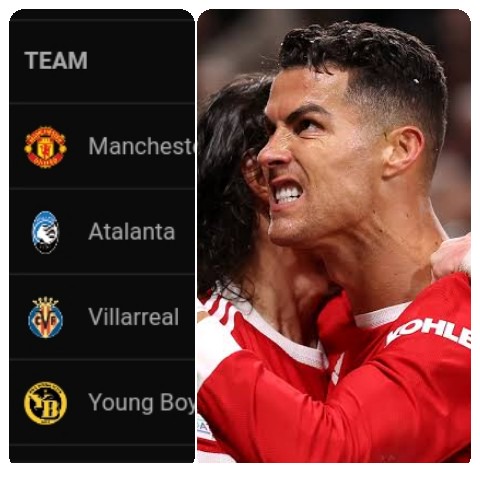 Manchester United was very poor in the second half conceding cheap goals despite the presence of Fred and Scott Mctominay at the midfield. Atalanta opened the scoring with a nice cross that went past Maguire and Lindelof. Just a few minutes after the goal, the Italian side doubled the lead and was two goals ahead before the halftime whistle.

It was as though Ole Gunnar Solskjaer talked some sense in his men during the halftime break. Manchester United came in immediately and started dominating the game leaving no chance for Atalanta to penetrate.

They were able to get their first goal in the 53rd minute with Bruno Fernandes slotting a dangerous pass through to Marcus Rashford who finished the ball clinically. United got their equalizer from Harry Maguire. 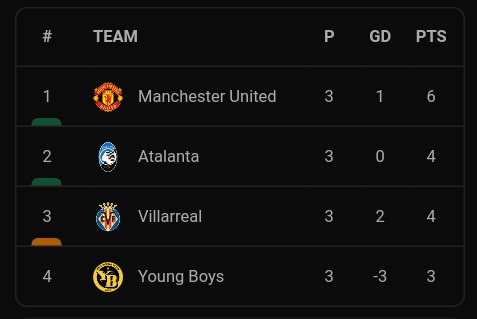 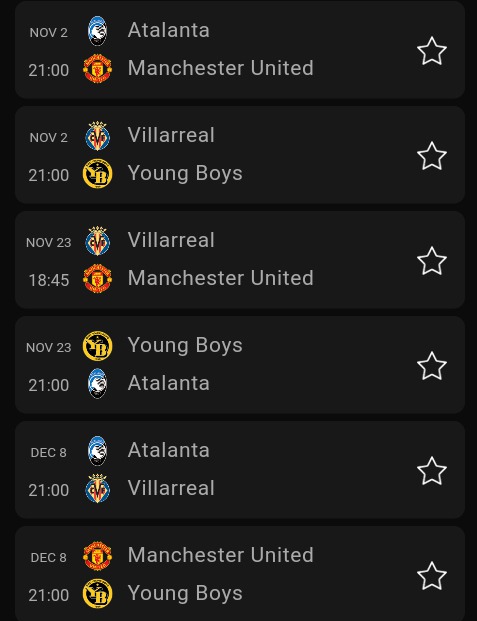 Just a few minutes before the final whistle, Cristiano Ronaldo was able to put Manchester United ahead at Old Trafford with a stunning and powerful header. Villareal moves to second place after thrashing Young Boys 4-1 in Switzerland. After the game, here is how the Group F table looks after Manchester United beat Atalanta.