By Justinbibi2 | self meida writer
Published 7 months ago - 1374 views 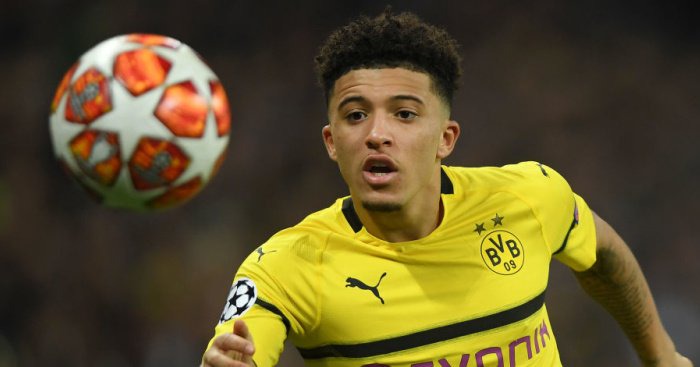 Manchester United will not get Jadon Sancho in a cut-price deal from Borussia Dortmund despite the financial impact of Covid-19.

United have made the 20-year-old England forward one of their major targets when the transfer window opens on 27 July.

It was initially thought Dortmund, who are in the process of completing the signing of Jude Bellingham from Birmingham after the 17-year-old opted to sign for the Bundesliga side despite United's interest, wanted in excess of £100m for Sancho.

However, in April United's executive vice-chairman Ed Woodward said the Old Trafford club "were not immune" from the financial impact caused by matches having to be played behind closed doors and the rebates required to be paid back to broadcasters.

Although sources have rejected reports they had put a £50m ceiling on Sancho, Woodward's statement was taken to mean United would have less to spend on new players.

Borussia Dortmund not in mood to reduce price for Jadon Sancho. Have told @ManUtd valuation and to either pay it or not - 2 years left on contract. Utd not sure of budget due to ££ lost due to no fans in stadium, uncertainty over CL, inc Adidas clause. No £50m ceiling though.

We are the 3rd richest club in the world, clubs with less money have already been spending, quit this bullsh1t

Don't think Utd will officially make a move for him until CL places are confirmed. We get CL, that additional £25m comes in and then we go in. Expect deal to be concluded in the first week of Aug.

At that price not worth it. We are always being pressurised. Go for someone else. Then see them reduce the price.

Get a fast agressive CB Koulibaliy or konate

Obviously both sides setting stall out and transfer window not even open yet. OGS wants Sancho though, so evidently intent on building on what he has created over last 12 months.

Would rather get Kulusevski, VdB, and Tonali for the same price

It hasn't even been a year since Kulusevski joined Juve, while Tonali is keen on Inter and reportedly wants to stay in Italy. VdB is a very different profile than Sancho.

Rather get Willian for free than spending 100m on Harvey

code for family and friends on airtel etisalat subscription femi gbajabiamila speaker how old is fathia balogun who is the new senate president of nigeria 2019
Opera News is a free to use platform and the views and opinions expressed herein are solely those of the author and do not represent, reflect or express the views of Opera News. Any/all written content and images displayed are provided by the blogger/author, appear herein as submitted by the blogger/author and are unedited by Opera News. Opera News does not consent to nor does it condone the posting of any content that violates the rights (including the copyrights) of any third party, nor content that may malign, inter alia, any religion, ethnic group, organization, gender, company, or individual. Opera News furthermore does not condone the use of our platform for the purposes encouraging/endorsing hate speech, violation of human rights and/or utterances of a defamatory nature. If the content contained herein violates any of your rights, including those of copyright, and/or violates any the above mentioned factors, you are requested to immediately notify us using via the following email address operanews-external(at)opera.com and/or report the article using the available reporting functionality built into our Platform

Lionel Messi reacts after his brace in Barca's win 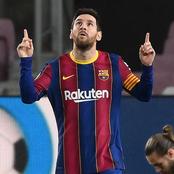 Juventus All-Time Top Scorers - Can Ronaldo Top This List Before His Retirement? 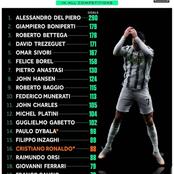 Check Out These Manchester City's Title Winning XI In 2012, Could This Be Their Best Squad Ever? 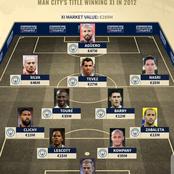 The Assists Kings; see the players with the most assists in the champions league this season 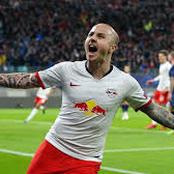 Between Cristiano Ronaldo And Lionel Messi, Who Will Finish Their Career With More Club Goals? 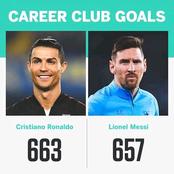 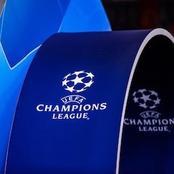 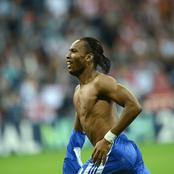 After Losing twice in a week, Diego Simone considering partnering Ozil and Ibrahimovich with Suarez 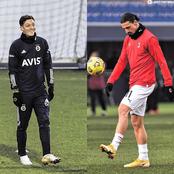 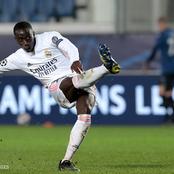