By OriginalDoctorSam (self media writer) | 2 years ago 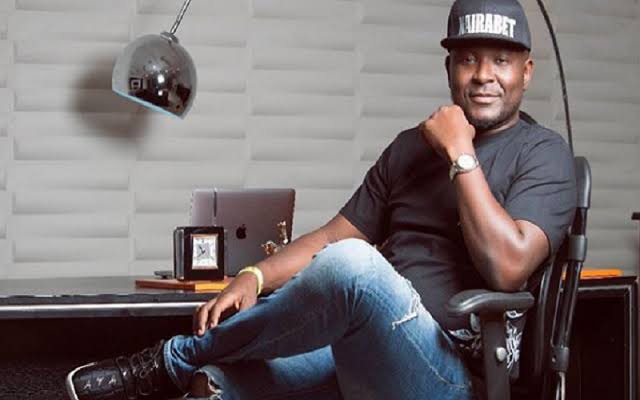 Nigerian lawmaker and founder of bookmaking company NairaBET.com Oloye Akin Alabi has come under heavy attack on social media over his viral match 'forecast' involving Arsenal and Manchester City in Saturday's semi final FA Cup game which caught the attention of thousands of his followers, as well as sports bet lovers alike. 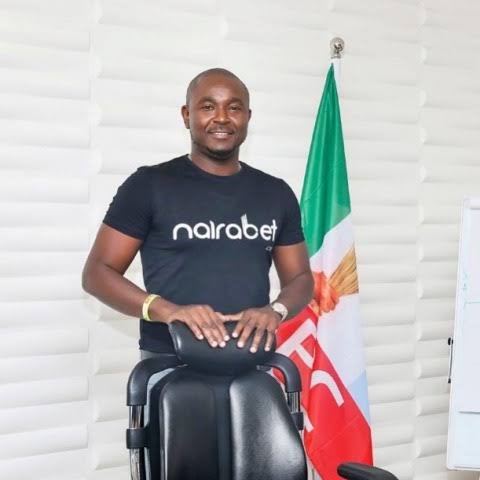 Hon. Akin Alabi who made this call via a tweet minutes before the start of the game urged bookmakers to stake their cards on Manchester City as he was 100% sure that they would defeat Arsenal in the FA Cup encounter, which would directly translate into massive cash outs for those who followed this prediction. 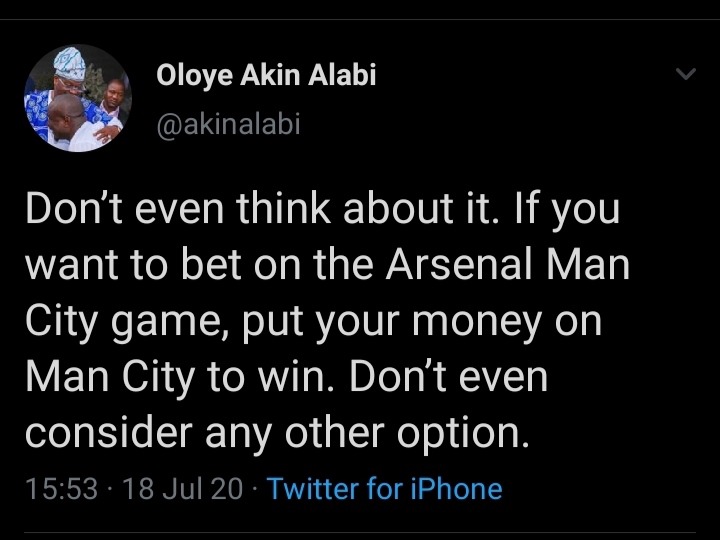 The forecast was rendered null and void by Arsenal's commanding display in the game at the Wembley stadium where they defeated Manchester City by two goals to nil to book a place in the finals where they would face either Chelsea or Manchester United.

Akin Alabi's prediction which confidently claimed that Manchester City were going to be outright winners of the game has been openly condemned by a lot of football fans, and many punters who might have followed the lead to lay a stake on the game in favour of Manchester City.

A lady argued that Hon. Akin Alabi's personality as a sports betting company owner should automatically disqualify him from making predictions on social media like a football pundit.

"In saner climes, Akin Alabi would have been fined for this action of his and then charged for match fixing. But this is Nigeria, anything can happen, no consequence, a lawmaker breaking the law", she tweeted

Others have described this move by the Ibadan born entrepreneur as misleading and deceitful, considering the amount of money many punters might have parted ways with and how much money his company NairaBET would make in return as profit from their loss.

Check out a few of the reactions below 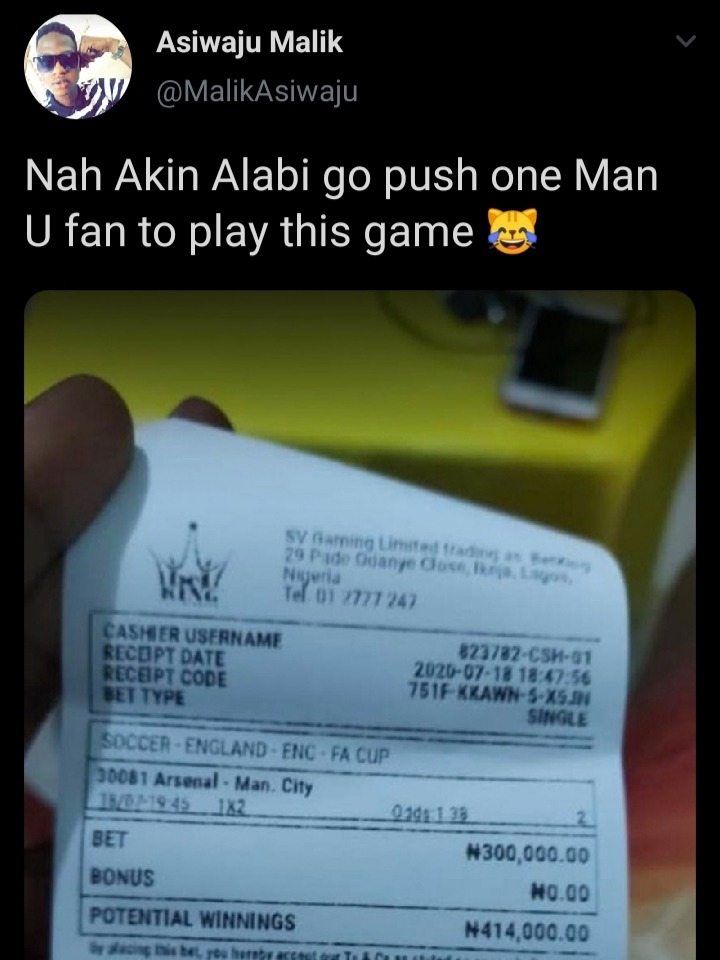 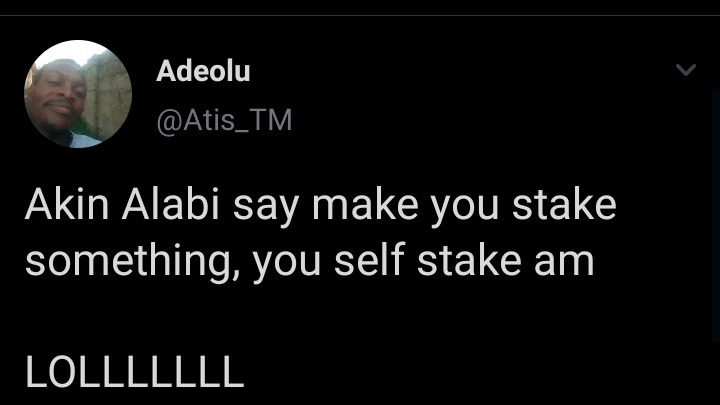 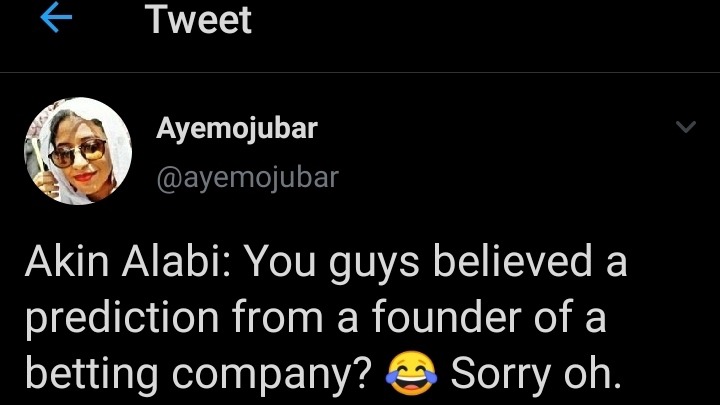 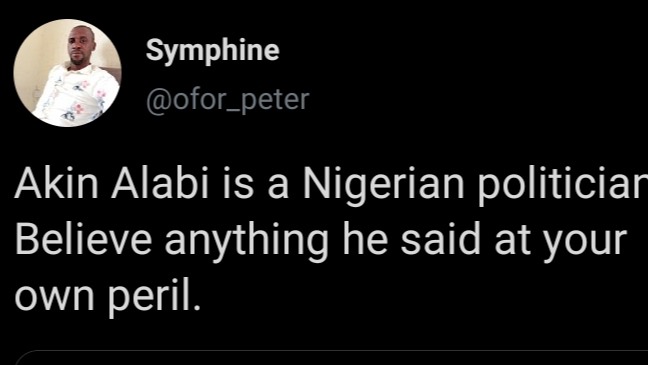 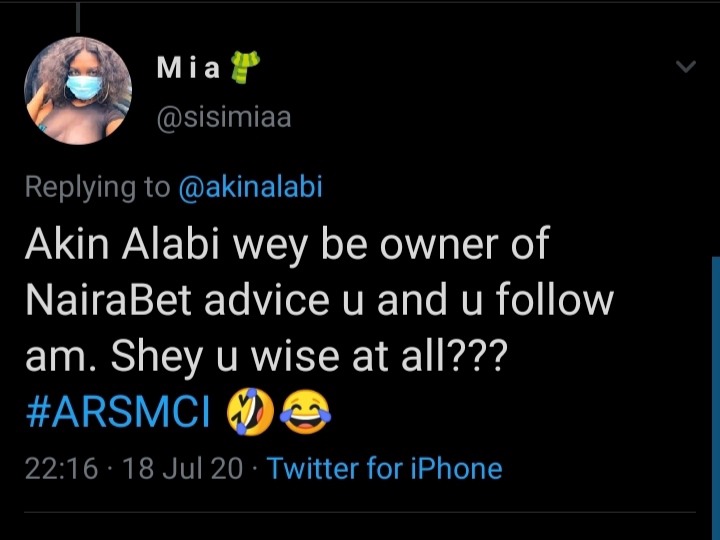 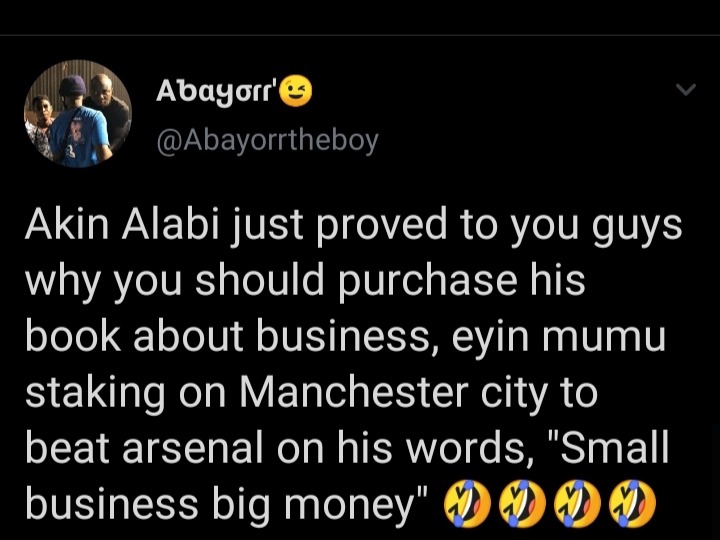 Is Akin Alabi innocent or culpable as accused for asking people to bet against Arsenal?

Please share your thoughts in the comments section below.

Content created and supplied by: OriginalDoctorSam (via Opera News )