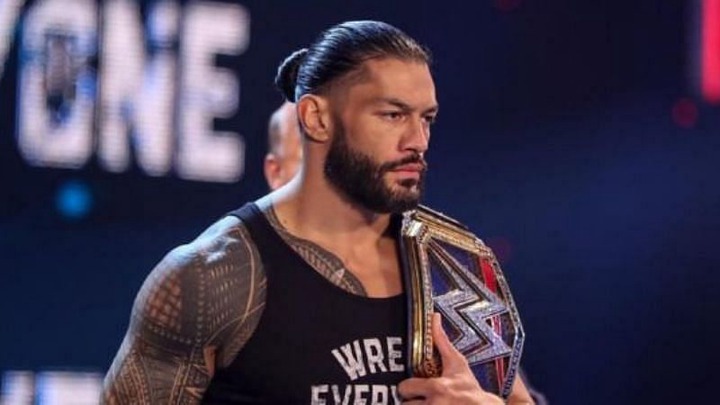 Roman Reigns wasn't thrilled with fellow Superstar Sami Zayn not addressing him properly on Twitter and decided to correct him in his latest tweet.

Sami Zayn, former Intercontinental Champion, recently put out a tweet stating that his latest T-shirt debuted on WWE Shop at #2, just behind Roman Reigns. Zayn added that he could have lied about the T-shirt's ranking, but he didn't.

Roman Reigns noticed the tweet and wasn't happy with Zayn not adding his moniker before his name. He quickly responded to the tweet and told him how to address him in the future. Check out the exchange below:

Roman Reigns turned heel following his WWE return at SummerSlam 2020. It didn't take long for him to win the Universal title, and he has been putting down Superstars one after another ever since then. Reigns aligned with Paul Heyman on the way, who once used to manage his arch-rival, Brock Lesnar.

Reigns are wreaking havoc on the SmackDown brand every week, and it doesn't seem like there's anyone on the roster who can stop him anytime soon. Reigns' transformation from a babyface to a hated heel has been one of WWE's best decisions in a long time and has given a new life to the character.