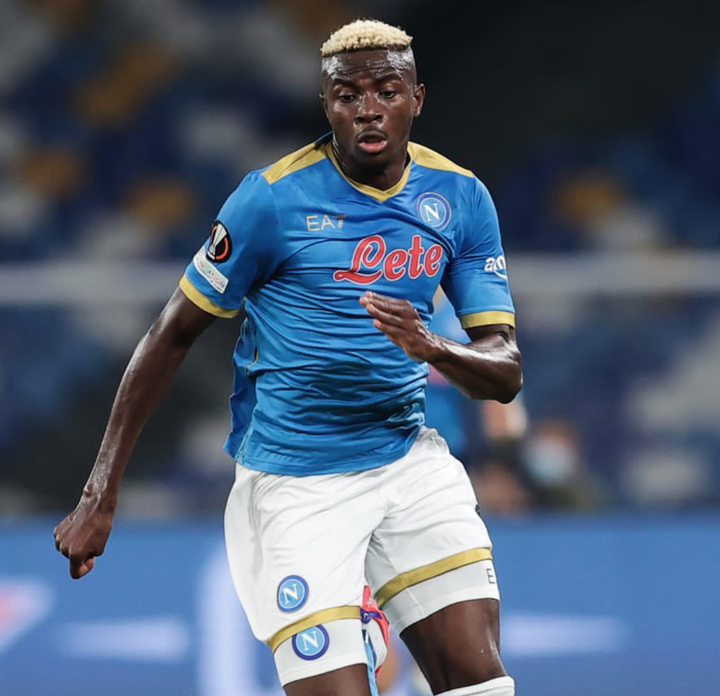 Super Eagles of Nigeria striker Victor Osimhen was the hero for Napoli football club on Thursday night, as he came off the bench to score a goal in their remarkable 2-0 victory over Legia FC in the UEFA Europa League. 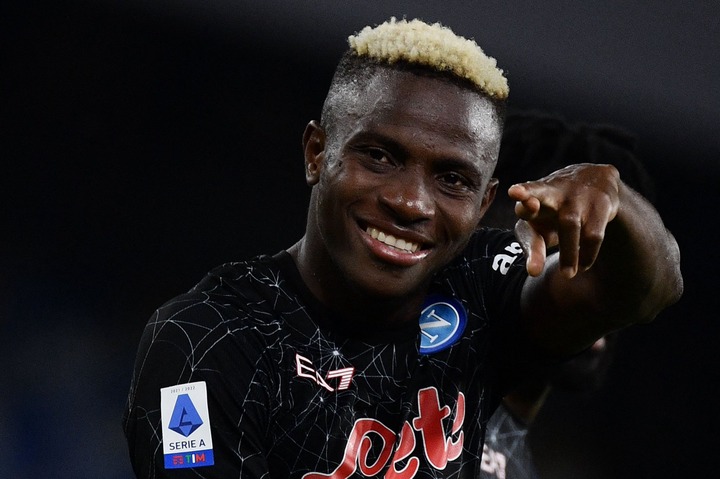 The former Wolfsburg football club star has been scoring goals from all cylinders for Luciano Spalletti led team since the beginning of the season, and he was able to continue his impressive performance on Thursday night.

Victor Osimhen was dropped to the bench by his coach in order to catch some rest, having played many matches for the club, and he was able to impress after being introduced to the pitch. 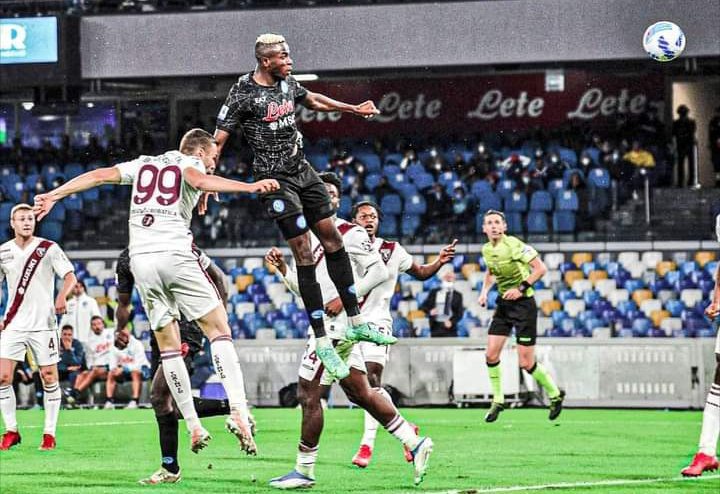 Victor Osimhen started his goal scoring form with a brace against Leicester City football club in the UEFA Europa League in September, he also scored a goal against Udinese Calcio FC, a brace against Sampdoria FC, and a goal each against Cagliari FC, Spartak Moscow FC and Torino before scoring another goal against Legia FC.

The former Sporting Charleroi football club star has scored five goals in the Italian serie A, and four goals in the UEFA Europa League, making 9 in all competitions this season. 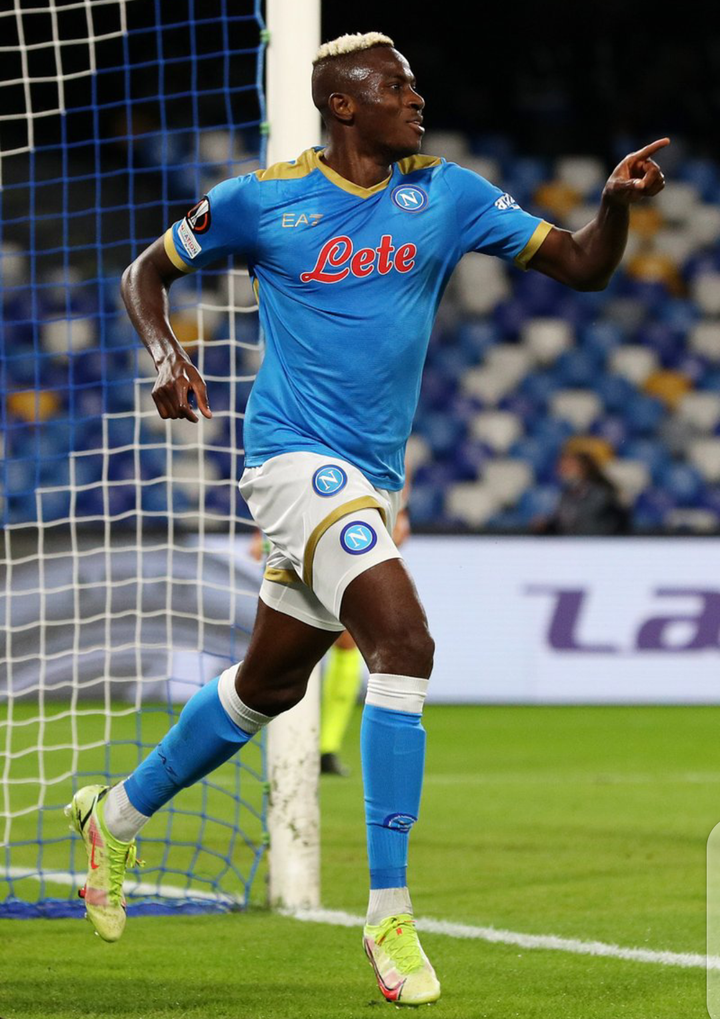 The Nigerian international was introduced to replace Hirving Lozano in the 57th minutes, and he was able to make an instant impact on the pitch by scoring a beautiful goal for the home team.

After playing out a goalless draw in the first half, Lorenzo Insigne opened scoring in the 76th minutes, and Victor Osimhen doubled the lead in the 80th minutes before Matteo Politano scored the last goal of the game in the 90th minutes to end the match 3-0. 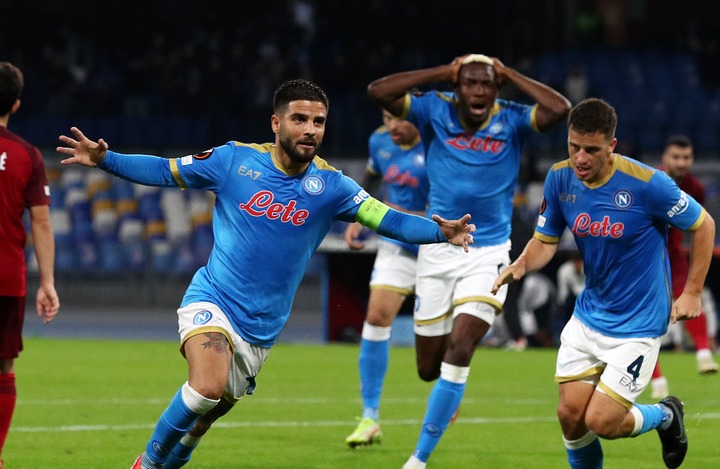 The 22 years old has now scored the total number of 9 goals for Napoli football club in his last 8 matches. 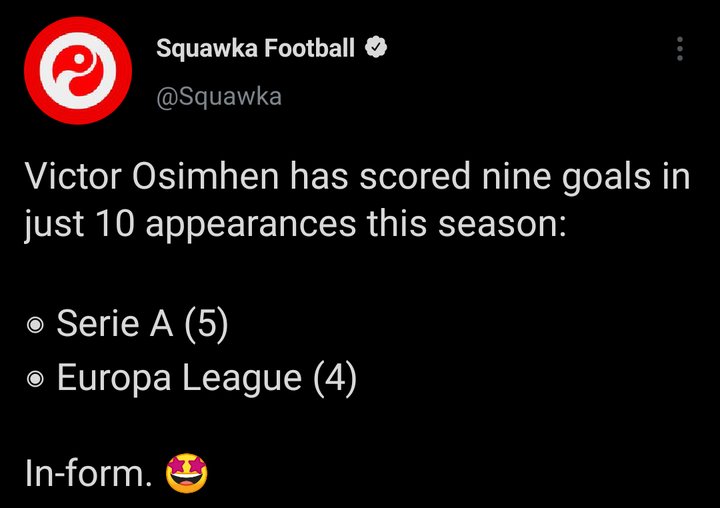 Victor Osimhen will now be looking forward to continuing his goal scoring form when Napoli FC play their next game in the Italian serie A this weekend.