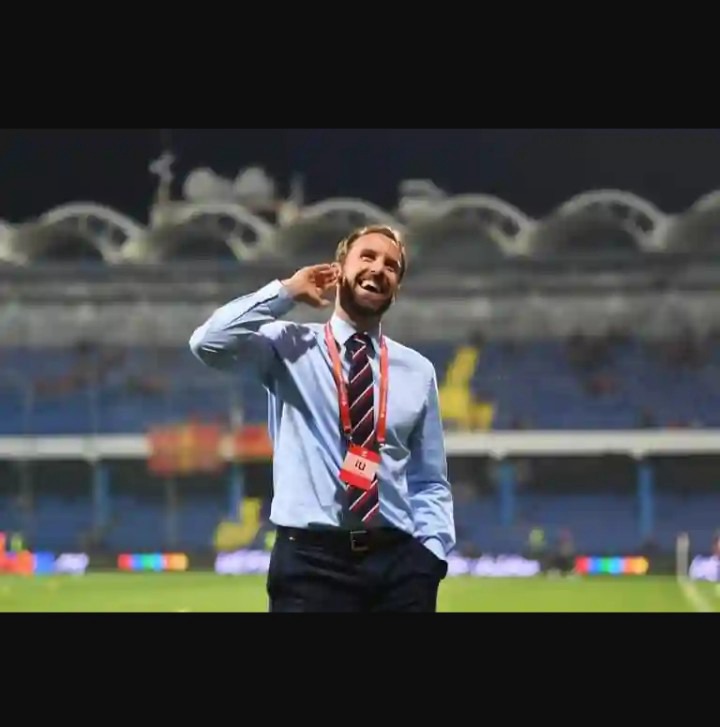 There is no getting away from it, football in lockdown isn’t the same. In addition to empty stadiums one of the most notable changes to the beautiful game was the absence of Euro 2020. However, could the turn of events actually turn Euro 2020 into the best chance of tournament success for England since the ‘Golden Generation’ in the early years of the centure?

Initially, the tournament was supposed to be spread across multiple European countries. Now though, those plans are on the ropes with the Covid-19 pandemic posing challenges to travel. One solution which has grown in likelihood in recent weeks is for England to host Euro 2020 by themselves.

Already playing host to several group stage and knockout games, as well as both semi-finals and the final, should they decide to focus on one country England would be a logical choice. Not only does it possess many of the biggest and best stadiums in the world, owing to the Premier League, but also England are currently racing ahead of much of Europe with the vaccine drive, meaning it could end up the safest.

Given that the country is due to be out of lockdown during the group stages, it could generate a ‘home tournament’ feeling even if it’s shared with others. Over the years, home tournaments have somewhat brought the best out of the Three Lions. You have Euro 96 where England fell at the semi -final stage and, of course, the 1966 World Cup triumph.

The goalkeeper and defence has been viewed as England’s weak point in recent years but that could be changing as we approach the summer. Gareth Southgate will be enormously encouraged to see Dean Henderson given a chance in the Manchester United goal in recent weeks, giving him a serious alternative to the error prone Jordan Pickford in goal.

In the centre of defence, John Stones looks to be a man reborn after partnering Ruben Dias at Man City whilst Tyrone Mings might get the nod after taking his displays up another level with Aston Villa. We expect three centre backs in the starting XI; the final spot will go to Harry Maguire. He’s probably Southgate’s most trusted defender and will certainly start for England throughout Euro 2020.

In the full back positions, things really have changed. Last summer Trent Alexander-Arnold and Ben Chilwell would have been automatic choices but Gareth Southgate now has a dilemma on each flanks. On the left, it wouldn’t be a shock to see Luke Shaw for England in the opening game of Euro 2020. He’s back in great shape again and has arguably been the Premier League’s best left back this season.

At right back, Trent Alexander-Arnold is probably still the favourite to start despite his form dropping off a cliff this season as offensively he can still pose a phenomenal threat. However, England have an embarrassment of riches in the position. The continued progress of Aaron Wan-Bissaka, currently without an international cap, means Southgate has the ability to call on a top drawer defender in games where England expect to relinquish a lot of possession. Then there is Kyle Walker, Kieron Trippier, Reece James, Tariq Lamptey and many more.

England will be far more solid in the deeper lying midfield positions during Euro 2020, thanks to the extra year under Declan Rice’s belt. Having been criticised in the past, he’s been stunning for West Ham this season and he will be a shoo-in for the starting XI. It’s further forward where the delay really helps Southgate out though as, in 2020, it’s quite possible that neither Jack Grealish nor Phil Foden would have made the squad. They’re nailed on for it now.

Grealish, who has six goals and 12 assists in the Premier League this term, has led Villa from a relegation battle last season to a European fight. Foden, meanwhile, has 11 goals in all competitions and has enjoyed more time on the grass than ever before. He’s looked every bit as good as the hype had suggested too. Of course, you’ve also had the continued emergence of Mason Mount, who has been in shining form since Thomas Tuchel arrived at Stamford Bridge, and James Maddison who has also been sensational for Leicester.

In of attack, England have a surplus of options in Euro 2020, although naturally there is a no-brainer at the top end of the pitch where Harry Kane will be the main man. Somehow the Tottenham centre forward has got even better under Jose Mourinho’s guidance with his assist tally racking up very nicely this season.

Dominic Calvert-Lewin has also come a long way in the last 12 or so months too and will serve as able back up. Clearly he is some way short of Kane’s level but at least Southgate has a proper centre forward to call on if anything happens to Kane, as it it wasn’t too long ago that Glenn Murray and Troy Deeney were being tipped for the squad.

In the race to play out side and either side of Kane, Southgate really does have a plethora of talents to choose from. You’ve got Marcus Rashford, Jadon Sancho and Raheem Sterling who all have a strong case to start in the front three. At least one of them will miss out in the starting eleven but the option to rotate is there. Harvey Barne also deserves a mention and looks good value to make Southgate’s squad after contributing 13 goals and four assists across all competitions in what could turn into a very good season for Leicester.

In a scenario where England have such depth in their Euro 2020 squad that the likes of Kalvin Phillips, Bukayo Sako and Mason Greenwood are unlikely to make the starting eleven, and some truly talented players don’t have international caps, it is best and deepest squad that the country has enjoyed in a long time. Naturally there are no certainties in international football but, when you add home advantage into the mix, England have their best chance to win an international tournament in a long time.

God is Good: Newborn baby was declared dead for hours, his grave dug, then he 'came back to life'

The Effects and impact of COVID-19 on Nigeria’s economy, business, and ways of life.

Ways On How To Maintain Proper Hygiene.