How The EPL Table Looks Like As Wolves Draw, West Ham United Win To Close Up On Champion League Spot

By Omasphotos (self media writer) | 8 months ago

Westbrom Knowing what was at stake, the hosts started the game on a high note, earning a corner kick in the first ten minutes through Darnell Furlong's dominance. 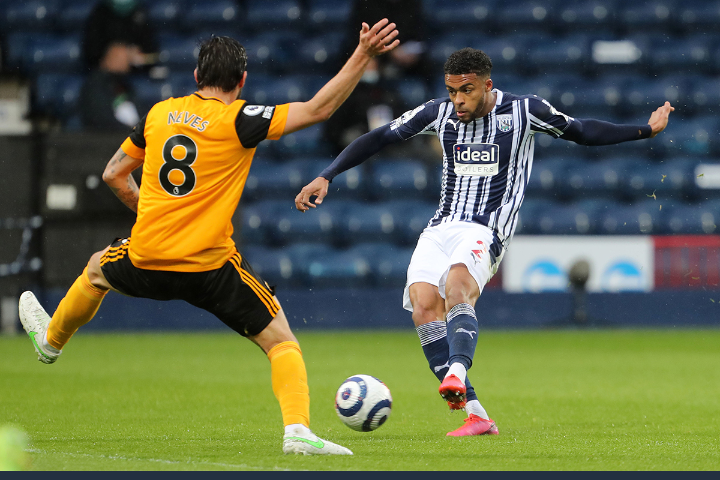 The visiting Wolves were composed in possession, looking for an opening, but West Brom did well to limit them to long-range shots.

Nelson Semedo snuck in to steal the ball from Semi Ajayi on the edge of the Baggies' penalty box in the 31st minute. 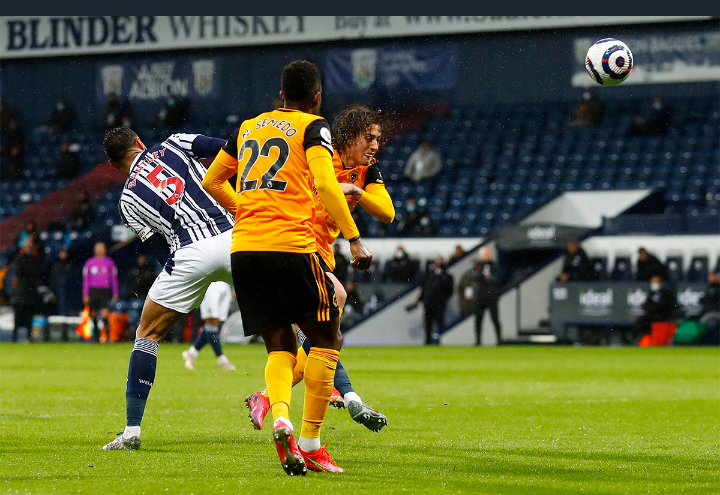 The Portuguese defender slipped past Kyle Bartley and fired a shot at goal, but Sam Johnstone equalized with a stunning save that sailed over the crossbar.

Despite a West Brom tactical change in the 33rd minute that saw Dara O'Shea replace Mathew Phillips, Wolves took the lead in the 45th minute. Owen Otasowie, an American defender of Nigerian descent, sped inside from the wing and played the ball to Vitinha, who flicked the ball to Semedo as the defender slid it through for the striker. Silva struck the ball, which looped over Johnstone and into the net. 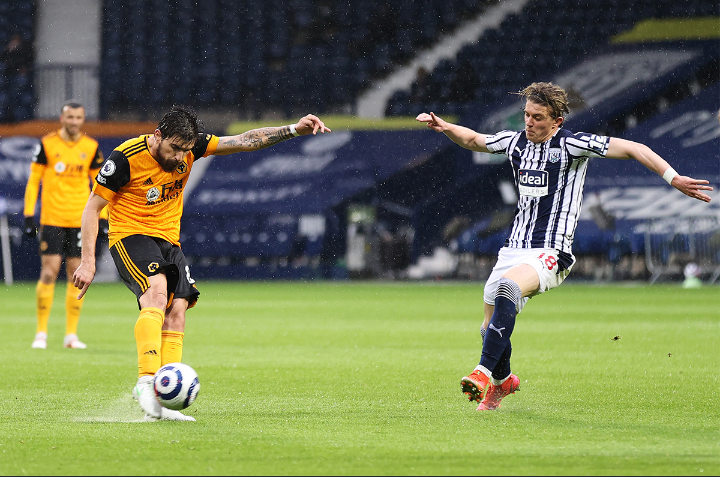 The latter player's assist was his first in the team's 46 league games. 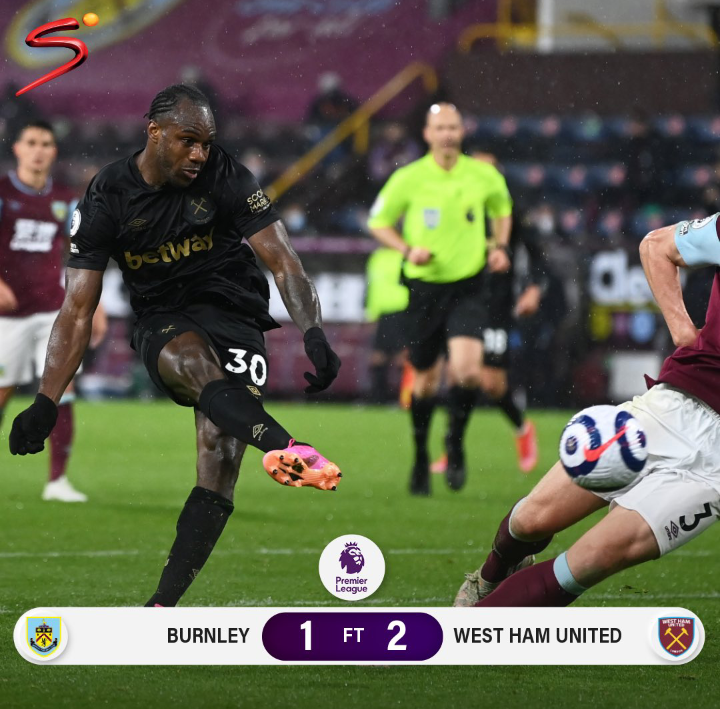 Despite some strong early chances for West Ham, Burnley took the lead in the 19th minute when Tomas Soucek fouled Chris Wood in the box. 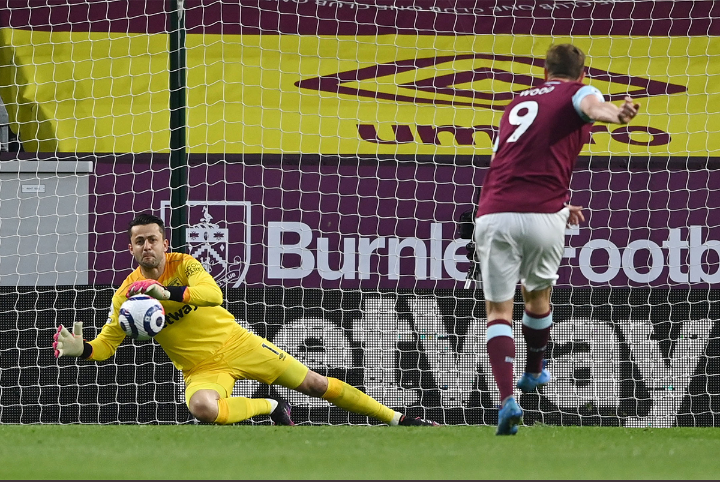 The striker converted the penalty, continuing his goal-scoring form against West Ham.

However, two and a half minutes later, Antonio (21) equalized for Europe-chasing West Ham. 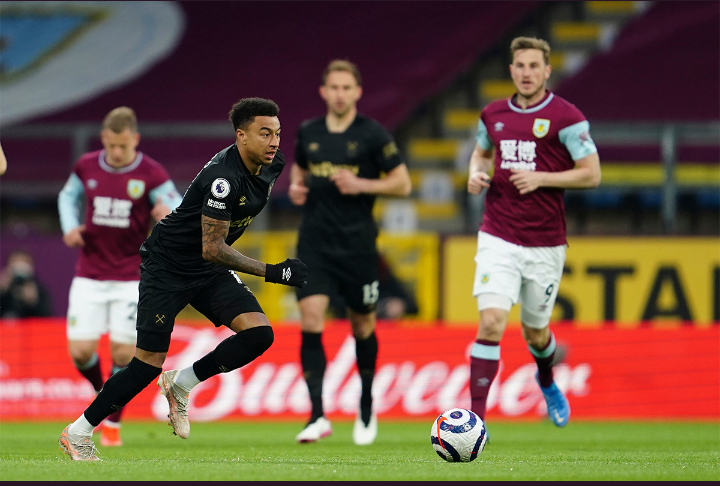 Soon after, the lively forward added his second (29) when he turned home a superb Said Benrahma cross.

West Ham should have added to their tally in the second half after registering 22 shots in the game, while Burnley's Jay Rodriguez had the best opportunity to score but could only fire deep. 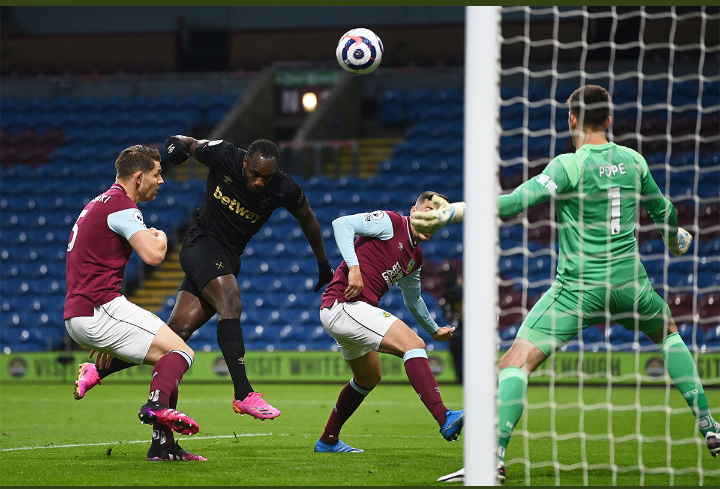 With four games remaining, West Ham moves above Tottenham into fifth place, holding them on track for European football next season. Burnley are winless in their last eight Premier League home games, 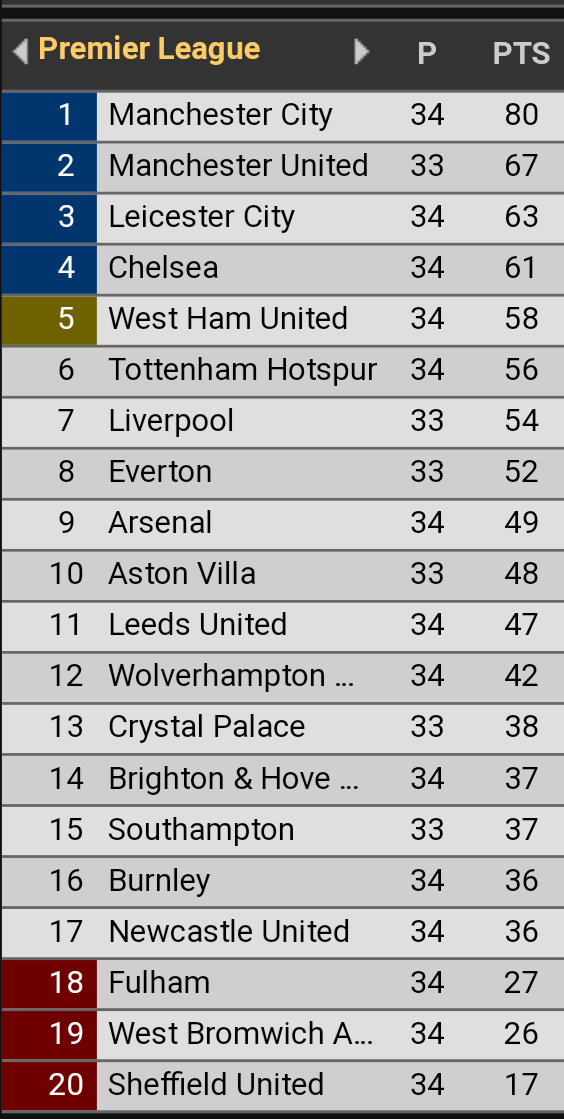