"It Was Unexplainable, God Put His Hands On My Head"- Alisson Says After He Scored For Liverpool

By FoodPredator (self meida writer) | 29 days

Earlier today, West Bromwich Albion hosted Liverpool at the Hawthorne, in a game that meant so much to the former EPL champions. Robson-Kanu gave West Brom the lead in the opening 15 minutes. Liverpool fought to level the scores before half-time and they did, when Mohamed Salah scored a wonderful goal. The match remained 1-1 all throughout the 90th minute, until Alisson Becker scored a powering header in the fifth minute of added time. That was the winning goal, as West Brom were defeated 1-2 by Liverpool. 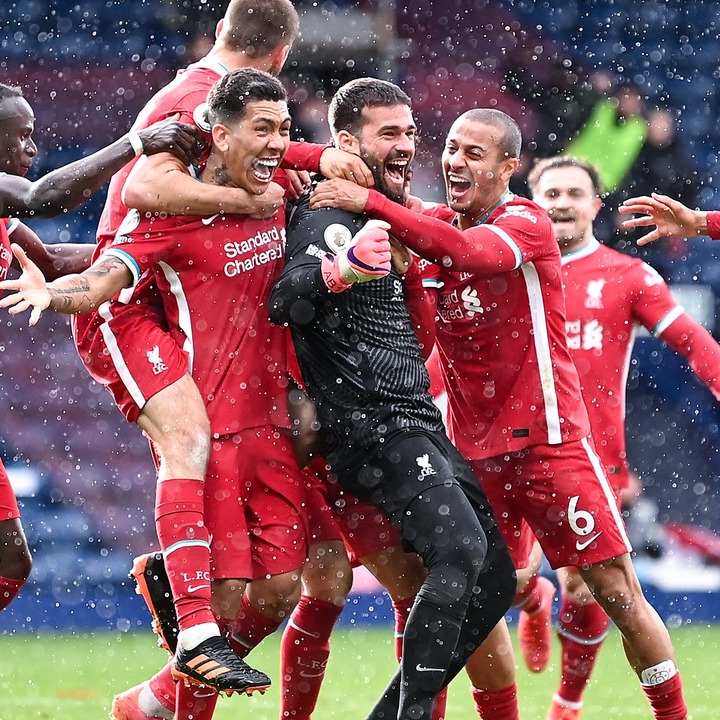 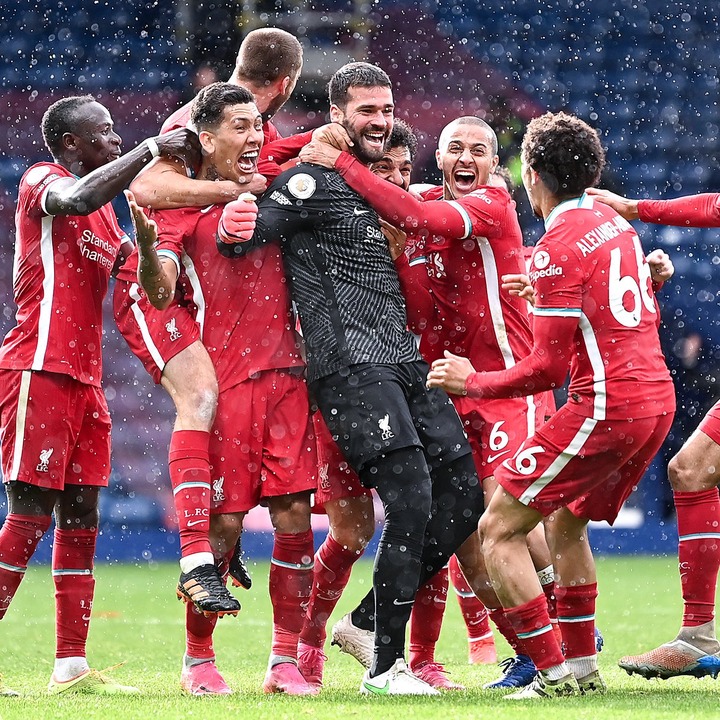 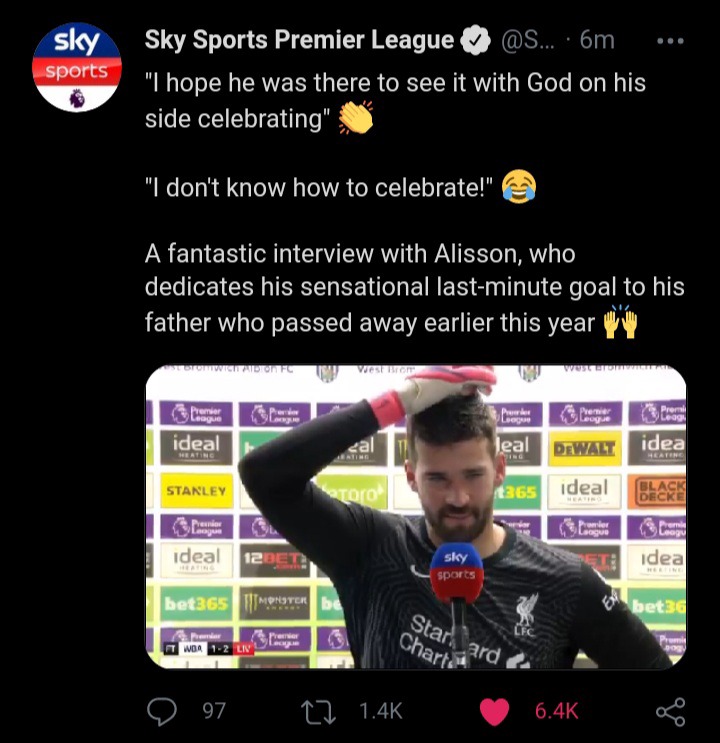 When he was asked if anyone urged him to go up for the corner, Alisson Becker revealed that Liverpool's Goalkeeper Coach, John Achterberg told him to try his luck. He claimed his goal, is one of the best goals he has ever seen and said he cannot even explain how he scored it. Alisson said "God put his hands on my head, i cannot explain how it happened". 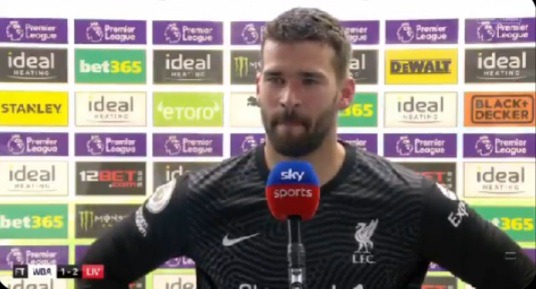 He appreciated the Premier League, Chelsea, Everton, Manchester City and Carlo Ancelotti for standing by him when he was downtrodden, because of his father's death. He also thanked his wife, Natalia Becker and his children for motivating him.

How Fulani Herdsmen Killed My Father, Scattered My Siblings - Victim Of Oyo Community Attack Speaks Out

Stunning Pictures Of Fausat "Saje", Her Husband And Children

Photos Of Chiamaka, The Model Who Held A Bloodstained Nigerian Flag At An International Competition

Photos: Super Eagles Striker And Miss Pepeye Of Papa Ajasco Will Be Getting Married This Weekend

"High-profile People In Nigeria Are After My Life"-EFCC Chairman, Bawa Says

Say These Prayers Of Protection For Your Dear Life, Resist The Enemy Of Your Progress