By BABAOKUX (self media writer) | 14 days ago 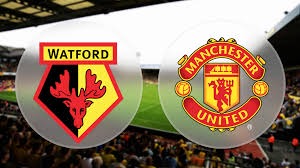 The Premier League will resume on the 20th of November after the International break and Manchester United will be travelling to the Vicarage Road Stadium to take on Watford FC in their next Premier League match.

The Red Devils went into the International break off the back of a 2-0 defeat to Manchester City. The Royal Blues consigned United to their fourth defeat in their last six Premier League outings at Old Trafford. The defeat leaves the Reds in 6th position 9 points behind League leaders, Chelsea.

Manchester United will be looking to bounce back from that defeat when they take on the Hornets in a bid to keep their dream of playing Champions League football next season alive. 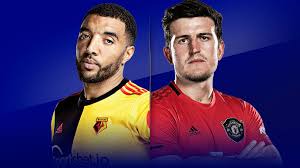 Watford who also lost to Arsenal at the Emirates before the International break will be planning to upset Manchester United in other to move out of the relegation zone as they are just 2 points above Burnley who are in 18th position.

Therefore this article will take a look at some reasons Manchester United will defeat the Hornets. 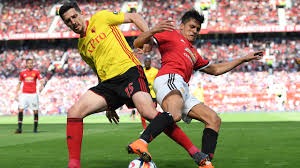 Another reason Manchester United will defeat Watford is their head to head record. Both teams have played 35 matches so far. Watford won 6 direct matches while Manchester United has won 24 with 5 ending in a draw.

Also, in their last ten matches dating back to 2 March, 2016 to 9 of January 2021, Manchester United have defeated Watford 8 times while the Hornets has won only twice.

This shows that Manchester United has a good record against the Hornets and therefore stands a better chance of emerging victorious when both teams meet. My opinion anyway. What is your view? 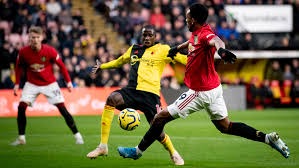 Drop your comments below and follow me for more on Manchester United news.