Arsenal receive major boost as they push to secure a permanent deal for Ceballos.

By Harmoneynews (self media writer) | 2 years ago 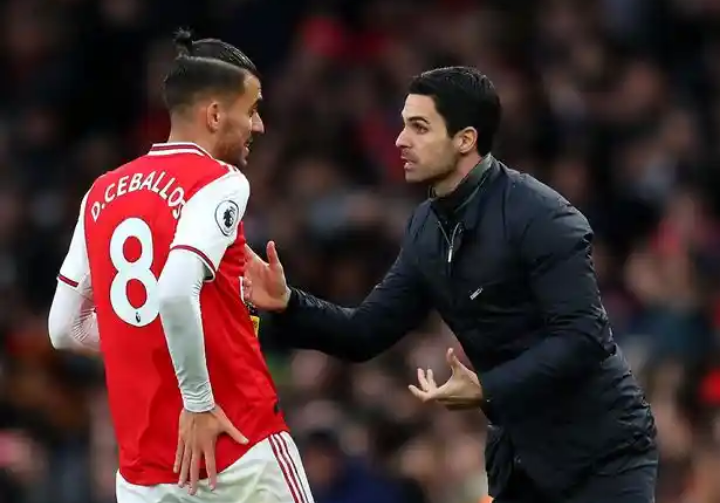 Arsenal has been handed a major boost in the transfer negotiations of their midfielder Dani Ceballos who is on loan from Real Madrid.

The Spaniard has been in tremendous form since the restart of the Premier and has won back the heart of Arsenal boss Mikel Arteta as he has suddenly became one of the most important players in the Arsenal team at the moment.

The on-loan Spain international has excelled in a more deeper role in the midfield alongside Granit Xhaka. His displays and performances has help Arsenal come out on top in some of their games and he will also be called upon when the Gunners would be facing the Cityzens in Emirates FA Cup, at Wembley stadium tomorrow

The Madrid players fame has risen after his recent displays, in July, he has topped Arsenal's squad for most touches (332), most passes (232), key passes (7), successful dribbles (7) and tackles (7).

Arsenal and Arteta will like to keep him for next season and the Gunners has reportedly opened talks with his parent club in order to sign him. However Arsenal has received a major boost on his transfer, following the information released by Madrid president, who revealed that the club would be looking to sell some players due to the economic breakdown and the inadequate finance at the Spanish club.

Reports suggest that Real Madrid are ready to cash in on the players as they hope to raise some fund in order to run other transfer deals.

Content created and supplied by: Harmoneynews (via Opera News )