West Ham United and Everton have an interest in signing Juventus midfielder Aaron Ramsey in January.The Wales international spent 11 years in the Premier League with Arsenal before moving to Juventus on a free transfer in 2019.He has since struggled to establish himself due to form, injury and selection reasons and is now out of favour for a starting role.

Ramsey has played just 106 minutes for the Bianconeri this term. They are keen to save his €7 million annual wages by offloading him.The Hammers and Toffees have been credited with an interest, but neither of those clubs have made a formal approach for his services.Ramsey has struggled with injuries throughout his career, but he was still successful with the Gunners. 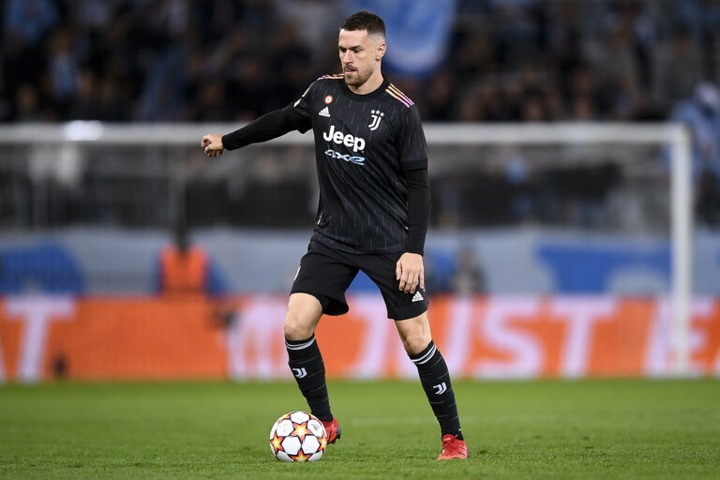 The Welshman scored two FA Cup winning goals for the north London club.In the Premier League, he registered 40 goals and 51 assists from 262 outings.The majority of those outings came from the central and defensive midfield positions.Ramsey has the knack of making regular runs from midfield and can be unplayable on his day.However, such moments have been almost non-existent at Juventus, although he has turned up for Wales.

Both the Hammers and Toffees will be eyeing an ambitious push for the top four this season.A playmaker with Ramsey’s quality would suit both clubs, and most probably the Toffees.The club recently sanctioned James Rodriguez’s exit, and Ramsey could be a suitable replacement.The Bianconeri may be willing to release him to save wages, but there remains a risk for both clubs.Ramsey has barely gone through a stretch of 10 games without suffering niggles.The intensity of the Premier League could further increase the injury risk as experienced at Arsenal.His current salary would make him the third-highest earner at both clubs, which is not sensible

It appears unlikely that either club will take the gamble on him unless he accepts a significant pay-cut.

Content created and supplied by: Olamide123 (via Opera News )