By LatestNews01 (self media writer) | 1 year ago

Liverpool star defender, Virgil van Dijk has shared his view about the best defenders in the world in which he included two Chelsea players. 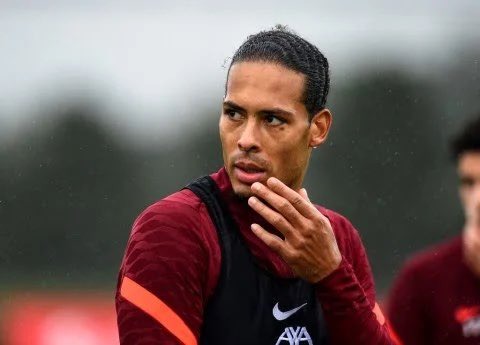 The Deutch defender who recently returned from his long-term injury is respected as one of the most gifted center-back in the world. He was instrumental to Liverpool's Champions League success in 2019 and the Premier League triumph in 2020 as well as the FIFA Club World Cup and UEFA Super Cup wins.

Talking about the best defenders in the world, van Dijk gave regard to the old players who are still active in the game.

However, according to Liverpool News via Twitter, Van Dijk on best defenders in the world included Thiago Silva and Antonio Rudiger when he says "The old guys Sergio Ramos, Thiago Silva, Gerard Pique. The game has evolved and defending is different. If you look at Laporte and Rudiger. I think he had a fantastic season last year." 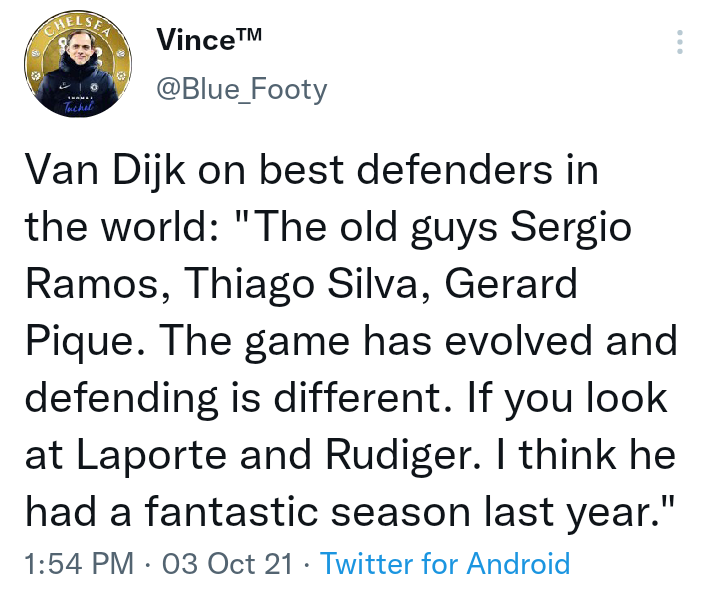 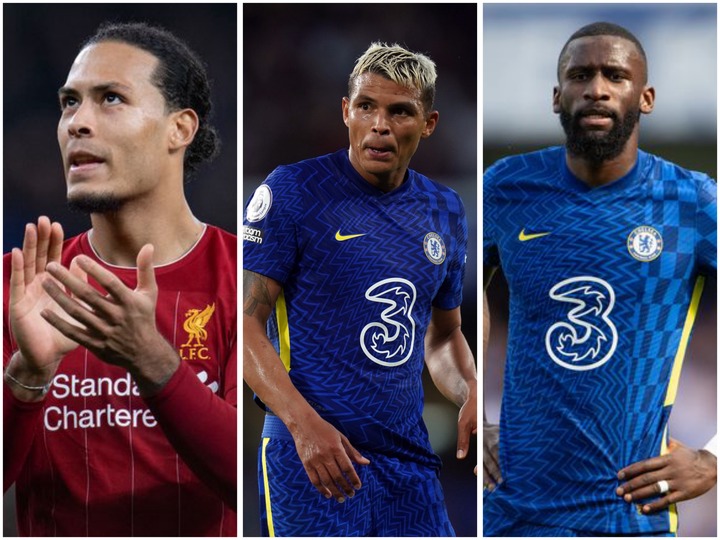 Nevertheless, the 30-year-old will be determined to win more silverware with Liverpool this season after watching Chelsea claimed both the UCL and Super Cup lately, and Manchester City's dominance in the league last season.