Arsenal defeated Astonvilla by 3 goals to 1 in the English Premier League today.

Thomas Partey, Aubameyang and Smith Rowe scored the host while Ramsey found the back of the net for the visitors.

In the 45+6 minutes, Aubameyang added the second goal for Arsenal. He scored the goal from the spot, after Lacazette was fouled in the box. 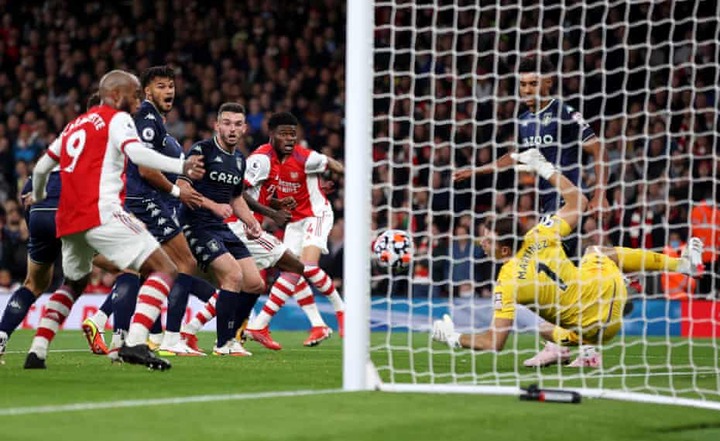 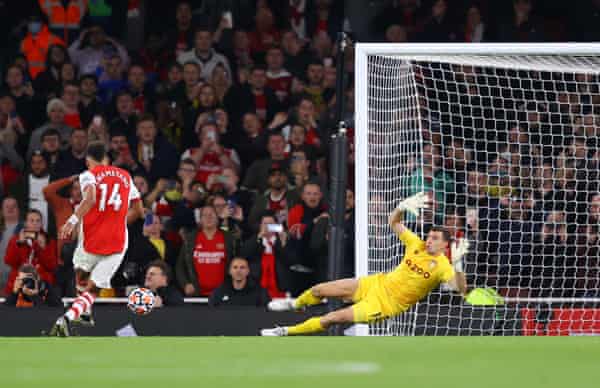 In the second half, Emile Smith Rowe added the third goal for Mikel Arteta's side and Ramsey pulled one back for Astonvilla in the 81st minutes.

The visitors tried scoring another goal, but Bailey and Ramsey failed to find the back of the net as the game ended 3:1 in favour of Arsenal. 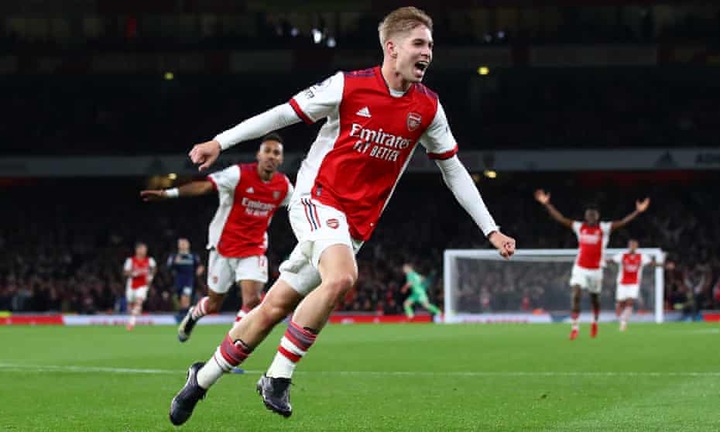 Smith Rowe performed well for the Mikel Arteta's men today. He assisted Partey in scoring the first goal for the host and he also got on the scoresheet in the second half after intercepting a pass in the 20 yards from his own goal.

The Arsenal skipper sees his penalty saved by Emiliano Martinez, but reacted quickly to tap the rebound into the back of the net.

Thomas Partey scored the first goal for Arsenal after a brilliant cross from Smith Rowe. The home team deserved the lead in the first 45 minutes as they dominated most of the possession in the early minutes of the game.