Football is a game full of passion and the greatest attraction of it is scoring a goal. Although goals are usually a product of team combination, the goalscorer does take pleasure in his individual effort and always back it up with a moment of celebration. Most times how a player celebrates finding the back of the net is dependent on the atmosphere and the import of the goal scored.

While some players celebrate randomly, others have been able to carve a celebration style that is unique to them. Without further ado, take a look at eight top players who have unique styles of goal celebrations;

The Portugese International often celebrates with a knee glide followed by his hand on each side of his ear. While explaining the meaning of his celebration, Fernandes did reveal that he does it for his daughter. 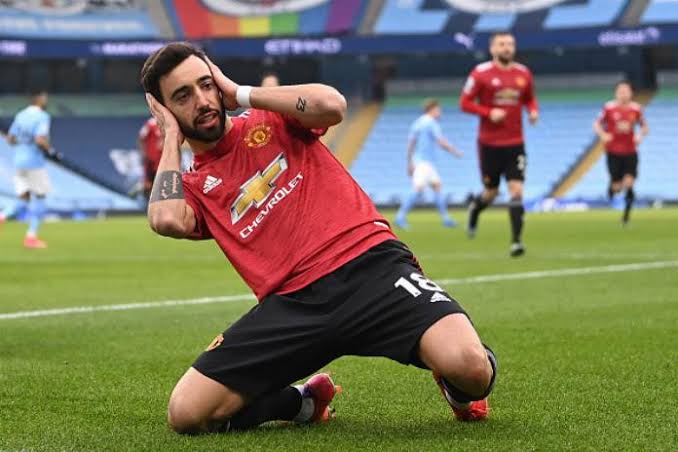 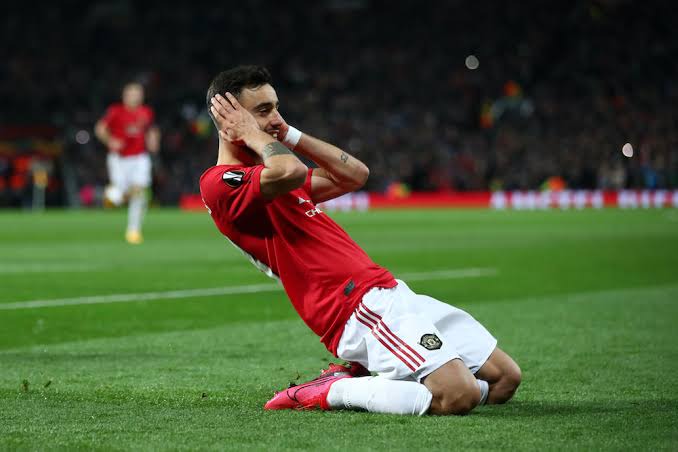 The Polish striker has also carved out a unique pattern of celebration as he usually puts his right and left fist together. Like Fernandes, Lewandoski did also reveal that the celebration has something to do with his daughter and it is an indication that his family is always behind him. 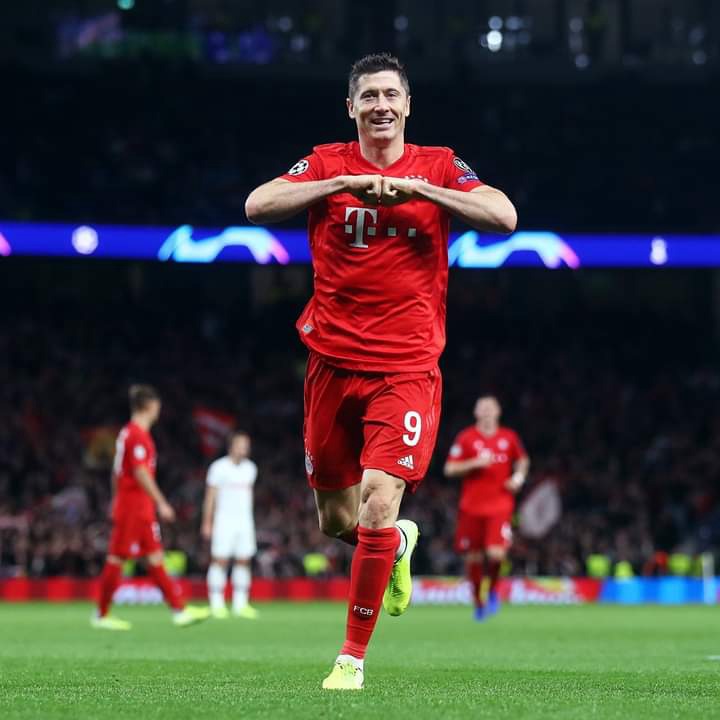 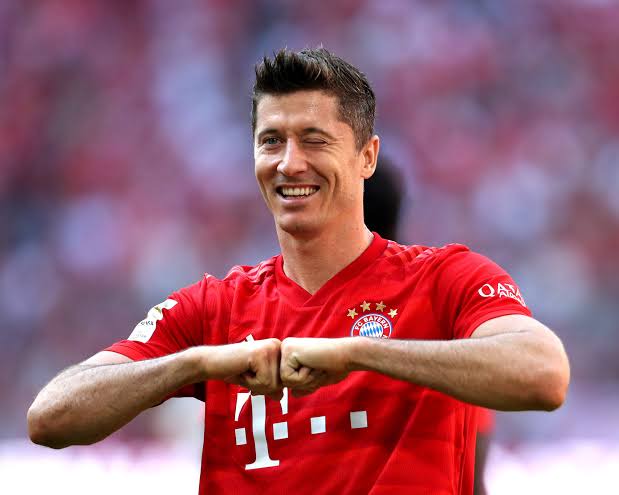 The Portugese international has deployed a flurry of celebrations over the years, but one in particular has come to define his goalscoring exploits. His current celebrations sees him perform a mid-air pirouette before exclaiming "Si!" which is a Spanish word for "Yes!".

The celebration began during his time at Real Madrid and is an expression of delight at scoring. 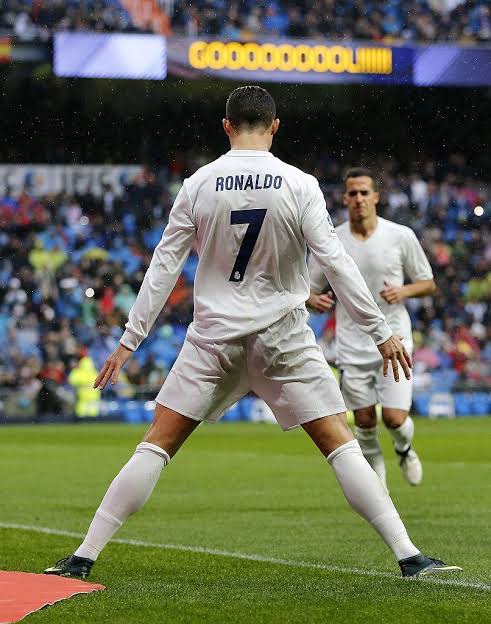 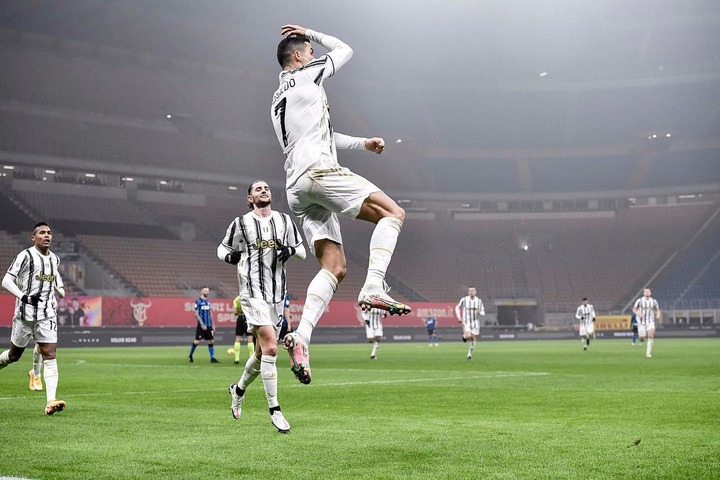 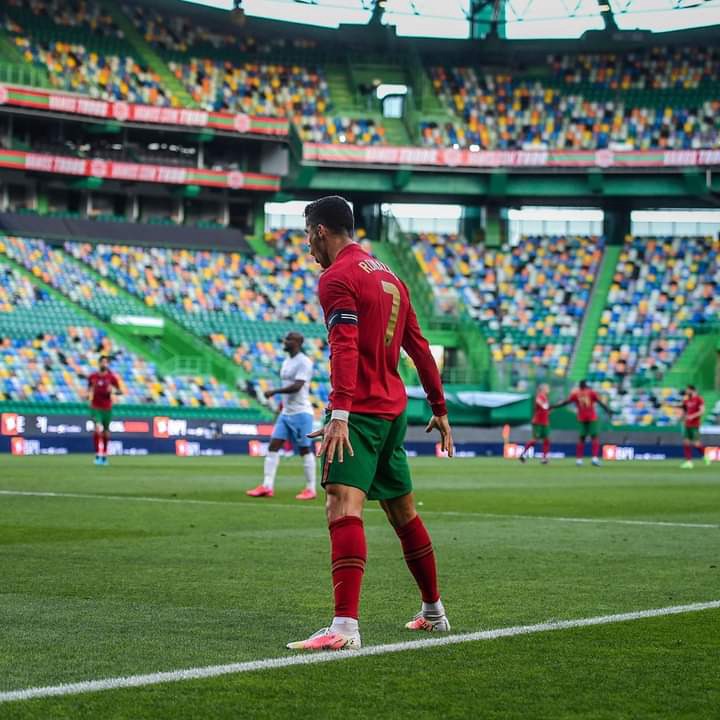 Each time the Uruguayan scores, he kisses his wrist, his thumb, his fore and middle fingers which is actually a dedication to his wife and three children. 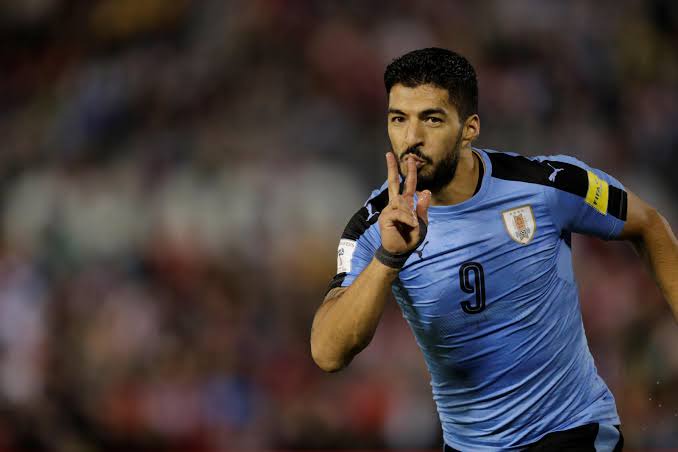 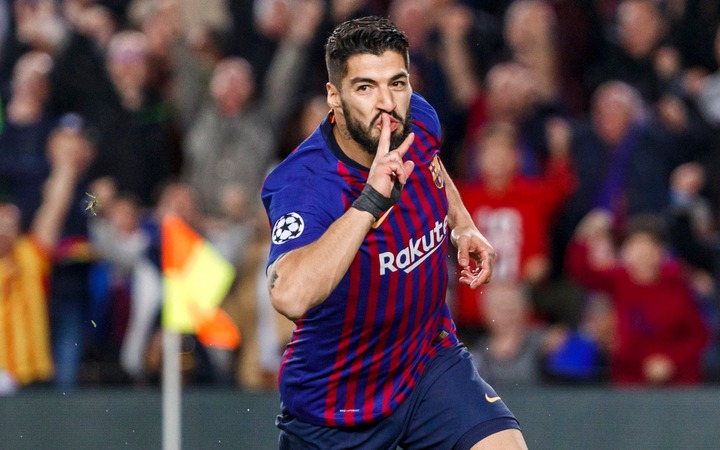 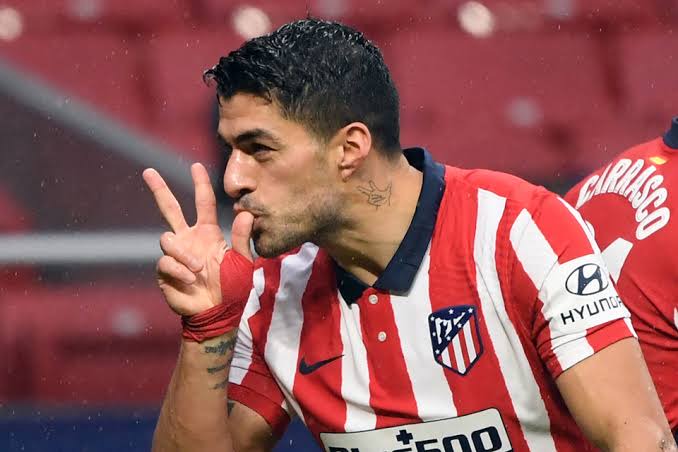 Mbappe's celebration sees him carry out a knee glide while crossing his arms in the process. It's a celebration that has become unique to the Frenchman. According to the youngster, he took the celebration from his brother, Ethan, who did it after scoring a goal playing FIFA. 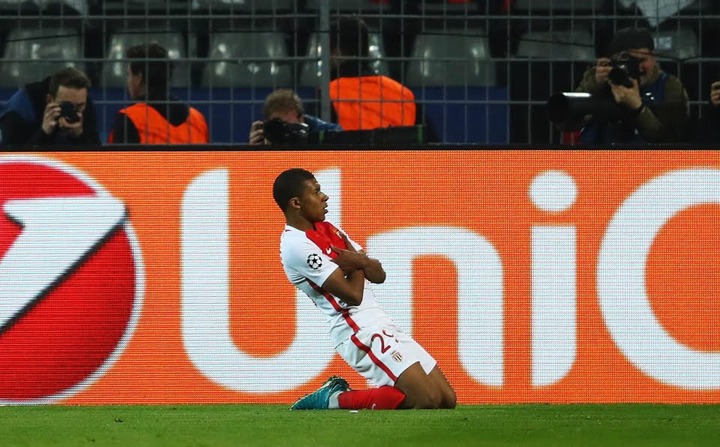 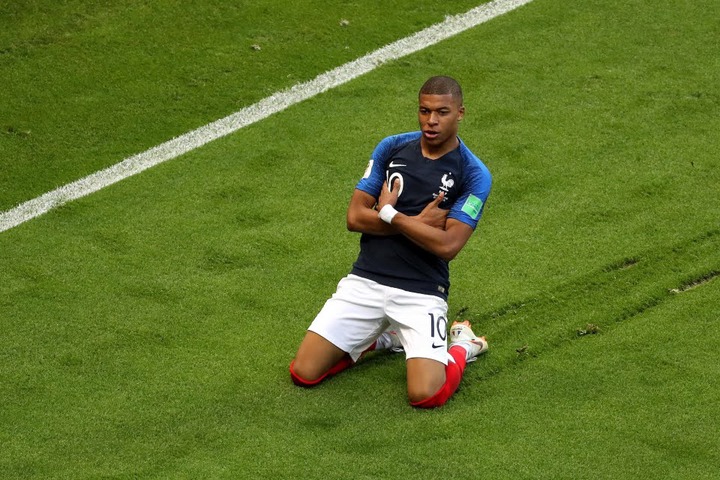 The Dutchman celebration comes with him putting his fingers in his ears. Explaining why he celebrates that way, the Barcelona player said that it is an indication that he is focused and doesn't listen to criticism. 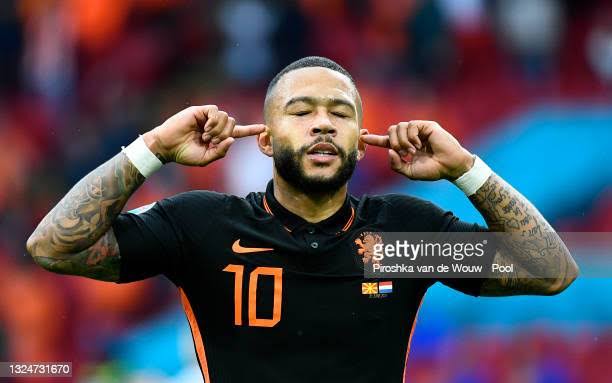 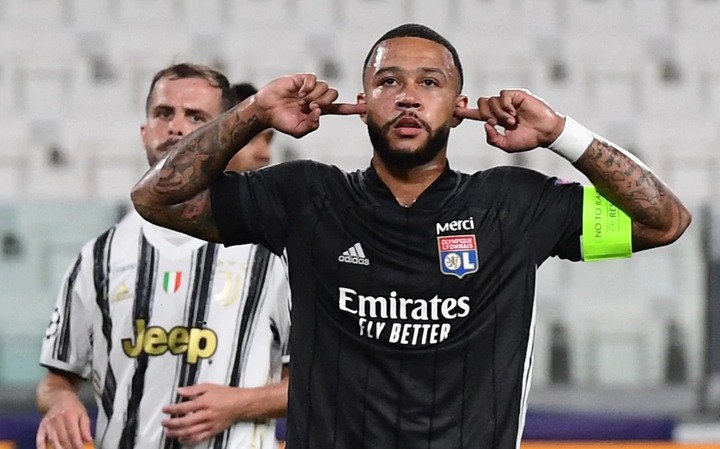 Haaland's famous goal celebration sees him sit on the pitch, cross his legs, touch his thumbs to his fingers and close his eyes, as if in meditation or in a yoga pose. Although he doesn't celebrate this way very often, it is believed that such posture is supposed to help an individual find his zen. 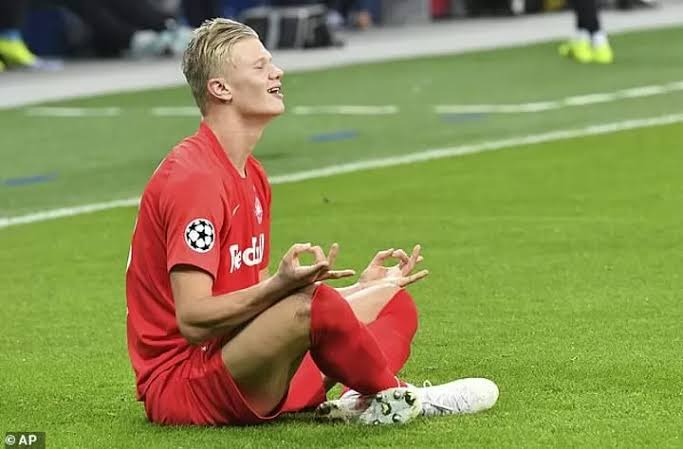 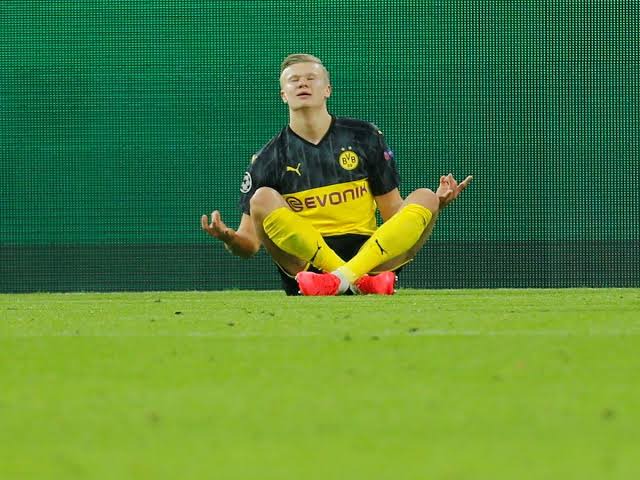 After scoring against his former club Chelsea in a crunch Premier league clash, Mohamed Salah did a celebration similar to a tree-pose in yoga. Speaking to Skysports following the match, Salah said that he is a yoga man and the move just came to his mind.

Although the celebration was quite unique, the Egyptian hasn't been seen celebrating in such style since the game against Chelsea. 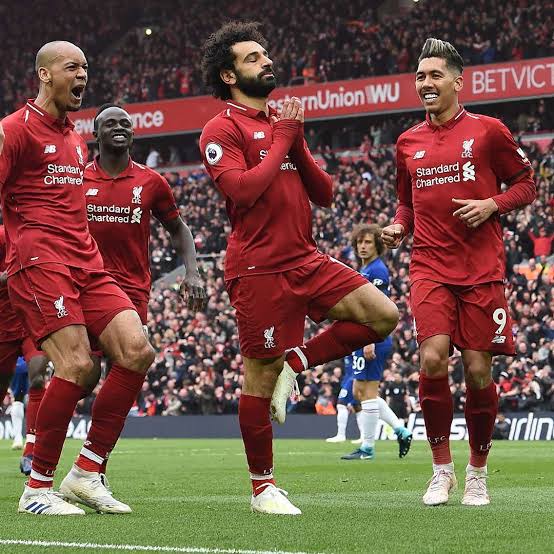